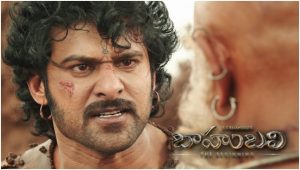 Unless you were living under a rock, it is very much possible that you would not have missed the famous question plaguing the world “Why did Kattappa kill Bahubali?”. With a team that virtually replicated a 1500 ft waterfall, there is no way that Bahubali would not have made it to the number 1 spot on this list.

Story: A baby found abandoned in a river is brought up by a poor couple. As he grows up, he becomes very adventurous. One day he climbs the hill on the other side of the river and reaches Mahishmati kingdom, only to realize that he is not a commoner, but the prince of Mahishmathi, and the son of king Amarendra Bahubali and queen, Devasena. He learns that his uncle Bhallala Deva took away the kingdom from his parents, by force. Kattappa is a royal slave in the kingdom and an ardent supporter of Bahubali. In the end, Kattappa reveals that he killed Bahubali, The reply to the question plaguing everyone is to be revealed in the second installment of Bahubali, which is releasing on the 28th of 2017. 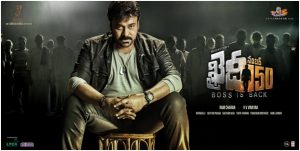 Story: Khaidi No 150 is about a single man’s protest against a multinational corporation. Shankar is a social activist who feels strongly about farming. He fights to save his village from the corporate giants but all his efforts turn futile. Kaththi Seenu is a small time thief who often gets arrested for petty crimes. On a fateful day, they cross paths. They look strikingly similar. Seenu takes Shankar’s place without his knowledge, just to run away with his money, but when he gets to know about Shankar’s struggle, he decides to fight for the rights of the farmers, in a novel way. The movie talks about urbanization and corporatization of villages. 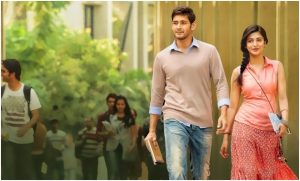 Srimanthudu is one of Mahesh Babu’s biggest releases. It gained Mahesh Babu, a lot of appreciation. This movie was released right after a couple of his box-office duds and went on to become a blockbuster hit, thus breaking the jinx.

Story: Harsha is a multi-millionaire who is not interested in taking over his family business. He is unsure of what he wants to do with his life until he meets Charusheela. She tells Harsha about the plight of the people in her native village, Devarkota. Harsha sets out to Devarkota to help the troubled people and he eventually realizes the purpose of his life. Harsha gets to know that his father had a connection with this village. The movie is all about giving back to the society. It has a strong social message. 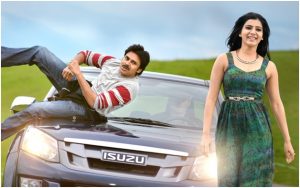 This actor-director duo had already created magic, in the movie, Julayi. Pawan who usually does mass-hero movies had experimented with a family-oriented subject in Attarnitki Daredi.

Story: Gautam Nanda belongs to a business family in Milan, Italy. His grandfather requests him to find his estranged daughter. He sets out in search of his aunt who was banished from the Nanda family after she chose to marry a man who belonged to a different financial status. He finds his aunt and her family, who had become financially successful on their own. He takes up an assumed identity and joins them as a driver. His aunt’s family encounters a number of problems from business enemies. Gautam sets it right, and the big revelation about his identity follows. 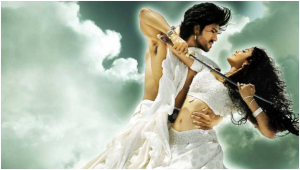 Magadheera captured the audience throughout the country. Ram Charan Teja and Kajal Aggarwal perfectly fit the bill of a guard and a princess, respectively.

Story: A part of this movie is set in the 1600s. Kala Bairava is the chief guard of a kingdom, and princess Mitra is in love with him. Sher Khan kills them, and all of them reborn. The story cuts to the present times. Harsha is a biker who falls for Indu. Raghuveer, the villain is after Indu. They stumble upon the details of their previous birth. 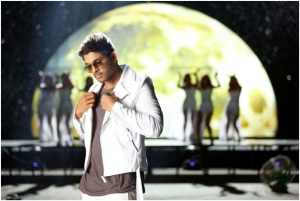 It is a perfect Tollywood movie with the right combination of stars, sentiments, and humor.

Story: It is the story of two brothers, Ram and Lakshman aka Lucky. Their characters are contrasting. Ram is an honest cop, and Lucky is a laid-back guy who doesn’t care much about anything. Ram is the ideal child whereas his brother is a troublemaker. Ram collects evidence to take down Siva Reddy, an aspiring politician, but Lucky ends up interrupting Ram’s plan unintentionally, which leads him to lock horns with Siva Reddy. The race between Lucky and Reddy forms the rest of the story. 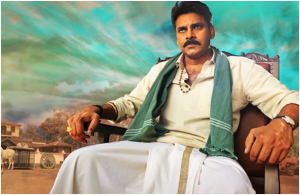 Though it is a clichéd mass-hero movie, Katamarayudu stole the heart of the fans and a spot on this list. It is a recent release.

Story: Katamarayudu is a popular biggie in his village. He is the eldest of five brothers. His brothers try to get him to marry Avantika. Avanthika does not know the rough side of Katama, and falls for him, but realizes the truth and her interest begins to fade. A businessman approaches Katama to smuggle sandalwood, and he lashes back at them. The man joins hands with Narsappa to get back at Katama. The rest of the movie includes a few romantic scenes and several action scenes. 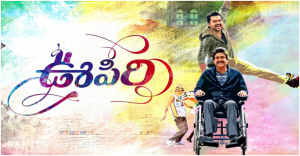 It was one of the most anticipated movies of Nagarjuna. Oopiri is a path-breaking movie that proved to be successful.

Story: Vikramaditya is a rich business tycoon who is confined to his wheelchair. Srinu joins him as his helper and impresses him with his odd ways. They end up becoming the best of friends. The movie talks about money not being the sole reason for happiness, friendship, love, life, and finding happiness in little things. 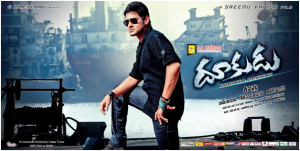 Story: Shankar Narayana is a do-gooder politician, who meets with an accident and goes into a coma. His son, Ajay is a police officer who fights against a mafia gang. He gets to know that Raju Naik, a mafia gang leader, was the reason behind his father’s accident. Ajay sets out to seek revenge. Though it is a clichéd revenge drama, the screenplay makes it appealing. 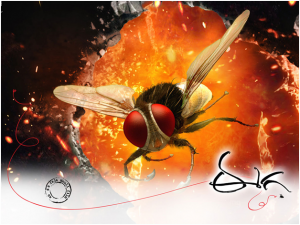 This fantasy drama was loved by kids and, elders alike. Kudos to Rajamouli’s directorial brilliance.

Story: An industrialist lays eyes on a beautiful girl, Bindu who is in love with Nani. Bindu and Nani are yet to express their love to each other, though it is evident that they like each other, The industrialist kills Nani, and he comes back as a housefly to seek his revenge. The housefly and Bindu get together to plot against Sudeep. It is a fun watch.