Rocks Movie Review: The Coming-Of-Age Film The World Has Been Waiting For

“Real queens fix each other’s crowns”, says a poster on the wall in Rock’s home.” Here’s Rocks Movie Review, Rocks – a heartwarming, feel the good, life-affirming and the pleasant film had broken all the records in the London Film Festival last year in October 2019 (It seems so long!). It is now a recent addition to the deeply empathetic and lively content list of Netflix.

Directed by Sarah Gavron, is one who made Brick Lane in 2007 and Suffragette in 2015. It is written by a prize-winning East London new and upcoming British screenwriter and play writer Theresa Ikoko with the TV writer Claire Wilson.

Rocks Movie Review: The Coming-Of-Age Film The World Has Been Waiting For

The British coming-of-age drama film revolves around the vibrant, teenage girls who are imitating their identities to accommodate themselves in the unfriendly world which is quite optimistic. The character is a bunch of newcomers, who all have put so much effect into making it a pretty one. Adding elements pointing the way towards positivity in people’s eyes, where there is only fog in today. 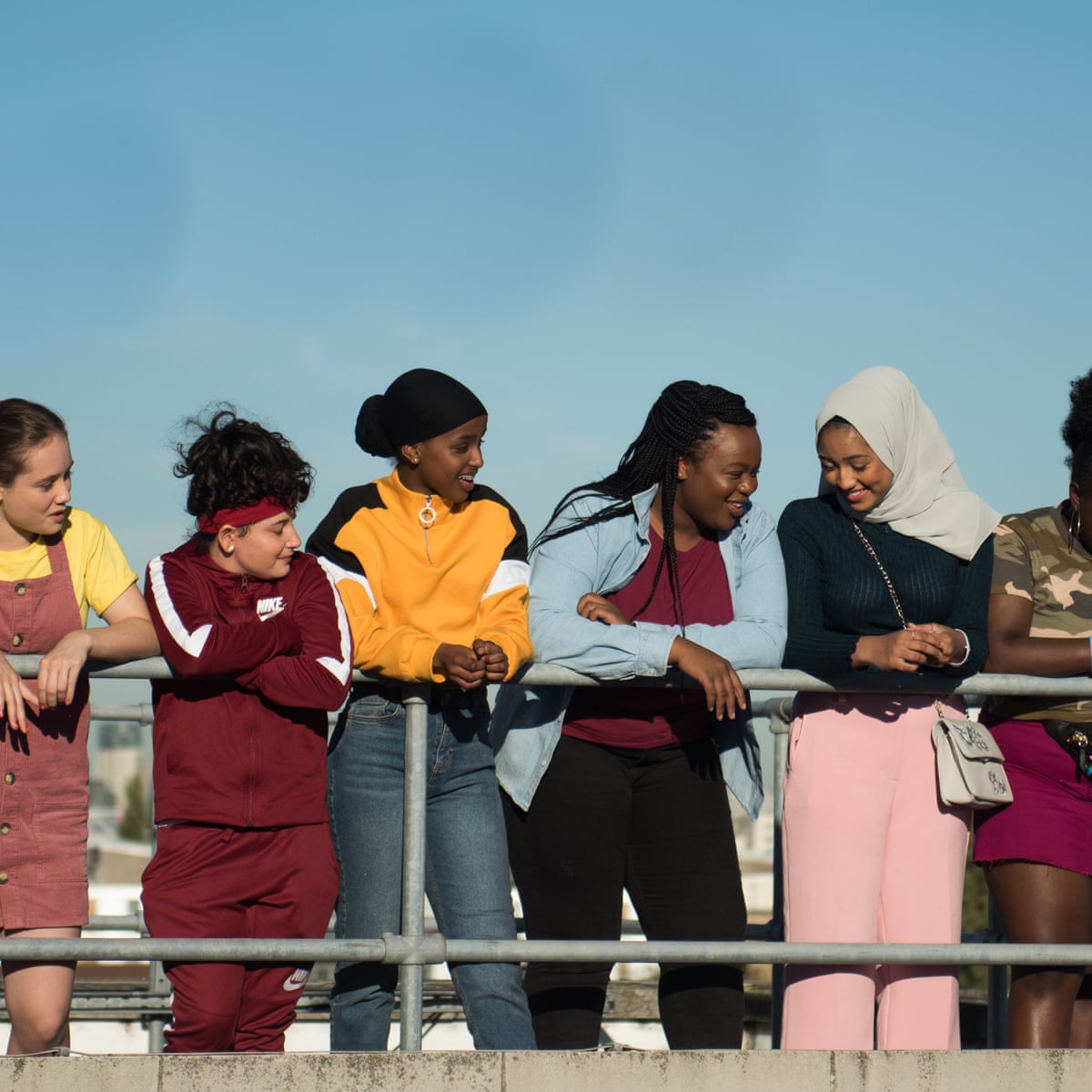 Bukky Bakray, who is playing the role of Shola, is our real Rocks, is a 15 years old fragile force of final year of secondary school nature, residing in east London, beholding the talent of an aspiring makeup artist. On one day arriving from school to her home, she discovers her depressed mother had abandoned her and her younger brother, Emmanuel, played by D’angelou Osei Kissiedu.

Living in a sad and traumatic head zone, all they get a crumpled note from their mother, stating apology to clear her head, and some money to buy the basic grocery. This became a tough choice for both of them to live the life of their own now onwards. Bukky Bakray, AKA had immense love for his seven years old brother.

The struggle got real for both the kids. Rocks, dropped the idea of being pampered or taken care of, instead, she starts looking and taking care of her brother, Emmanuel and of course in the leftover time of herself. She began the part-time jobs in her friend’s houses and cheap nearby hotels while maintaining her head zone in her school and normal life.

But with a curse of time, the pressure and responsibility increased. Resulting she had to shut her close from her enjoyment zone and friends especially her closest one, Kosar Ali, known as Sumaya. Entered a new face, Roshe, Shaneigha-Monik Greyson, who takes a back on Rocks life. An ode to friendship and love

The film is a collaborative work, taken out from the young fresh people of schools and youth programs. The team is a mix of anti-hierarchical people who all have invested their energy, turning this product into an authentic one.

Everything in this film is so heart-melting and cozy that it perfectly fits the ring. Right from the start, the survival has been for the fittest. From the joy of classroom food fight, the electric dance moves on the rooftop, and often in a train carriage is so youth for the mind that you can’t skip the energy they come up. They have got an extravagant music playlist that speaks about the characters deeply.

Capturing the beauty, the filmmaker, Hélène Louvart, has shot some fascinated scenes that are natural. Often you might skip the moment in the drama film, assuming a documentary. The film is extremely sweet to soften your heart. This is an energy you want to live in in a time of the pandemic.

The film is produced by Ameenah Ayub Allen, Hannah Farrell, and Faye Ward. Bankrolled by the British Film Institute, Film 4, and The Wellcome Trust. Edited by Maya Maffioli, and music by Emilie Levienaise-Farrouch. The film is one hour thirty minutes long movie clearly is an immensely contributed one with a casting director, Lucy Paradee, associate director, and Henriques and Rachel Clark. But by the end, you’ll appreciate the cast who has taken all your sorrow and lighting up the screen.

Interesting Read : The Devil All The Time Review: Bad vs Evil