Would you guys give a quizzical look if I say Netflix has become an addiction? I hope you wouldn’t as it has become our go-to platform for binge-watching some of the best movies and series. And, each time you log into your Netflix zone, there will be new series, some comebacks and many, many movies we love to watch over and again. April might be full of heat waves, but Netflix is going to help you keep cool with some best Netflix series. Yes, my readers let me help you to find the best April series on Netflix. Below, I’ve rounded up the best series in Netflix, so you can binge-watch without chewing your brain.

About ‘The Standups’: Finest jokes and non-stop laughs for 28 minutes – this is the only thing the second season of ‘The Standups’ brings to your living room. The thing I loved most about it is the smart choice of having 6 different comic pieces in short span. To be frank, some actually resonates with my preferences and some others aren’t (no hard feeling ‘The Standup’ peeps!) but if you ask personal preference, I would say Aparna Nancherla and Brent Morin.

About The Crown: If you love history and if you always were inquisitive to know about the life of British royals, The Crown is what you should start watching right away. The Crown is the beautiful recreation of historical events showcasing Queen Elizabeth II and her reign. You will fall in love with her more after watching The Crown as they not only focus on the political rivalries but also the romance of Queen Elizabeth. Yes, Claire’s (the female protagonist) chemistry with Matt Smith (the Male protagonist) is a treat to watch.

About ‘Love’: Three simple things that made this series a worth watching – entertaining lead actors, a sharp script, and an ultimate question – Will Gus and Mickey get together?. The reason more fans including myself like this series is because each episode literally hovers into the next – making it feel like ‘Man, I don’t want to miss even a single second of it’. Simply put ‘Love’ is sweet, addictive, and sometimes it’s hilarious too.

About ‘Dark’: This one is Netflix’s first original German series focussing on children who have gone missing. With many twists and turns, each storyline is sure to push you into doing exactly what the creators want you to do – binge. For those looking for a new binge-watch and don’t go stalled over perusing English subtitles, Dark could end up being addicting. Yes, Dark is going to stay with you long after you’ve finished watching.

About ‘On My Block’:  I would like to call it a bittersweet delight that had an immediate hit with fans and critics alike. The group of four friends from a rough Los Angeles neighbourhood kind of takes me through a complex range of emotions which I can’t pen down. And, I accept ‘On My Block’ has a charm that is hard to resist and the kids had me hooked in the first episode itself.

About ‘Stranger Things’: A balancing act between horror and humour, that’s how I would like to describe ‘Stranger Things’. It’s kind of a rare combination of thrill, fun, and weirdness at its peak. I mean how many other web series are based on alternate dimensions? It is one hell of a horror series, lovingly done. So, haters, please step back.

About ‘Queer Eye’: Here’s another feel-good Netflix series. The composers of the show made the thread a balancing one with entertainment, politics, and social aspects but without looking away from the cultural clashes. I’m pretty sure that it will melt your heart and make you cry, but will leave you wanting more and more. 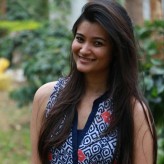