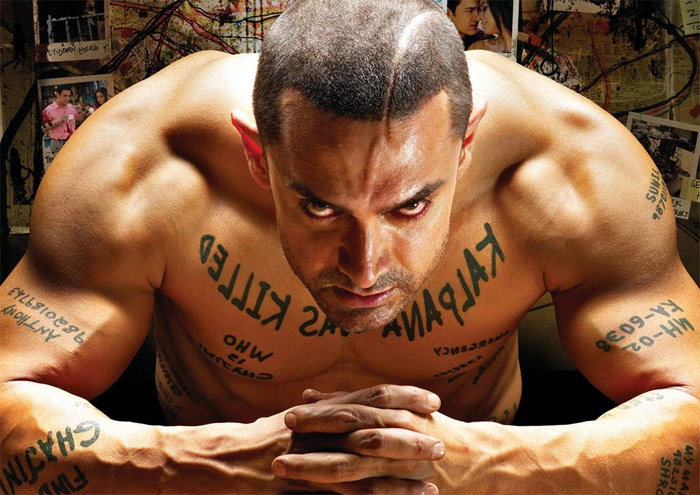 10 celebrity body transformation that will astonish you! 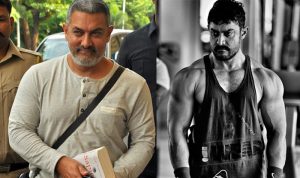 We all are well aware that our very own Mr Perfectionist will leave no leaf unturned to get thing exactly the way he wants it. We first saw this transformation in Ghajni. The movie created a huge buzz in the industry not just as a box office hit but Aamir’s body transformation as well. He doesn’t just bulk up for the movies, he loses tremendous amount of weight to get into the role as well. After Ghajini, he lost some weight to fit in as Rancho in 3 Idiots. And then got in shape for PK and the latest we saw his body transformation was in Dangal where he plays the role of a father to two famous Indian wrestlers. We cant wait to see his other avatars in the future. 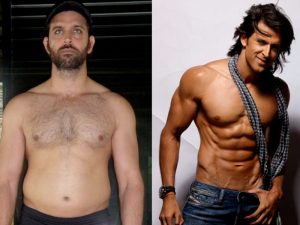 Not many know this but Hrithik Roshan was once told that he could never be a dancer because of his back injury. Man were they wrong! He not only danced exceptionally but also got the best body in Bollywood. From Kites to Guzaarish, where he plays a bed-ridden paralysed Magician character, where he gained a few pounds to fit the role. Right after which he built his body for Krishh 3. He makes it look so easy but we know how hard it is to get that body. 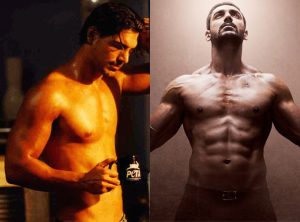 Though we don’t see him on screen much these days, he will always remain our heartthrob. Right from Dhoom, we can say John Abraham walked into the industry with the perfect body. He lost quite some weight for Jootha Hi Saahi. Though the movie didn’t do that great, John moved on and got his 6 pack abs for Force which released in . 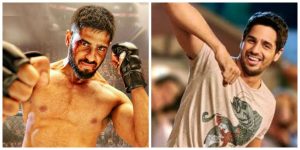 was known to have clean and mean body for the perfect college stud role. But, when he grabbed a role to play in Brothers, He worked on his body. If you have seen the movie, you’ll know that what Siddharth had was sheer dedication and hard work. There’s no easy way to make it big in Bollywood. 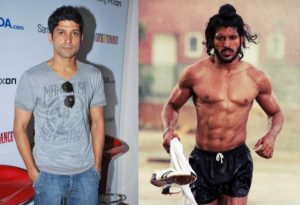 This actor turned director turned singer, is one hell of a talented guy. Farhan Akhtar is also known as a perfectionist among the new age actors. When he was offered to play the role of Milkha Singh in Bhaag Milkha Bhaag, Farhan gave in 200% to work on the perfect body for the movie. He made sure he got the Athlete body. We can never run out of reasons to love this guy, can we? 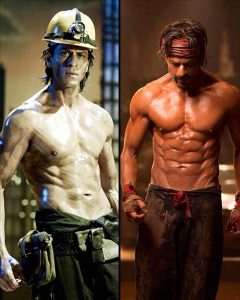 Shah Rukh had done this before in Om Shanti Om, but in Happy New Year , King Khan took it to another level. The superstar had to take his shirt off for just one scene and the actor decide to make it count. This is what he did to himself to play the role of a street fighter a sequence lasting just 5 minutes. He is known as one of the most dedicated actor which is why all directors look forward to work with him. 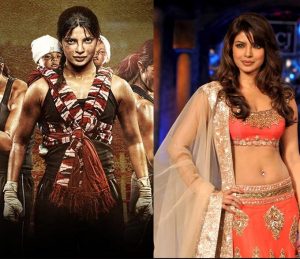 Is there anything our Piggy Chops hasn’t done that will make us love her more? She surprised us in the biopic Mary Kom. She had to get a boxer body to play the role and she did exactly get that. She just showed us that commitment means everything to her. There are very few actresses who would be willing to put in so much effort and dedication. Hats off to Priyanka chopra for this! 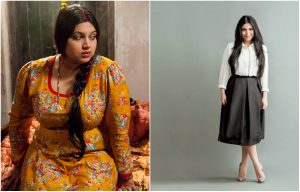 ot many knew about model Bhumi Pednekar until she played an overweight middle class housewife opposite Ayushmann Khurana in this year’s sleeper hit Dum Laga Ke Haisha! Funnily, not many know that she used to look like THIS and bulked up only for this role! 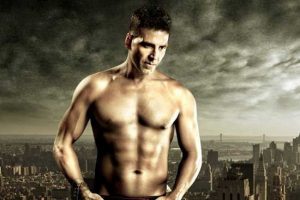 The Khiladi of Bollywood started his career as an action hero and made sure he was a versatile one, who is all good in action as well as in comedy. Being a fitness freak and a black belt in Taekwondo, the superstar performs his stunts himself. He has transformed not just his body but as an actor as well. 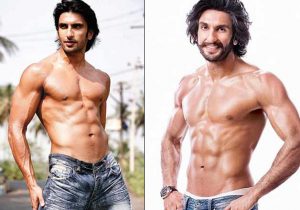 Ranveer Singh is the little She of Bollywood. He never ceases to surprise us with his craziness or his fashion sense. Ranveer worked extremely hard to get where he is in Bollywood, coming from a non filmy background. He worked up that body in RamLeela that was a sure head turner and topic of discussion in B-town. He sure knows how to make news, Doesn’t he?