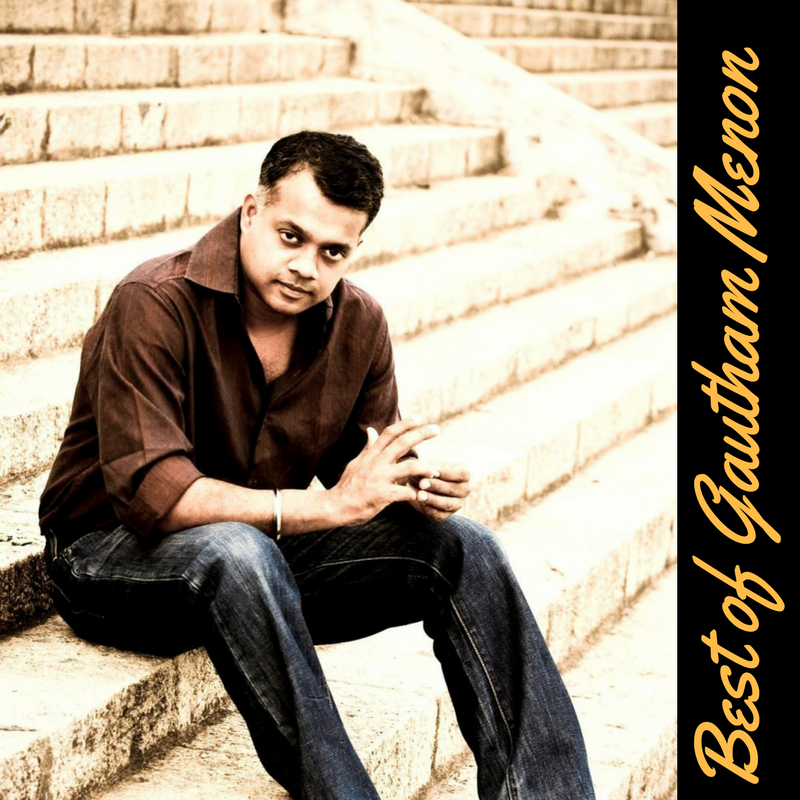 Gautham Vasudev Menon (GVM) is a director, and producer who works in Kollywood, Tollywood, and Bollywood. He is known for his high-profile movies and innovative teasers. Here’s a list of the most loved Tamil movies, directed by GVM-

Anbuselvan (Suriya) is an Assistant Commissioner of Police, who is an encounter specialist. He belongs to a team of four fearless cops, who gun down offenders illegally. He meets Maya (Jyothika), a school teacher and falls for her. His team kills Sethu, a goon. Anbuselvan marries Maya. Pandya (Jeevan), Sethu’ds brother and a rowdy, kills Maya to get back at Anbuselvan. The events that follow form the rest of the story. It is a raw movie. The songs are amazing. The romantic scenes are mature, the cinematography is brilliant, and the movie is pacy. Kaakha Kaakha catapulted Suriya to stardom. 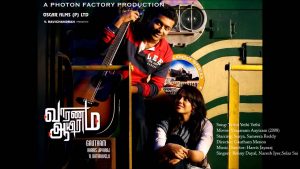 An old man Krishnan( Suriya) vomits blood. His wife Malini (Simran), daughter, and daughter-in-law Priya (Divya Spandana) stay by his side. He dies in a few minutes. His son Suriya (Suriya) is informed about his father’s death. Suriya, an army man travelling on a military mission, begins to think about his father’s life and his relationship with his father. His mother Malini, and dad Krishnan meet during their college days, fall in love and get married. Suriya and his sister Shreya are born. Their parents are very motivating. Suriya falls in love with Meghna (Sameera Reddy), but she leaves to the USA for higher studies. He pursues her and moves to the USA, but she is killed in a bomb-blast. Suriya is unable to cope with her loss, and turns to drugs. His father Krishnan helps him get through the difficult phase. He later joins the army, and Priya confesses her love to Suriya. She is Shreya’s friend and has been in love with Suriya since her school days. Suriya reciprocates, and they get married.  Actor Suriya has done a double role in this movie. 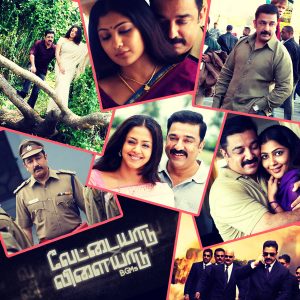 Rani ( Bidushi Dash Barde) calls up her dad Arockia Raj (Prakash Raj) that she’s on her way home, but the next day he finds Rani’s finger outside his house. He calls Raghavan (Kamal Hassan), a cop to help find Rani. Raghavan finds Rani’s bisected body in the outskirts of the city. They find out that she was raped and murdered. Arockia Raj moves to New York with his wife, but they are murdered there. Raghavan flies to New York to investigate the murders. He thinks about his late wife Kayalvizhi( Kamalini Mukherjee) on the way. She was killed by a gang of goons, because of Raghavan’s involvement in a case. He reaches New York, and meets Aradhana (Jyothika), and saves her from a suicide attempt. She had taken the extreme step because of issues with her husband, whom she divorces later. A murder similar to that of Rani happens in New York. Raghavan and his partner end up finding a number of bodies of women murdered in the same fashion.  They track down the murderers Amudhan, and Ilamaran who are brilliant doctors, as well as psychopathic killers. They’ve had the habit of killing since a very young age. They try to kill Aradhana in the same way, but Raghavan finally gets hold of them, after a cat and mouse game. Raghavan and Aradhana get married. It is a very interesting movie. Kamal fits the bill of a serious police officer. The movie was a smashing hit.

Karthik( Silambarasan) is an engineering graduate who aims to become a movie director. He gets introduced to Ganesh (VTV Ganesh), who recommends him as an assistant director to K.S. Ravikumar. He lives in a rented house with his family. The owners stay on the first floor. He falls in love with the owner’s daughter Jessie (Trisha Krishnan). Karthik falls for Jessie, but she does not reciprocate. He gets to know that she had gone to Kerala for a visit. He goes to Kerala in search of Jessie, only to find out that she is getting married. She calls off the wedding stating that she is going to pursue higher studies, but later confesses her love to Karthik on their way back to Chennai. Jessie is indecisive because of her family. One day she calls up Karthik and asks him to come home so that they can elope, but he is stuck in a shooting spot. They break up later, but Karthik is still in love with Jessie. He makes a movie called Jessie, which is about his love story, but the lovers end up together in the movie. In real life, when he comes face to face with Jessie again, he gets to know that she’s married. The movie was a super-hit for various reasons, but the main reason being the astounding music album created by A.R. Rahman. 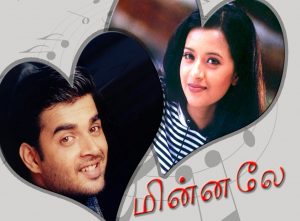 Minnale starred Madhavan and Reema Sen in the lead roles. The movie is about a boy who sees a girl on a rainy night and falls for her. He lies to her saying that he is her fiancé whom she has not met yet, and the emotions that they go through when the girl finally realizes the truth.

Yennai Arindhaal is a cop movie directed by GVM. It has a stellar cast. Ajith and Trisha Krishnan star in the lead roles.