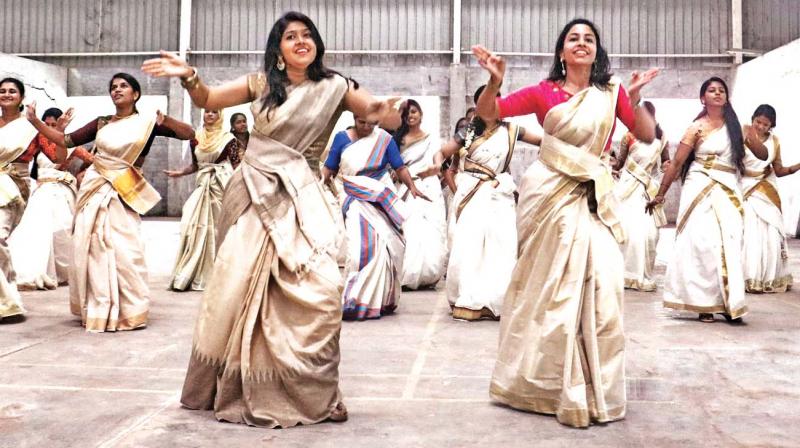 Remember the good old days (let’s just call it that) when Dhanush – Anirudh’s “Why this kolaveri di!” went internationally super viral, overnight? Well, 2017 gives us yet another song that is hyped around the world breaking language barriers! I am pretty sure anyone that uses Facebook or any kind of social media, by now should be aware of Jimiki Kammal.. The Malayalam song that is bringing most people up to their feet and annoying a few others! 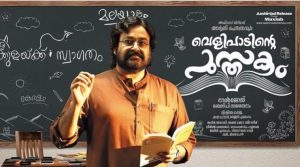 Jimiki Kammal is a song from Mohanlal’s recent comedy – drama flick Velipatinde Pusthakam, released on Onam. Lovably called Lal Ettan by the world for a reason, Mohan Lal has portrayed the character of a vice – principal that changes the fate of his entire college and students.

We always hear people saying “Malayalis are everywhere!” but little do we realize about what the Mallu land has given to the world! From Shakila to Malabar Biriyani, Mallu land has offered us with the best of everything! And now it introduces to the world – The Despacito of India, JIMIKI KAMMAL! Call it Despacito because, a) We don’t know the lyrics and yet sing it on top of our voices. b) The song is so annoying and over-hyped, we hate ourselves for loving the song so much! c) even trying to memorize the words to this song makes us feel like it’s a blue-whale challenge! It is just so difficult and heartbreaking every time you fail – like Despacito! 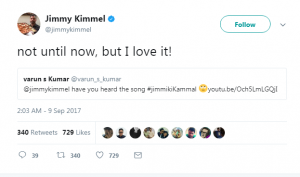 But, nothing can stop the world because it is already tripping on this song! Agree it or not this song makes even its haters chant it most of the time like some powerful spell is upon them! (and that just makes it even more annoying!) And guess who the latest fan of Jimiki Kammal is? The song viral enough that now JIMMY KIMMEL IS TRIPPING ON THE SONG!

Well for those who think the song is inspired by Jimmy Kimmel or somehow related to him, it’s a big NO! We just want to prove it to you by giving you a glimpse of the lyrics. 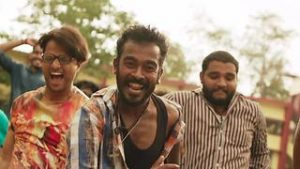 My father stole my mother’s jhumka,

My mother drank up my father’s brandy bottle.

And we still wonder where it mentions or relates itself to Jimmy Kimmel!

Why would we imagine that such a catchy song is still stuck just to the state it was created in? Within a few hours of the release, the song hit massive audience. What first began as people sharing the song for fun later became an addictive anthem not just in Kerala, not just in India but WORLDWIDE!

Not long after the song gained its popularity, people started coming up with their own versions of the song. Videos of people performing for the song went super viral in just a few hours. And the most popular one was the dance video by the Indian School of Commerce celebrating Onam. This video gained the most number views after the official Jimiki Kammal video. The video gave birth to the overnight celebrity Sheril G Kadavan. The video got over 17 million views when the original video from the movie got 28 million views! You can watch the video here.

Following this, many more videos of people performing for the song came out. Here are a few that have grossed the internet in the last couple of days. Check out our top picks!

Jimiki Kammal got plenty of love from its neighbors and Tamils are probably the best neighbors of the mallu land. Tamil Nadu has always got a corner of their hearts reserved for Kerala and its movies and they had opened it up big for Jimiki Kammal. Here is a video of a bunch of guys from DSA, a dance company in Coimbatore showing their love to the song. The video has been viewed over 5 million times.

This probably is the most heartwarming and happy video of Jimiki Kammal you will see on the internet. An entire family dancing to the song in their house, giving their best moves even while eating! The video gained 4 million views.

Team Naach, the female duo from Mumbai give their groovy moves to the song in this video.  Such a pleasant video to watch, the video has over 3.5 million views on Youtube!

Posted late but still with half a million views, Flying Footz Dance Crew, a group of corporate professionals dance to the song with so much enthusiasm! Watching them dance will definitely bring you on your feet.

Yet another video from the corporate industry, this video was made by the Infosys employees. The techies show their super dance talents in this video that has been watched over a million times on Youtube.

Well, when we were thinking the song made just the Indians worldwide dance, we came across this dance group from Russia called the Devdan crew give absolutely amazing moves to the song! Here is the link to check it out!

And this is not just about it. People even got super creative with the song and its fame!

Here is a video by Thean Mittai Swags, a group of friends who gave us a Tamil version of this song! It is super creative and also hilarious! But a good try by the team. If you are watching this video in public we suggest you wear earphones! The video has been watched over 2 million times on Youtube.

Here is a very pleasant Tamil version of the song. Yamuna, a mini Youtube sensation makes a video of the song in Tamil with a lower tune and a beautiful voice. It is indeed a good listen! The video got 50k views on Youtube.

So many viral videos of a song from his movie, Lalettan just couldn’t control it! He made his own version of the song a few days back and the internet just couldn’t handle handle his awesomeness! Here is the video celebrating the song and its success along with the co stars from the song!

Over a month and we are still not able to get over the song. Jimiki Kammal is going strong and we  just can’t stop listening to it!  This song will always be a treasured memory of 2017 for all of us!