There were a lot of blockbuster Bollywood movies like Baahubali, Hindi Medium, Tubelight, Naam Shabana, The Ghazi Attack, Badrinath ki Dulhania Judwaa 2 and many more that released and made a mark this year. The first nine months were a treat for Bollywood lovers. But did you realize it is October already? Within three months, this year would come to an end. But before that for all you Bollywood movie buffs, here are few upcoming blockbusters of Bollywood that you should totally watch and not miss out. 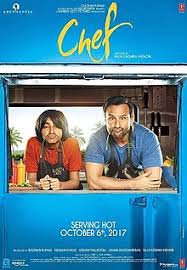 Plot: Based on a Hollywood movie ‘Chef’ by Jon Favreau. The story is a journey of a chef and his love for food and his food truck along with his son. He discovers the bond with his son in this journey. Will this movie do justice like the Hollywood movie? Let’s hit the theatres on October 6th, 2017 and find out. 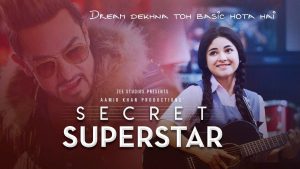 Plot: The journey of a 14 year old girl from Baroda whose dream is to become a singer and how it changes her life and lives of everyone around her. 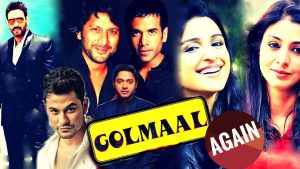 Plot: Rohit Shetty is back with Golmaal Again. The base plot remains the same of two gangs who are not able to stand each other. But with the trailer we can see there are loads of twists and turns and it sure is going to be a fun filled rollercoaster ride this Diwali. 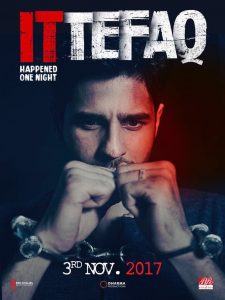 Plot: There is not much revealed about the movie but the movie revolves around two murders, two suspects and two versions of the same and how they unravel the mystery.

Plot: Vidya Balan is back with yet another movie of hers. The teaser hardly reveals anything but it sure is about woman able to fly and achieve what she desires even without wings. There is a lot of humour in it as well. 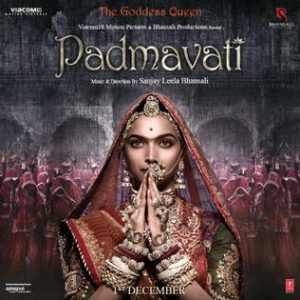 Plot: Sanjay Leela Bhansali doesn’t fail to surprise us. After Ram Leela, he is back again with another Indian Period Film Padmavati with the same duo along with Shahid Kapoor. The movie releases on 1st December, 2017.

Plot: Aditya Chopra is back again with a sequel of Tiger. The story is revolving around an Indian Agent, a Pakistan Spy against a common enemy. Christmas release and it seems too far. Santa, can you come already?

I’m going to watch all of the above. What about you?

As always, if you like what you read then please do share this by clicking on the tiny icons.