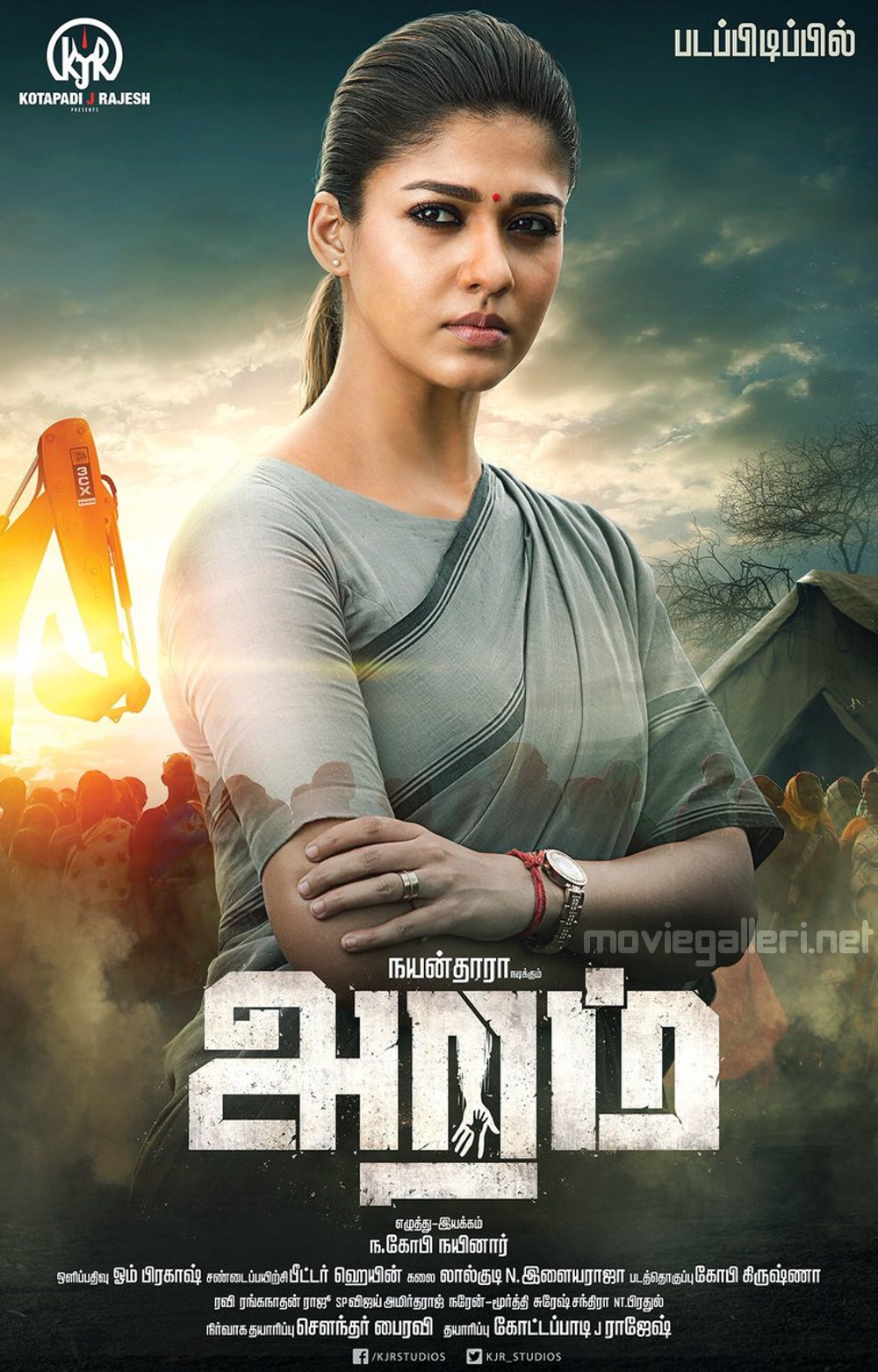 Aramm teaser was released on Twitter by none other than Isai Puyal AR Rahman.

He tweeted, “Here’s the teaser of #Aramm dedicated to our farmers. http://youtu.be/YXMYS-pwU7Y All the best @kjr_studios #Nayanthara #ArammForFarmers.”

The teaser runs for a minute and 6 seconds. It starts with a news anchor reporting an incident in a village torn by poverty.  The land in the village is dry, and there is no scope for farming. There are clashes between the police and the public. There are suicides and deaths.

Aramm is a movie focused on the issues of farmers. Nayanthara dons the role of a district collector, in this movie. She has a few female-oriented movies lined up for release. Though the teaser primarily concentrates on informing the audience that the plot is about issues related to irrigation and farming, the team has also tried to cash-in, on her stardom.

The farmers in our country have been facing issues related to irrigation, lack of rainfall, land turning infertile, and lack of water for several years now. The recent awareness campaigns have brought those issues to the limelight. The movie is being made at the right time.

The scenes strongly remind us of the movie “Kaththi”, directed by A.R Murugadoss. Aramm’s director Gopi Nainar had filed a complaint against Kaththi, stating that the script was his, in 2014. However, Kaththi was given the green signal.

Aramm could be about corporate giants taking over farmlands, or about the recent hydrocarbon and methane gas issues. The score by Ghibran goes well with the plot. The cinematography by Om Prakash is average, considering that he has done great work in a number of movies. Aramm teaser looks promising and has garnered a lot of positive reviews.