The pandemic is here and it looks like it has plans for staying long. Locked in our homes, we are all bored out of our wits. So what better way to feel some thrill than by watching movies that can deliver on it. On paper, Nishabdham promises to be that kind of thrilling movie. But when it comes to the actual execution, it falls apart. In this Nishabdham movie review, we are going to give you all that you need to know to decide if you can watch it or skip it.

The story summary is interesting. Nishabdham is about Shakshi (Anushka Shetty), a deaf and mute woman. She is engaged to Anthony (R Madhavan) and they go off together on a relaxing vacation to celebrate their life ahead. But Sakshi wants to stop on the way at a supposedly haunted house to pick up a much-coveted painting. As said before, the movie looks amazing on paper, but on the screen, it takes up too much and can’t do justice to all of the parts.

Apart from Anushka Shetty and R Madhavan, the movie boasts of a reputed name like Michael Madsen as well. But, the Kill Bill and Reservoir Dogs famed actor isn’t used to his full potential here. But before we get into that, let’s begin this Nishabdham movie review by talking about Sakshi herself. Still fresh off from Bahubali’s success, Nishabdham felt like Anushka was trying to do something different.

Here Sakshi is not really a typical damsel-in-distress. She is smart and wonderfully played by the talented Anushka Shetty. It would have worked too if the story would have just focused on her. There are moments where the director shows us a glimpse into her world but that is bizarrely dropped. The movie would have been much more interesting if it was a silent movie. 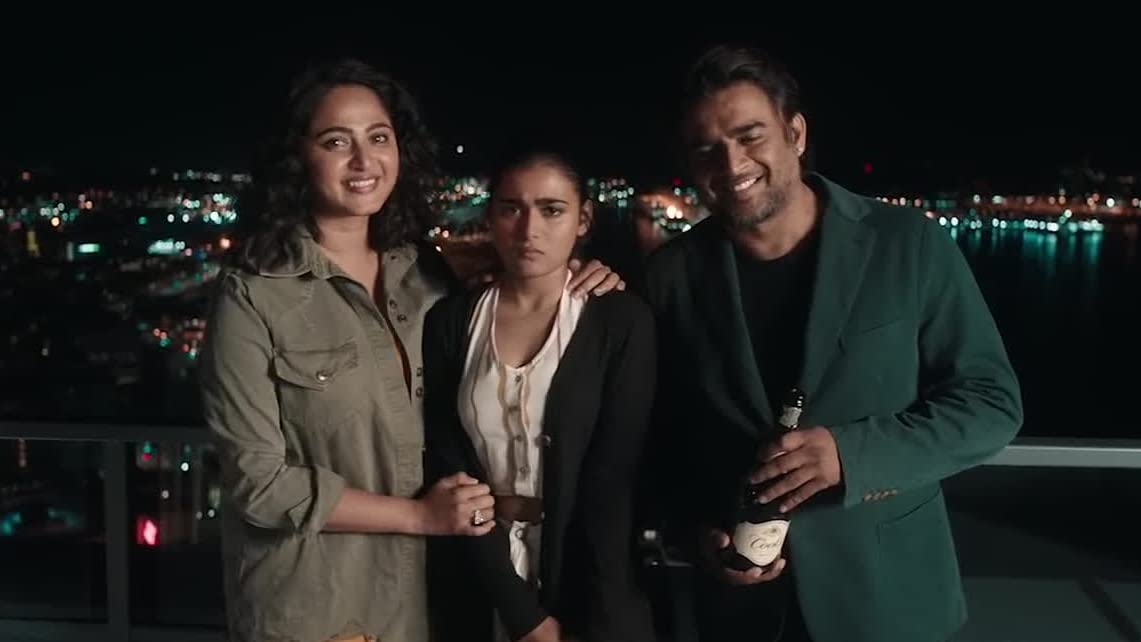 Other characters who play an important role are Sonali (Shalini Pandey), who is Sakshi’s whole world, but has seemingly cut off contact after her engagement. In such a situation she is left to rely on her fiance as well as another friend called Vivek (Subbaraju). Sakshi finds her life in a lurch when she finds out that a couple of Seattle PD officers, Maha Lakshmi (Anjali) and Richard (Michael Madsen) are after her.

The story is narrated from Maha’s POV and she is shown to be a very intelligent cop. But her subpar voice-over unnecessarily over-hypes the film’s plot. Not to mention that the movie simplifies even the minutest of plot points and it feels really insulting to the audience. Subbaraju does well with what he is given but it is Shalini Pandey who shows her acting chops by toeing a very fine line between a sociopath obsessed with her friend and a petulant, rude woman.

The male lead of the movie, R Madhavan’s Anthony, a celebrated cello player is the one who steals the show. It’s not possible to reveal his plotline without giving it all away, but it is his arc that ties Nishabdham together. Madhavan carries his role wonderfully, but it is the dubbing that drops the entire performance. Also just like we wondered what the movie would have looked like if Anushka’s Sakshi’s deaf-and-mute POV was fleshed out more, here too the movie would have benefited a lot if Madhavan’s Anthony had his story explored more.

We said at the very beginning of this Nishabdham movie review that we are going to talk more about the reputed Michael Madsen and the truth is that like any seasoned actor, he handles the sudden creative decisions thrown at him really well. The movie and the character almost feels way too easy for him. But his character loses all the charm because the subpar dubbing strikes again. 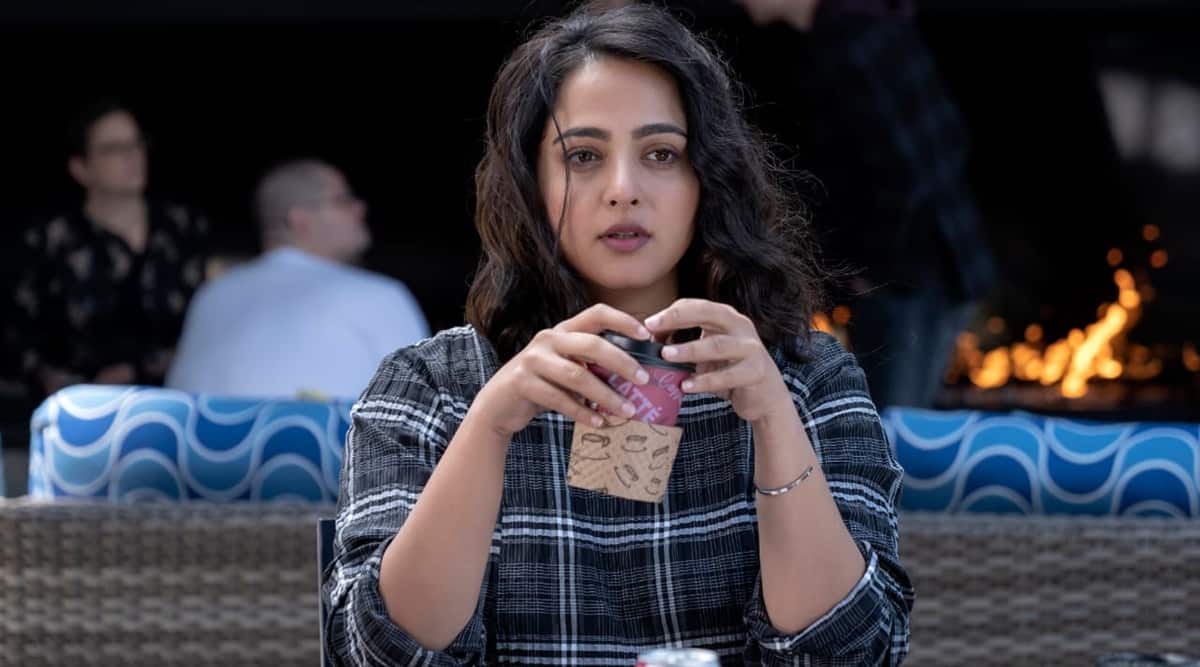 Overall, Nishabdham had the potential to be a really great thriller. It had the star cast and all the elements to be one. But the movie wastes it all on appearing stylish. On the contrary, it would have benefitted from being more minimalistic and silent. As for the music, Gopi Sundar unnecessarily puts in peppy soundtracks that just annoy the viewer. But, Girish G’s score gives the movie the suspicious and eerie atmosphere it deserves.

Interesting Read: ‘The Boys in the Band’ Movie Review

It’s not entirely an unsalvageable movie or an unwatchable one. If you want to enjoy a thriller without thinking too much about it then Nishabdham will fit your bill. Also, Anushka and R Madhavan fans would like this new and different offering from their favorite stars.