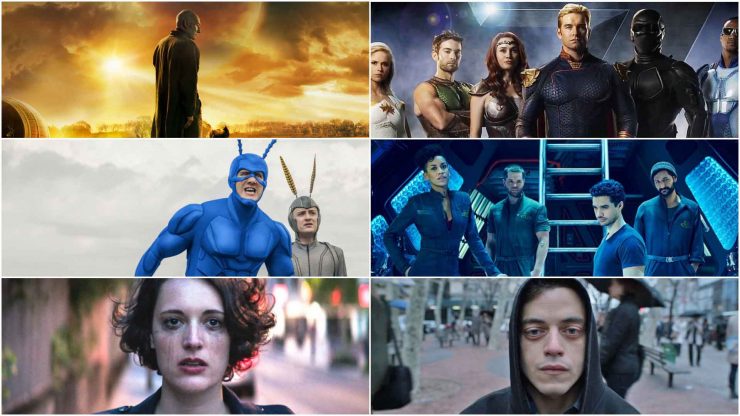 Being a worldwide viewing platform, Amazon Prime undoubtedly has a number of viewers who remain engaged in exquisite shows. But keeping yourself updated with new ones seems like a headache. However, we have got you covered for the right April dosage, and thus presenting you with some of the best shows on amazon prime.

Here’s a list of some of the best shows on amazon prime!

If you are a true fan of the Game of Thrones, then there are high chances that you are going to fall for Vikings as well. Just like Game of Thrones, one of the best shows on amazon prime, Vikings has to offer a lot more alongside. Piled with some adrenaline rush violence and drama, Vikings takes us on a rough and rumbling journey. Besides, its exquisite story and excellent set design add to its glory to make it count as the best one AmazonPrime has to offer. However, if you are looking for some hint of reality then let us tell you, it’s filled with fantasies all the way through!

Much like the Lost, the Wilds narrate the story of a group of individuals who crash land on an island and something mysterious grasps their attraction. The factors which grab it the place in the list of best shows on amazon prime are definitely its story, plot, and actors! It is, however, quite interesting to watch how all the teenage girls find their path after the plane crash and discover the mystery on the way. Just so you know – these innocent girls are only a part of the greater plan.

Wondering what fetches the Truth Seekers a place among the best shows on amazon prime? Well, then you know nothing! Though only an eight-episode series, it never fails to amaze its audience with ample thrill and heart-brimming comedy. However, as they travel through the streets of the United Kingdom and investigate the matters, then only they discover the supernaturalism lying around which can threaten the human race.

The brilliant comic book series is something that fantasy lovers crave all the way through. Standing as a competition to Marvel and DC, the show does justice in each and every sphere. It is, however, quite interesting to watch whether the topsy-turvy series can maintain the thrill and surprise the readers with the cacophony of blood and bombs and maintain its position of being one of the best shows on amazon prime. The hero of the story is Hughie, a normal man whose partner is brutally murdered by a corporate, Supe. Billy Butcher, who’s also had his own run-in with the superpowered, has a vendetta, and he teams up with the reluctant Hughie.

Tales from the Loop

Based on a machine, which has been built to save the universe from its extreme fatal future, “The Loop” focuses on a group of individuals living in Ohio. What makes it count as one of the best shows on amazon prime is the fact how the extraordinary machine makes a difference in the lives of different ways, in different ways.

Prior to The Boys, there was another hero on Amazon. We are, obviously, discussing The Tick, a safe legend who battles wrongdoing and has an apprehensive, overwhelmed side-kick. At the point when the lowlife The Terror returns, the pair should cooperate to save the city’s residents. With its whimsical humor and meta-hero tricks, this presents one’s a delight to watch from beginning to end.

Based on the life of a hacker, and his adventures, Mr. Robot is renowned as one of the best shows on amazon prime for a reason. The innovation wunderkind at the core of this story is not normal for some other on-screen portrayals. The Hero, in any case, is a PC genius, who joins the positions of the baffling Mr. Robot under the misrepresentation that their band of advanced vigilantes will liberate society from the grasp of corporate America.

Now that we have taken you through some of the best shows on amazon prime, what are you waiting for? Plan your watchlist, and binge-watch through!