Obsessed with The Crown? Here are 14 books that will feed your addiction with royal families

Have you seen ‘the crown’, you know that show on Netflix? Silly question, of course, you have, it’s about the royal family that ruled most of the world and shaped history to its liking.

What did you like the most about it? The costumes, the drama, the conspiracies or just saying that thirst inside you to get to know more about royalty? To get a feel for how royalties work, and what goes on in the minds beneath the crowns? If so, then I recommend these books that will feed your addiction with royal families.

Here are 14 books that will feed your addiction with royal families.

1. The other side of the coin; The Queen, the dresser and the wardrobe, by Angela Kelly 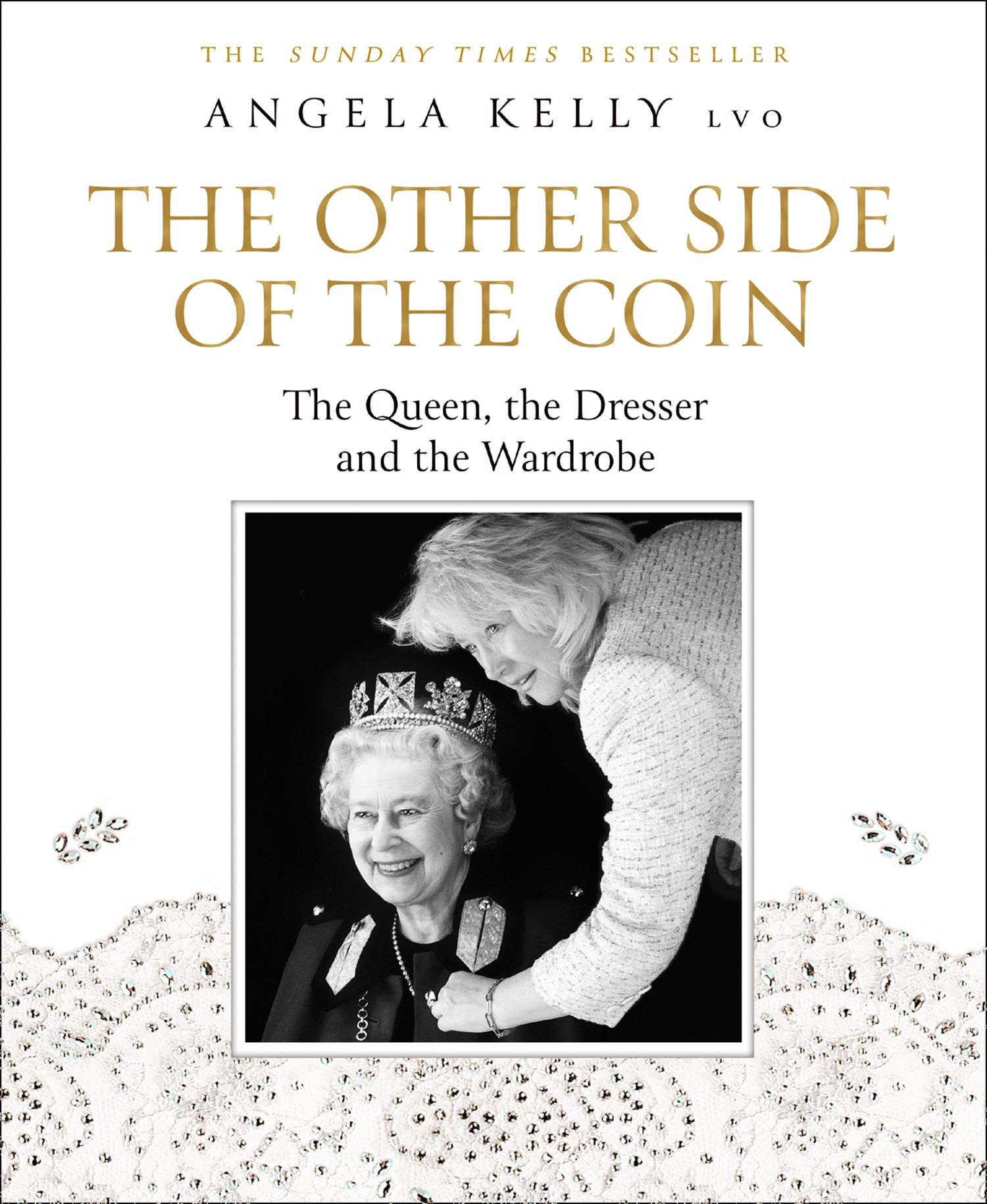 If you follow the royal family of Britain’s trends and fashion statements, you must know that the coat dresses in various colours of the rainbow with matching pearls, hats and gloves have become a fashion statement of Queen Elizabeth II.

This book written by Angela Kelly gives away into the life of the Queen through the perception of her stylist who has become more of her personal friend and advisor over the years. This author lets us be a part of the process of styling and dressing up the Queen, as her stylist shares unique stories happening behind the other side of the coin.

This book by Craig Brown takes us through the personal life of mysteriously unusual Princess Margaret, famous for her curious encounters with popular figures like Twiggy and Elizabeth Taylor and some forbidden romances too for which she became known around the world.

This is quite a different take on the biography by its author filled with essays, parodies and interviews which tries to unravel the Enigma that is the Queen’s younger sister.

3. The house of Jaipur, by John Zubrzycki

Author John Zubrzycki writes about the royal family of Jaipur, revolving around Maharaj Sawai Man Singh II and Gayatri Devi. It takes us behind the curtain of glorious palaces and glamourous dresses and polo matches of royal families to the forbidden love stories and the history of fights between se royal families.

If you would like to know more about the royal families of our nation, and about how they adapted to the change in the whole system of governance through the changing times of before and after India’s Independence.

This book was written by Anne Edwards shows us the relationship between the two sisters from their budding years to their adulthood. Diving deep into the special events of note and the true dynamic between the Queen and the Enigmatic sister.

‘The crown’ and in it, the portrayal of the Queen and her sister by carter and Coleman gives us a peek behind the royal perfection, showing quite clearly how the two sisters were just antonyms of one another. This is a story of what truly happens on the other side of the coin inside the royal castle.

5. The Little Princesses, by Marion Crawford 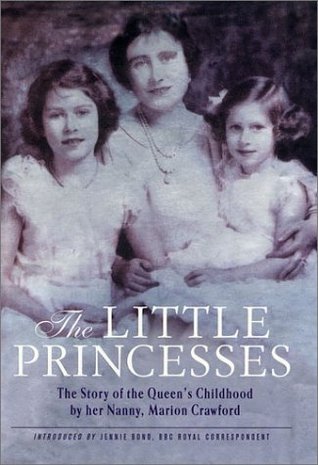 This book was written by none other than the Nanny of the Queen, mostly going through the personal lives of the royals and how she helped make them the people they were, royal and down to earth at the same time.
This book came much before any of the royals were properly documented and their personal lives were still a mystery to the world at large. Marion Crawford who had previously said that she had personal permission by the Queen herself to write about the family, was avoided by the whole royal family after the book came out and their enigmatic lives became public.

6. Lady in the waiting, by Anne Glenconner

This book was written by the lady in waiting of Princess Margaret, Anne Glenconner, as she wades through the historical events and political storm in the shadow of the Enigmatic Princess.

This book is about the events of note that happened during her employment and how it all interfered and affected her own life. Despite the expectations about the book, it was quite a curious reveal for critics to learn that the book was not merely juicy bits of info and some gossip about the royal family and its forbidden secrets, but surprisingly deep and sometimes sad, as she explores her heartbreaks and darkness her life goes through in the shadow of the splendor royal glamour.

Also read- New On Netflix October 2020, Plus What’s Coming Next

If you’ve watched Bollywood movies based on historical events, you must have watched scenes on the unusually intense stories and legends about Rajputs, and wondered if any of it true or just tall tales?

Well, you need not wonder anymore, just read this book as the author explores the truth about political feuds, battle stories, fight between royal families, all the legends, the myths related to the Royal Rajput of Rajasthan.

8. Diana: Her True Story- in her own words, by Andrew Morton 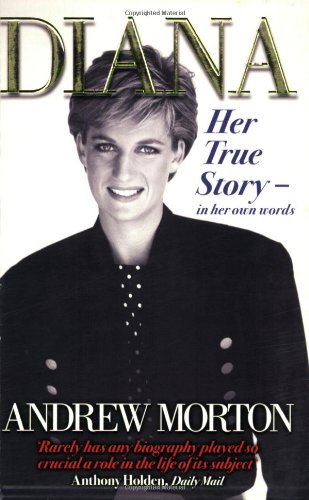 This book may have been written by Andrew Morton but the actual setting of the read is a first-person perspective of Dianna herself.

This book reveals the life of one Diana Spencer who goes on to become one of the most popular royals in the whole world, a legend in her own right.

This book contains her honest retellings of the struggles she went through with her eating disorder, her dynamic with the Queen, her failing marriage while trying to assimilate in the family as well.

9. The last Nizam, by John Zubrzycki

You have seen movies about Mughals, about southern Indian dynasties, and Rajputs as well, but how much you know about the untold stories of the intriguing and wealthy history of the Nizams of India?

This book revolves around the last heir to the Nizams and the rich history of the family and its wealth, while detailing the events that caused the last Nizam to leave everything behind and move to Australia.

10. Finding Freedom: Harry and Meghan and the making of a Modern Royal Family, by Omid Scobie and Caroline Durand

A very relatable and relevant book for modern times by Omid Scobie and Caroline Durand, exploring the events and things that led to Harry and Meghan decided of leaving their titles as senior Royals.

This is a story of love between a prince and an actress of different continents, different races and how these differences led to the discrimination and racism Markle had to face, how the media kept targeting and attacking her, how the couple had to go through difficult situations in the royal family and how it all led to them deciding to leave it all behind, to choose freedom over royal limelight and splendor.

11. The Royal Stuarts: A history of the family that shaped Britain, by Alan Massie

This book tried to tell the tale about renowned royal names such as Mary, the Queen of Scots, Bonnie Prince Charlie and Charles I. It is a story of royal intrigue, secret dealings, blood feuds, betrayals and the most blood-drenched times of the history of royal starts and how those events molded world history.

12. Victoria: A Novel, by Daisy Goodwin

This novel was written after much thorough digging into the history of the royal family by Daisy Goodwin. It sculpts the image of Queen Victoria, great-great-grandmother to Queen Elizabeth and her dealing with her change in circumstances with even picking a much more appropriate name for the position of the Queen.

This book is a detailed account of her life, a journey of her adaptation as she becomes the Queen of the most popular and powerful royal family of her time.

13. A Princess Remembers: The Memories of the Maharani of Jaipur, by Gayatri Devi

This book is an autobiography of Gayatri Devi, the Maharani of Jaipur. Remembering the events and life of her early childhood to her budding years to her marriage with the Maharaja of Jaipur and her eventually becoming a legend in her own right.

This book is an amazing tale of the extraordinary life of one of the most popular royals of her time and a style icon adapting with times.

14. On duty with the queen, by Dickie Arbiter

This is an autobiographical novel about the events of note happening in the Birmingham palace by the royal spokesperson of the Queen.

This Novel revolves around Dickie Arbiter, the spokesperson of the Queen, in his forty years of employment, from his perspective as he witnesses the various events unfolding around the royal family.