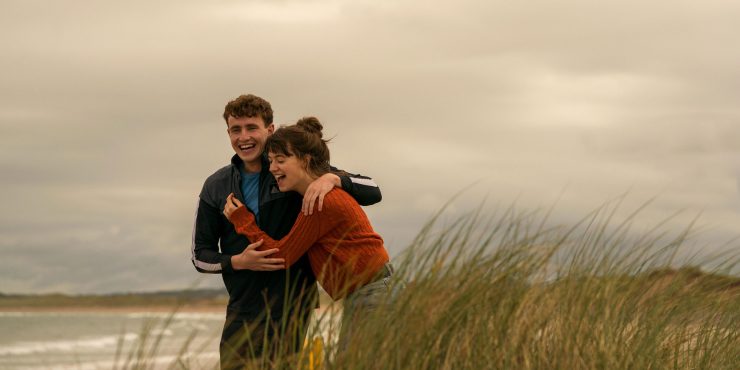 Bollywood movies these days are nothing but repetitive cassettes which keep on repeating the same thing again and again. Since black and white, our  Indian audience has been watching movies in theatres, and now again, our Indian audience wants some entertainment by watching new concepts. New ideas like the best TV Shows on Lionsgate Play that Bollywood can hardly provide our Indian audience surely know the value of 2-3 hrs of sitting and watching the same melodrama repeatedly.

Movies or every online content they want us to see should have real emotions and some real facts to connect with them and remember them forever. Indian audience won’t connect with the content which they are watching; every audience wants to watch their protagonist in a real way in which everything to be real.

If you are thinking of Hollywood, then you can find some of the best TV Shows on Lionsgate Play; if you are thinking of investing your valuable time for some kind of entertainment, then Lionsgate play would give you the best return where you will find many existing Hollywood shows. We always believe in providing our watches with the best quality of entertainment, and Lionsgate play would be the best stop. So hold your popcorn and be ready for the best Hollywood entertainment in just one OTT platform in just 99/- per month. This is also available on Fire TV to download for free.

Here are some of the best TV shows on Lionsgate play that you should definitely watch this month!

This is the first name of a TV show on our list, starring Anna Kendrick, Zoe Chao, Peter Vack, and Sasha compare as its main lead; this American romantic comedy is a streaming television series created by Sam Boyd in May 2020. It is an anthology series that follows a different person each season from their first romance until their last romance. There’s only one season that is premiered which contains in total of 10 episodes. Denise Pinkley produces a love life. This is one of the best TV Shows on Lionsgate Play and is something that you shouldn’t miss watching this month.

This is our recommendation for our viewers to watch this Emmy nominated Irish drama series, which brings to light the complexities that are a feature of modern-day romance. This show ‘Normal people’ Has been recognized as the New York Times best TV show of 2020. The story of this show revolves around two innocent love birds Of school, where they traverse adulthood and attempt to juggle between their love for one another and the outside world. This story shows the struggle of two school sweethearts. We recommend our watchers to definitely watch this pure love.

This shows is an epic one. It is all about the Syrian war that follows a young French man as he searches for her sister, which he presumes to be dead in a war in Syria. This series is one of the best emotional drama series, which is packed with thrills.

Love Island is a British dating reality series that takes us all on a fun ride. This is a reality show which has started on January 22nd this year. It is the kind of entertainment which we all need this year. It has got an IMDb rating of 5.2/10. This show is all about series of tasks in which a group of men and women accept some task to be done with a partner until they fall in love with one of them this show could make us feel really entertained as this contains some comedy plus romance in reality. This is going to be popular among high school students.

This story tells us all about the history of Rome from the 8th  Century BC. This story is all about the founder of the Roman Empire and his twin brother Remus. We all hated history, but this story will get us all hooked, and we can’t resist but to watch it. This series has got 6.5/10. This story revolves around loneliness and violence during the era of which people have seen and have also experienced.

And when we completed knowing our history by watching Romulus, it’s time for a deadly game which is a crime anthology drama series that is absolutely and totally based on true world events. It is the second season of a popular series that was launched back in 2017. This has got an IMDb rating of 8.1/10.  This story tells about an FBI profiler who uses forensic linguistics to solve a crime in the 90s.

Casual is a drama-comedy series that has in total 4 seasons starring Michaela Watkins, Tommy Dewey, Tara Lynne Barr, Nyasha Hatendi, and Julie Berman as their lead cast. It has a total of 44 episodes. It was first premiered on the 7th of October 2015. This story revolves around Valerie, who is a successful therapist but a divorcee. The reason for her divorce is she had found her husband with another younger woman. Casual is a story of an ambitious woman who has divorced her husband and lives with her brother and her daughter. This series has got an IMDb rating of 7.5/10.

Somewhere in our lives, we all have imagined Royal life and their day-to-day duties and etiquettes. Also, we have fantasized about their culture. So this is for all who have thought of the royalty once in their lifetime. This story is about Queen Helena, who does everything to save and keep the royalty under her control when her elder son got killed, and unexpectedly, Liam, who is next in line for the throne, has to take charge by adjusting the duty and love of his life. This is something which you could watch with your whole family. This is one of the most popular TV shows on Lionsgate Play which you can watch this month. It has got an IMDb rating of 7.5/10.

Spartacus, starring Andy Whitfield and Liam McIntyre as their lead, is an American television series. It is one of the best TV shows on Lionsgate Play to play this month.  This series has got an IMDb rating of 7.3/10. It is a historical drama that was first premiered on 22nd January 2010 and concluded on April 12, 2013.

Madmen is a Period drama starring Jon Hamm, the main character who is a womanizer and the talented creative director at Sterling Cooper. It shows the drama set up in the 1960s and 1970s. There are a total of 92 episodes of this series. Lionsgate Television produces this series. This is surely one of the best period dramas one can watch on Lionsgate Play this month. It has got an IMDb rating of 8.6/10.

Zoey’s Extraordinary Playlist is an American musical comedy-drama television series. It was first premiered on the 7th of January 2020 and is created by Austin Winsberg. This story revolves around Zoey Clarke, which Jane Levy plays. She has the ability to hear the innermost thoughts of people in the form of songs. This series also has various stars such as Skylar Austin, Alex Newell, John Clarence Stewart, and other talented actors. This series has got an IMDb rating of 8.2/10 and is one of the best TV shows you can definitely watch this month. This series has another season which was premiered on 5th January 2021.

The Goes Wrong Show is a comedy-drama series on Lionsgate Play which Mischief Theatre develops. The first season premiered on the 23rd of December 2019. This show stars some most talented actors like Henry Shields, Henry Lewis, Jonathan Sayer, Dave Hearn, Charlie Russell, Bryony Corrigan, Nancy Zamit, Chris Leask, and Greg Tannahill. It has an 8.5 IMDb rating. It is a British comedy-drama which contains Daftness and above all, laughter.

Weeds is an American comedy-drama television series that has a total of eight seasons and 102 episodes. It is created by Jenji Kohan and was first premiered on the 8th of August 2005. The story has a plot of a widow who is a mother of two who is selling marijuana in order to support her family. It has a main lead Mary-Louise Parker who is a widow. It has got an IMDb rating of 7.9/10; other actors include Justin Kirk, Elizabeth Perkins, Andy Milder, Hunter Parrish, and Alexander Gould. It is a dark comedy TV show. Mary-Louise Parker has also won a Golden Globe Award for her role in Weeds.

Graves is an American comedy television drama series that has two seasons and a total of 20 episodes. It was first premiered on the 16th of October 2016 and has got an IMDb rating of 6.6/10. This series is created by Joshua Michael Stern, who stars Nick Nolte, the main lead of the series. Richard Graves (Nick Nolte) is a former president of the United States of America who attempts to make amends for the mistake he made in his tenure in office. It also stars other actors such as Skylar Astin, Helene Yorke, Chris Cowell, Callie Hernandez, and Sela Ward.

15. The No.1 Ladies Detective Agency

The No.1 Ladies Detective Agency is a  comedy-drama television series that is based on the novel of the same name. This has only one series with seven episodes: Jill Scott, Anika Noni Rose, Lucian Msamati, and Desmond Dube. Richard Curtis and Anthony Minghella create this series. It was first premiered on the 29th of March 2009. This show has also won a Peabody Award. It has got an IMDb rating of 8.2/10. This story revolves around a woman who opened her own detective agency in Botswana with mechanic Mr. JLB Matekoni.

Here was the list of TV shows that you can watch on Lionsgate Play this month. You can explore the other side of Bollywood, and you will definitely live watching these shows. If you have any other suggestions regarding this list or want to add them, please feel free to tell us in the comments below.