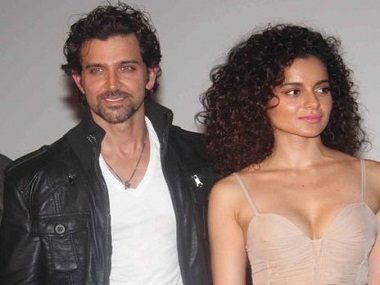 Who is the Victim – Hrithik Roshan or Kangana Ranaut?

The Hrithik-Kangana Fiasco has been out in open for a very time now. There has been no end to it and it is spoken about on Social Media Platforms, News Channels, Radio, Newspapers – name the medium and they have covered it. In the beginning of September during the film promotions of Simran, Kanagana Ranaut was invited to the famous talk show ‘Aap ki Adalat’ by Rajat Sharma. Kangana left no place for mercy in exposing (or the Kangana’s version of the truth) Hrithik Roshan and Rakesh Roshan. She revealed her version saying that Hrithik and Kangana were in a relationship for 7 years and they were to get married after the divorce of Hrithik and his ex-wife Suzzane Khan. Here is the entire video of that interview. 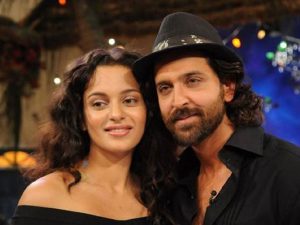 Little did we know that Hrithik will not sit back and watch Kangana’s version of the truth. On 5th October 2017 he poured his heart out on his Facebook Wall. He has made statements like ‘The truth is, I have never met the lady in question one on one in my entire life. Yes, we have worked together, but there has been no meeting in private. Thats the truth’. Also, he completely denied that the couple was engaged ‘My passport details show no travel outside the country in Jan 2014, which is the date that this alleged engagement supposedly took place. In Paris.’

“I choose to be on a path of creativity, productivity and constructive work. Anything that isn’t in alignment with that, I tend to ignore, sidestep and treat as a distraction.

I believe that ignorance, non reaction and staying on the path of dignity is the best way to discourage any persistent unwanted intrusions. But Just like a nagging health issue sometimes ignored can turn malignant, this situation for me has unfortunately turned malignant.

In case of the matter at hand, it seems the media has no intention of letting go.

I don’t see any grace in adding to this circus by testifying in defence of my character in a situation that I have no involvement in whatsoever.

I have been dragged into a dirty perverse mess without a choice in the matter. This is something that is not of my making.

The truth is, I have never met the lady in question one on one in my entire life. Yes, we have worked together, but there has been no meeting in private. Thats the truth

Please understand, I am not fighting against an allegation of an affair. Or being childish trying to uphold a ‘good guy” image. I am very aware of my faults, I am human.

I am in fact protecting myself from something far more serious, sensitive and destructive than that.

Sadly, very few from the media or the public seem to be interested in the truth. This has been a hard-learnt fact for me.

If the people are comfortable with a lie because it doesn’t threaten their model of the world where a girl is the victim and the man the aggressor then so be it. I am ok with that too.

Women have suffered centuries of abuse at the hands of men and it infuriates me how some men can be so brutal and they deserve the harshest punishment. But by that logic if it ordains that one man can’t be vulnerable and one woman can’t be a liar, so be it. I’m ok with that too.

An alleged 7-year long, passionate affair between two high profile celebrities with no trail left behind.

No evidence, no paparazzi pictures, no witnesses, not even a memento in possession like a selfie taken at the alleged engagement which is claimed to have happened in Paris in Jan 2014. Nothing that constitutes an exchange or any sort of proof of a romantic relationship.

Yet we want to believe the other party because the rhetoric is -why would a girl lie.

My passport details show no travel outside the country in Jan 2014, which is the date that this alleged engagement supposedly took place. In Paris.

The only so-called proof presented of this alleged “relationship”, was a photoshopped picture in the media. This was immediately exposed, the very next day by friends including my ex-wife.

These questions are not even asked, because we are taught to protect the woman, as we should. I myself have been brought up to think the same way, by my parents and the wonderful women in my life who have been my rock and support system. I’m deeply grateful to them. I will do my best to teach my children the same values of family and dignity. And yes, I will teach them to stand up for women. Always.

There are 3000 one sided mails which either I have sent to myself or the woman in question has sent to me. The Cyber-Crime Dept. can prove or disprove either story, in just a few days. Towards that purpose, I have surrendered all my devices including laptops / phones etc which are still lying with the cyber cell , but the other party has refused to do so. The investigation hasn’t been closed.

This is not, and I repeat, not a lovers spat. I humbly request people to stop labelling it as one and, for a second, try and see it for what it really is.

I have been harassed by this for 4 years and the well meaning and probably necessary social bias toward women has deemed me helpless in defending myself.

I am not angry, I have seldom allowed anger into my life. I have not had a single fight in my life, with a man or a woman. Even in my divorce, there was no fight. I, and those around me, have always chosen peace.

I am not here to accuse or judge anyone, but it’s time I defend the truth because when truth suffers the collective consciousness of society suffers. Civilization suffers. Closer to home, families suffer. Children suffer.”

After witnessing both the version, it is hard for any of us to say who the real victim is. Let’s wait and see what happens next because we are sure the gutsy lady Kangana Ranaut is not going to keep quiet after seeing Hrithik Roshan’s Facebook Post.