C U Soon Movie Review: What is it?

Starring Fahad Faasil and Roshan Mathew, C U Soon is a gripping thriller conferring only in laptop and phone screens. The entire film is a roller coaster ride full of mystery and suspense shifting from one text or video calling app to another.

The movie kicks off with a dating app where a man Jimmy Kurian (Roshan Mathew), meets a perfect companion in Anu Sebastian (Darshana Rajendran). The bond prospering between them is showcased beautifully transcending within different video calling device.

After getting well along, Jimmy invites his mother settled in the US on a call to meet his dream partner, Anu Sebastian. The grown-up in a strict house, Anu Sebastian realizes that her father will never agree for taking their relationship on the next level and moves in with Jimmy. Everything was beautifully going until Anu disappears from Jimmy’s apartment, suddenly leaving a suicide note. Panicked Jimmy seeks the help of his cousin Kevin (Fahadh Faasil) who is also a professional hacker.

Interesting Read : The 10 Most WTF Shows and Movies About Sex Cults on Netflix

C U soon, directed by Mahesh Narayanan, is about Fahadh helping Jimmy to find his fiancée Anu, women with a dark past. Superbly directed with high-end editing, C U soon movie review as a brilliant sound and picture masterpiece that too just with a single lens.

Why should you watch it? 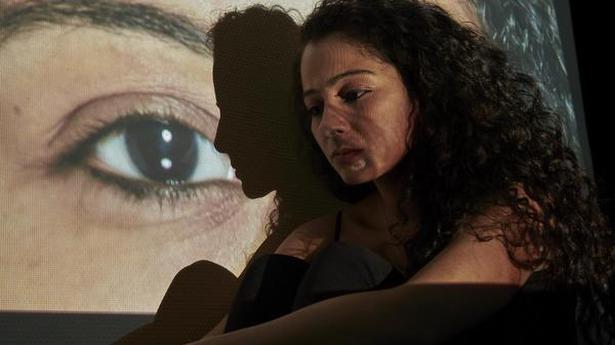 C U soon is a Malayalam suspense thriller movie only shot on mobiles and laptops without any fancy setup and equipment. Here are a few reasons that make it a must-watch:-

Shot only on digital platforms in COVID times, the story unfolds in a contrasting manner which has never been on Indian cinema. An extremely gripping storyline with astonishing performances by the actors, C U soon movie review is incomplete without acknowledging the concept. Mahesh Narayanan directed the movie with a unique concept collaborating with Fahadh again. Pan shots and close-ups from Computer generated movements; C U soon drives through ample of dramatic moments. The second half is paced slowly and will feel like a stretched one, but the tie-up between the scenes still keeps the focus and tautness on point.

The major stunner for C U soon is its sound effects and editing which captures every moment and emotional minutely, even the chat sound or the laptop sound. The technological setup and solid direction, along with brilliant performances, are worth appreciating.

Where to watch: – Amazon Prime