With the latest release “Project Power” which is a thriller movie and you will be refreshed after watching this on weekend after you read this Project Power Movie Review.

Take some time from your hectic schedule and watch it as we bring you Project Power Movie Review. The movie is directed by Henry Joost and Ariel Schulman.

The ongoing Coronavirus pandemic has interrupted sources of entertainment for big screens as well as small screens. It has not only devastated business for many people but has also held back the country with all its economy and growth financially, politically, socially and in many other ways. With this, people have learned to survive in their homes rather than going out for fun and entertainment.

This pandemic has taught people that comfort comes with watching movies and web series at home with friends and family! Because ultimately this all is the consequence of our actions towards nature that brings unforeseen circumstances that are really bad for us.

Anyways! The world is still moving on and so are we.

This thriller movie casts Jamie Foxx, Joseph Gordon-Levitt, and Dominique Fishback. Project Power is all about traveling by nature to make big profits. The script was written by Mattson Tomlin clearly gives a social message that is beyond thrill and action in the movie.

Project Power Movie Review: The plot of the story is set in New Orleans, and a Government defense contractor develops a pill that is DNA based concentrate evolved out of characteristics of multiple species. The man who swallows it surprisingly gets supernatural powers like bulletproof skin, bones that are flexible, invisibility, etc. More surprising to this is the power of the pill lasts just for five minutes and in some cases, it has caused death.

Robin (Dominique Fishback) is a school kid who becomes a dealer in this as she wants money to get her sick mother treated well. Frank Shaver (Joseph Gordon-Levitt) is a detective in New Orleans and wants people to save him from this inhuman business. He tries to save everyone and wants to destroy this business.

Art (Jamie Foxx) is a strict army officer who is also against it and wants to break this demand-supply chain but with his personal reasons involved. The reason behind this is that he is searching for his daughter who he guesses may have acquired the genetic modifications that are needed to become a superhuman.

The movie becomes very interesting as the trio keeps the film moving with all this ongoing action and drama. The team has played their characters very well and were all detailed as it had to be. The exchanges between Art and Robin are very touching and their act is brilliant.

The only flaw that can be seen in the movie is that the roles and scripts of villains were not written appropriately and with the characters kept in mind. With this, the movie looks a bit unoriginal. As we all look for some crisps and turns by the characters and dramas of villains only. Keeping the originality of the movie, the director has made his best efforts to socially convey the message about the concept of supernatural powers in the movie. 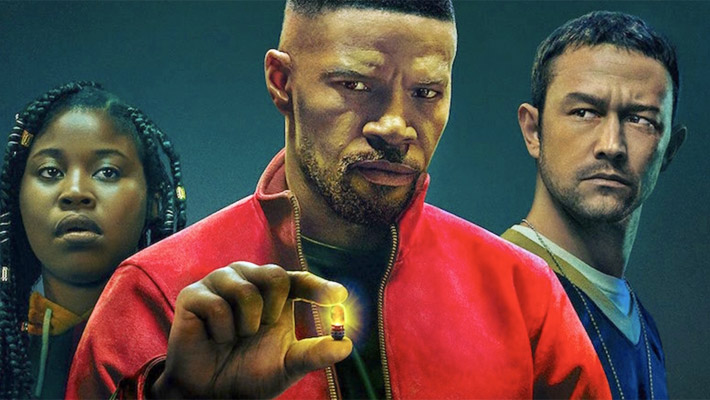 Overall the movie is good to watch on supernatural phenomena as we have seen many other interesting ones based on this outline! So what are you waiting for? You have reviews now. Go and watch it.