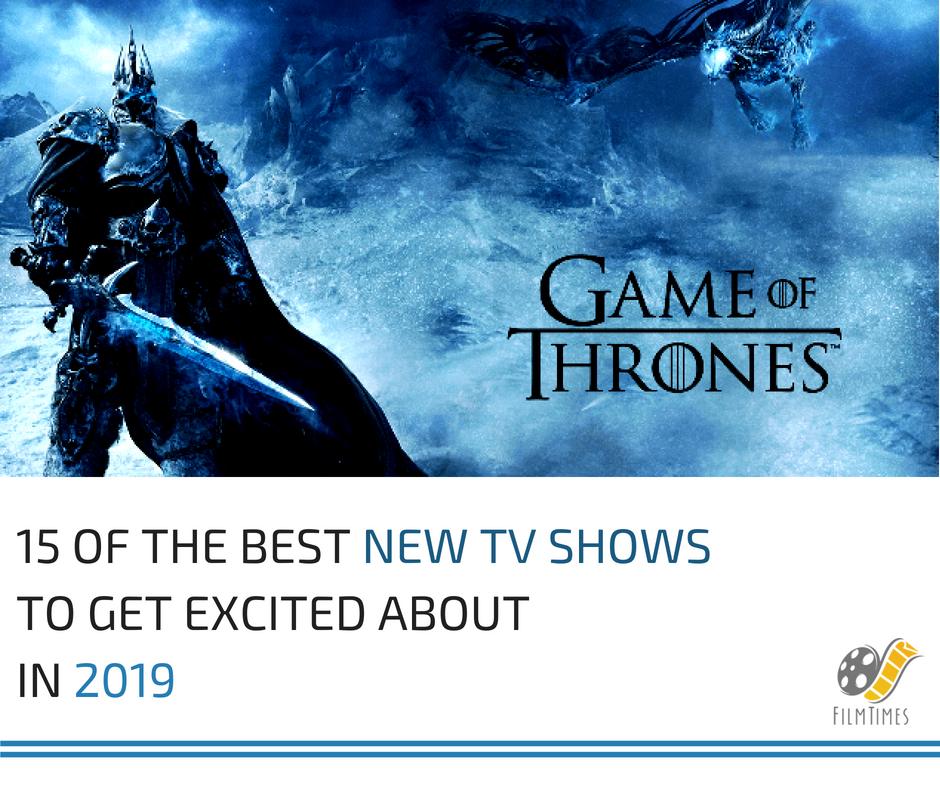 ‘Game of Thrones’ is, of course, a big name on TV, so we would have the season 8 of GOT next year in 2019. Alongside, we would also have new seasons of other shows like the ‘Shipwrecked’. We need to get geared up to take on the big offerings of the small screen.

This is big! like really big. First time ever any season is going to be a final season of ‘Game Of Thrones’ in the year 2019. Fans are preparing themselves on how would they manage the void when its all over. It’s going to be aired on Sky Atlantic.

So there is a good news and a bad news. Though we are getting to watch the next season, it’s more likely to discontinue the next year. This would be aired on Sky Atlantic.

Tom Hardy Fans, you guys need to be a little more patient. Although, it was already announced last year by the maker, Steven Knight that the work would start on this project by May 2018, things have not moved yet. However, the team is getting ready. So expect your man anytime soon on the screens, the channel would be BBC.

The co-maker, Dan Harmon was vocal about working on season-4 around the end of season-3. Now its up to ‘Adult Swim’ to decide that whether they are airing it or not. Looks like season-4 would happen anyway. However, it could be later in the year. Adult Swim is the channel to look out for it.

This series is making a comeback after 7 years to the TV screens. However, it’s still going to be late in 2019. So keep an eye on E4 for the airing of the show.

Since we see that the making is just underway for ‘The Crown’ season 3, we need to hold our breath and wait till next year. Sad but exciting at the same time, it would be aired on Netflix.

8. Its Always Sunny in Philadelphia, Season 13

Now the 13th season of a series on a channel like Fox is really something splendid. Its Always Sunny in Philadelphia is by far the funniest show on TV. There were rumors about it to be aired in 2018, however doesn’t look very likely.

FX’s CEO John Landgraf has confirmed that the 4th season of the series is going to be aired. There were speculations that a new season won’t happen, however Ewan McGregor would be back soon with season 4.

Very popular original series, would be definitely aired on Netflix. However we need to be patient till 2019.

Oh no! Good news that we would get to watch the season 8 of Homeland and bad news is that it’s the last season. It would be aired on Showtime in 2019.

It is a Tweet by the team of Line of Duty that they would start filming the 5th season by the end of the year, this means that it won’t get aired before 2019. We need to look out for the season’s start date.

Casey Bloys, the president of HBO programming announced at the press conference of Televisions Critics Association that, True Detective isn’t coming back until 2019. So some relief for the fans.

Julia Louis-Dreyfus has developed a critical health condition due to which the shoot for the 7th season is paused. Matt Walsh, her co-star confirmed that they would start shooting again in August. He explained how much the crew is concerned about Julia and wish her well-being.

Unfortunately, the mystery of Andrew’s murder would be unresolved until 2019. Joan Froggatt and Ioan Gruffudd are retained in the series. Eurgh. ITV has indicated that the production won’t start until the first month of next year, which means it might be aired only by the end of 2019.