Description: An attempt to combine the two most popular genre Horror and Comedy, Hubie Halloween is themed on Halloween as it is clear from the title itself. The movie ends with a good anti-bullying message.

Halloween is just around the corner. While nothing is great about this year’s Halloween as we can do so little, one can always trust Netflix to be the Good Samaritan. A new movie is out on Netflix called Hubie Halloween.

Now you are smart enough to understand the pun and also deduce that the film is of a horror-comedy genre. However, if you are really planning to watch this movie you should hear the reviews about it. So, here we bring you Hubie Halloween movie review.

What is it about

The Hubie Halloween movie review to be dished out bluntly is that the movie is not up to the mark. The best compliment given to Hubie Halloween is that it would rank number one if it America’s Funniest Home Videos. In India, it could become the best source of degrading memes. The film and comedy are extremely silly.

Interesting Read: 14 Popular TV Shows with First Seasons that You Can and Should Skip

We don’t support spoilers but here’s a sneak peek of what the movie is about. The protagonist Hubie Halloween is on a watch for misbehaving children and adults during this Halloween. His weapon is a multifunctional thermos. Everything about him is quirky and silly. And if you meet a person like Hubie in real life you would never him in a movie. Let alone as the hero. As Halloween approaches, everybody is getting their costumes ready for Trick or Treat.

However, a veil of mysterious fog is also coursing through the town. Hubie is on high alert as usual. However, we all have heard the story of a shepherd boy and wolf. The police are no longer ready to take Hubie seriously. As you might have guessed it, a real murder occurs. Once again, our hero tries to alert. Unfortunately, for him, no one is ready to believe him.

It is a Netflix Originals Movie released on October 7th, 2020. Sandler has signed a 10 films deal with Netflix and this is one of those films.

Apart from Hubie, there is a neighbor who believes that he transforms into a werewolf every night. There’s also a wife with repressed feelings and no ways to vent them out. The poor girl desperately needs love both emotionally and physically (if you know what I mean). Then there’s a store worker who also is self-employed by the social, very confident but having so much to do. Last but not the least is June Squibb, Hubie’s mother.

June is one of the coolest moms with a badass attitude and kind heart. Even though all of it is very stereotypical, June’s character is really keeps the film afloat. She wears some of the best-punned T-shirts with a quirky message like “Boner Donor” “I Shaved My Balls For This?” Or “If You Can Read This, You’re In Fart Range.” Hubie strives to establish a utopian world with his flask of honor.

Why you should watch it? 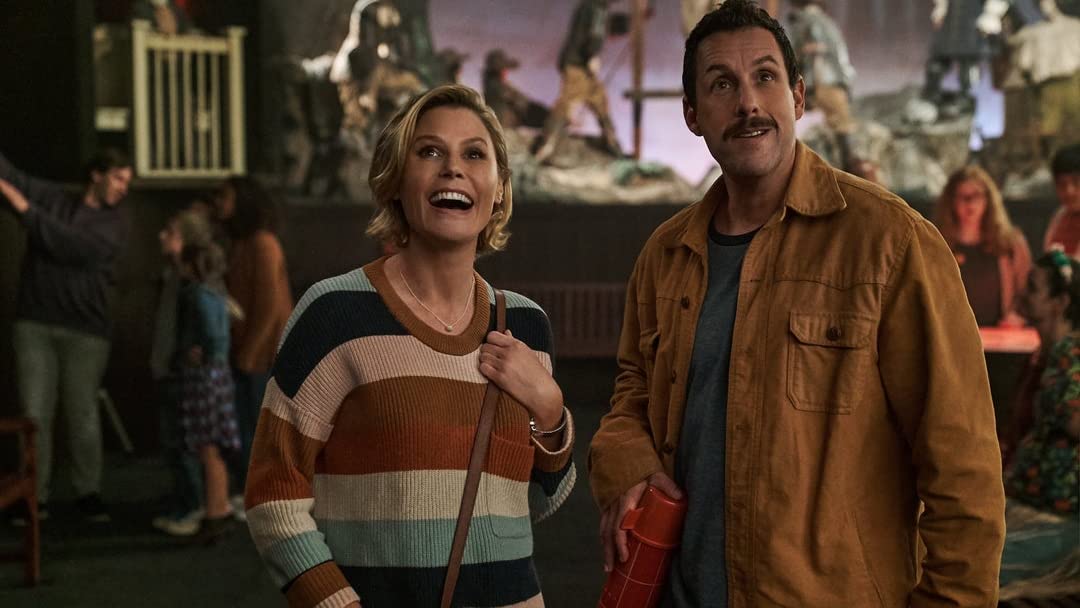 The message given by the film is against bullying. This is another appreciable thing about the film. Another good thing about the movie is the costume department. If you are looking for some ideas, you might get some good effects from the movie.

Hubie is played by Adam Sandler. You must know him from Little Nicky, The D0-Over, and Sandy Wexler. Hubie also has a high school crush Violet Valentine played Julie Bowen. Violet is a foster mother to three children. However, Hubie’s character overshadows Violet’s personality and good things.

Despite not being a real tickler, this movie gets a brownie point for its positive message and campaign against bullying and toxic negativity. In short, the Hubie Halloween movie review can be concluded as an underwhelming comedy with a good message.

Interesting Read: Stream It or Skip It: ‘Love and Monsters’ On VOD, an Apocalyptic Adventure With a Big Heart

Parents’ Guide:  This movie is definitely not for kids. You need to know that there’s lots of crass humor, language, bullying, and mean behavior