The general comment that gets thrown about following any badly made film is that did they even watch the film. Talking specifically about Varmaa Movie, the answer we know very well is yes!

Forget the other films, in this movie there was a first-ever occurrence, a dissatisfied producer, unhappy with the film, and a doting dad, who wanted his son to have the finest launch pad, wanted to remake the film from scratch. Thereby the most asked question comes into the picture like why did Kattappa kill Baahubali and how bad was the Bala version.

Varmaa Movie Review is based on the movie being streamed on Simply South.

Interesting Read: Stream It or Skip It: ‘Love and Monsters’ On VOD, an Apocalyptic Adventure With a Big Heart

Varmaa Movie Review is that the movies runs time two hours, and feels like someone decided to play Adithya Varma at 1.5X speed on YouTube. The question here arises is How did Bala manage this? He turns a character study of a problematic individual who is tortured into a plot-driven narrative about an entitled, spoiled brat.

The original Arjun Reddy, did not have one crucial character that Varmaa movie has and makes Varmaa’s battle very external. Eswari Rao (Bhavani), a maid who raised Varmaa since childhood and is more or less a foster mother to him. A grandmother who made the titular character who performed the role of a life coach is not characterized in this movie the other versions had.

In this movie, Bhavani plays the role that friends did in the original protecting Varmaa from himself. The only character that gets well-defined in the movie is Bhavani. Bala entirely does away with the crucial bit of his friend defending him for Varmaa in the scene in which he discloses Megha’s family following her wedding. The role of friends can be seen in the movie too much but they are so generic and very efficient. 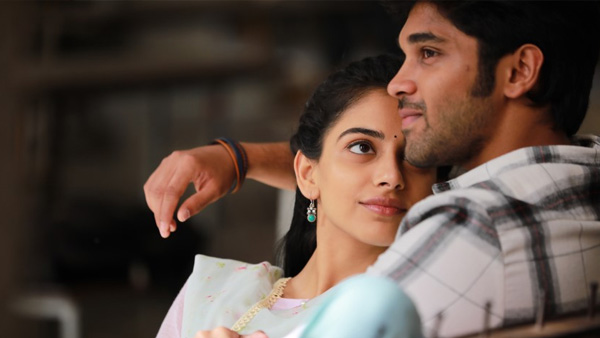 It that feels that drawback in the movie is that you don’t feel that vigor in the frames i.e. the cinematographer is M Sukumar as Bala has never been a visual stylist. Instead of including the music director of Arjun Reddy Radhan, they preferred a score that is familiar and routine as an alternative to the electric score that the composer did for the original.

All these choices made by Bala rob the film off the edge. Arjun reddy was depicted all wrong due to new age-y Varmaa as it comes across as old-fashioned and even insensitive at times.

The casting of Varmaa is way off the mark. The actors hardly manage to breathe life into their characters as they were already let down by the writing. There is zero chemistry between Megha Chowdhury and Dhruv. Megha Chowdhury had been entirely miscast for the movie. Only Eswari Rao is appropriate for the role of Bhavani rest others were clear misfit for their roles.

From the very opening, Varma Vasudevan is found to be helpless, even somewhat gentle. Glorification is missing from this film and leads to blatant misogyny. There are no comments about the size of girls or knife-laden blackmailing for sex or harmful emotional violence.

To be precise, In Varma, there is simply not enough Arjun Reddy. This movie did no justice to Arjun Reddy.