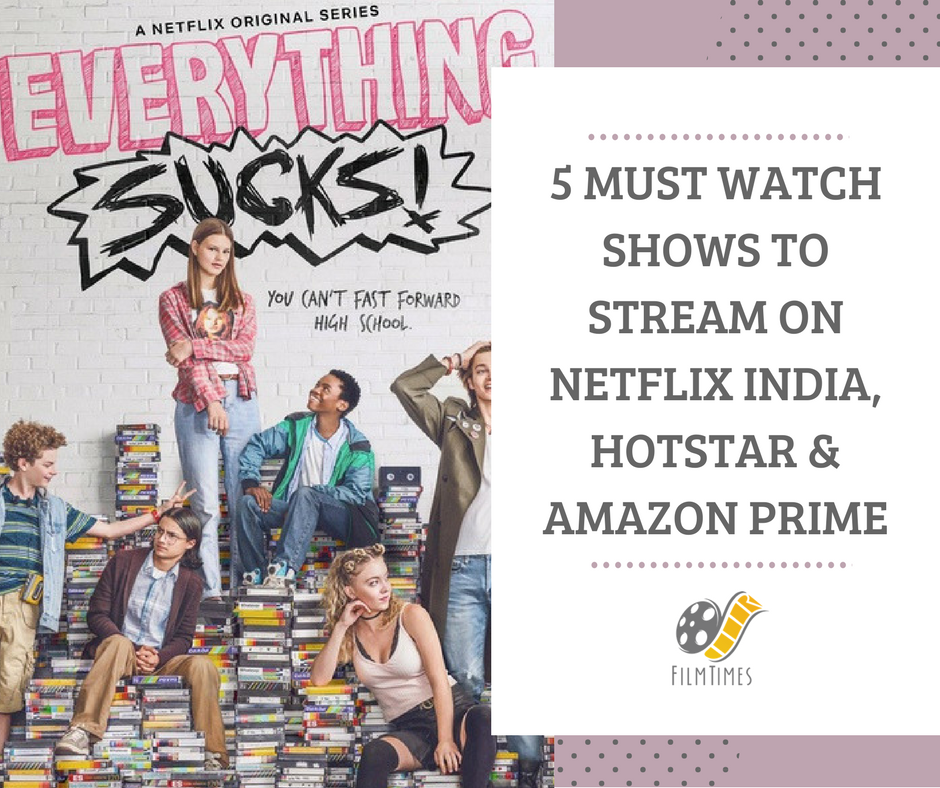 5 Must Watch Shows to Stream on Netflix India, Hotstar and Amazon Prime

How life has changed from switching channels on television to switching windows on our laptop, tablet, or even mobile phones. Thanks to Netflix, Amazon Prime, and Hotstar that has emerged in the Indian market. If you are wondering if you need to get a subscription for watching shows on Netflix, Amazon Prime, and Hotstar then you are right. But trust me the subscription is totally worth it as it opens the gateway to a flood of entertainment. You won’t regret it.

Often we waste our time wondering what to watch, right? I’ll solve that for you a little bit. Here are my top 5 picks for the must-watch shows to stream on Netflix India, Hotstar, and Amazon Prime.

About the Show:  If you have any interest in the royal family then think no more and watch ‘The Crown’. Claire Foy plays Queen Elizabeth II and she does complete justice to the character. The Crown unfolds the political rivalries, the events that happened in the 20th century, and so on. Not all of us know what really happens in their life (personal life). The Crown also focuses on the Queen’s personal relationship with her husband, the romance and the issues both are projected. The Crown even projects the difficult position Queen Elizabeth is when she wants to support her sister but as she has the crown, she has to take a decision as a Queen. We all have always thought that the royal family lives the best ever life, but have you ever thought how controlled their life is with the rules and many more things? The Crown will unfold that for you. The show is a bit slow but a little patience is all you need to have and you will fall in love with series for sure.

About the Show: Big Little Lies is set for yet another season. It is quite rare for series to cast big stars. This movie is based on a novel called Big Little Lies. The best part about this series is that it is not like any other murder mystery. It keeps you at the corner of the seat in every episode as you have no clue about the characters, the setting, or the murderer.  I would highly recommend you to catch up with season one before the season hits Hotstar and I can assure you that if you like murder series, you are sure to like this one.

About the Show:  If you like family drama, then ‘This Is Us’ has to be on your list. The story is about a couple and their triplets. The storytelling for this series is incredible. The first season is already put in 2016 and the second season is airing on Amazon Prime. You will fall in love with each and every character as the story is completely relatable. The interesting thing about the plot is how they go back and forth from the past to the present.  Also, keep some tissues lying around as there are many scenes that will make your eyes wet.

About the show: Whether you follow the new shows on Netflix or not, Stranger Things wouldn’t have gone off your radar as they marketed the show pretty well. Did you ever want to see a series which has the perfect mix of friendship and horror? Well, that’s what Stranger Things is for you. In this series, alternate dimensions are at its very best and with the best projection of horror, thrill, and weirdness. Two seasons of this brilliant gripping show is already out and the next season will be out by 2019. If you haven’t yet watched this series yet, you should watch it NOW. You have less than a year to catch up on the first two seasons that are already out. Take a tip from me, do not have popcorn tub in your hand because you are sure to jump off your coach and spill them all. That’s how gripping this series is.

About the Show: If you are a Madhavan fan, that’s a reason enough for you to watch it. Breathe is a relatively new series on Amazon Prime and it is a big hit already. The show is about a father-daughter duo and how the father, who is a single parent, struggles to get justice for his daughter who needs a lung transplant. To know if the father will succeed in getting justice for his daughter, you need to watch the show. Let me give you one more detail about the show, the producers of Baby and Airlift are the producers of Breathe as well. So you get an idea of how good the show is right?

Have you watched any of the series? If you have not yet watched it, then pick anyone for starters and start watching and you are good for a few days. But these five shows are the ones I definitely recommend you to watch. And those who haven’t yet subscribed to Netflix, Amazon Prime, and Hotstar, you should do it right away as it will open you to a whole new world of entertainment.