Even as the year 2020 is getting over in a few months, the popular OTT platform Netflix dominates YouTube, Hulu, and Disney+ worldwide. With the global pandemic keeps getting worse day by day, and people have nothing to do except stay at home, at least someone has benefitted this year. Thanks to COVID 19, Netflix has seen a tremendous surge in people rushing towards this most-loved streaming platform to curb their restless souls. What is even more impressive is the fact that Netflix has surpassed other OTT platforms of the world in viewership this year 2020.

According to the Nielson rating agency, Netflix has achieved more than 34% of the total streaming time this year 2020. It has surpassed even the most well-favored and high online streaming applications like Disney+, Hulu, Youtube, and Amazon Prime. 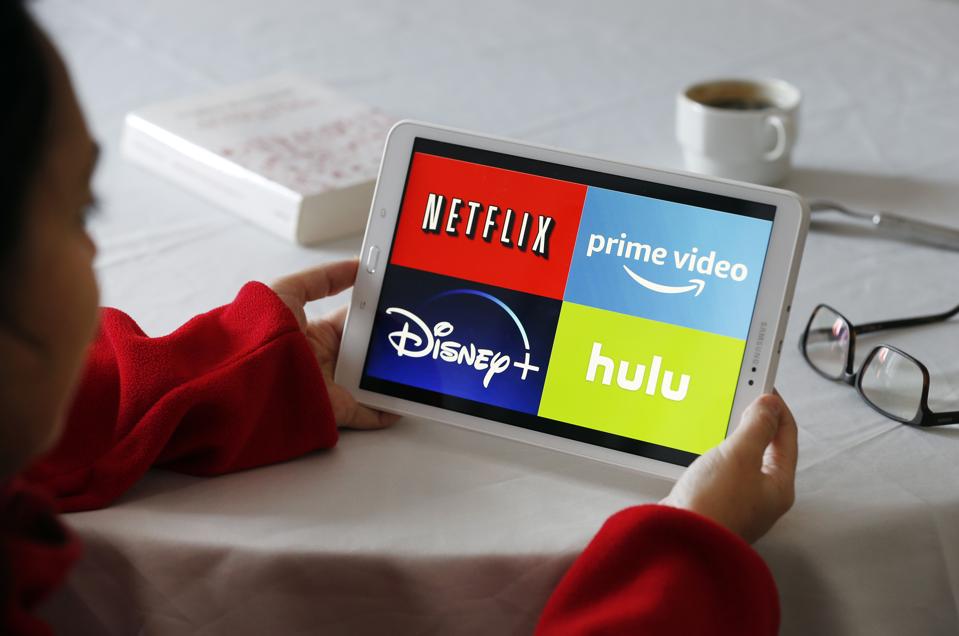 In Nielson’s report of Q2 2020, Netflix has emerged as the ultimate winner of 2020. The Netflix dominates YouTube, Hulu, and Disney+, stepping over all the other competitive streaming platforms. The report, published on August 13, 2020, revealed that Netflix had won the crown of the most viewed streaming platform, reclaiming and even strengthening its position in the ever-growing market of entertainment.

As people are spending more time at home, bringing their work to the comforts of their living rooms, streaming media have seen a surge, the likes of which have not been seen before. With nowhere to go, people have instead taken up to OTT platforms, and Netflix emerges as the ultimate hero. Moreover, in Nielson’s report, it is estimated that of the total TV usage in Q2, content streaming has acquired 25% of the total streaming time, which is at least 6% greater than the previous year’s estimate.

Since its release, Netflix has taken the world by its storm, providing one of a kind experience and even revolutionizing the concept of how the world views the cinema. With each day, more movies and shows are being produced solely for streaming websites, whether the mega-budget Epic dramas or content-driven art house films. People are also seen preferring the online streaming content over those running in multiplexes.

This year was also packed with amazing Netflix content, watched by millions of users across the world. Among which are the most-watched series ‘Tiger King,’ ‘Money Heist,’ ‘Ozark,’ ‘The Witcher,’ and other binge-worthy series. Latest movies like ‘Extraction,’ ‘6 Underground’, and ‘Birdbox’ have taken the Netflix’s viewership to even greater heights this year.

Netflix’s popularity has seen the most growth in the early half of 2020. The Nielson’s Streaming Meter estimates that in the Q4 2019, Netflix had accounted for 31 percent of the total viewing time, greater than almost 1,000 other great streaming-capable homes of the National TV Panel. But this year, the streaming giant has seen a 3% increase in total streaming time.

Even though Disney+ had been launched a year ago, and had instantly earned a huge fan-base, it has not been able to take the crown from Netflix. But earning more than 4% of the total streaming time is surely very impressive of Disney+ SVOD service since it has only been a few months to its release.  Let’s see how the near future will unfold for this emerging streaming application. With many exciting upcoming movies and shows on Disney+, like Manuel Miranda’s ‘Hamilton,’ hopefully, Disney+ will be able to upscale its share by the last quarter of 2020. But as of now, it is Netflix, which is ruling the hearts and souls of millions of users worldwide.

What comes off as a surprise is that Netflix has not just merely surpassed other platforms. It has seen a double-fold increase in viewership share with Youtube, having 20% more streaming time than the latter. Netflix’s share is also three times greater than Hulu’s share with 11%. This clearly shows the streaming medium’s power as Netflix dominates YouTube, Hulu, and Disney+.

Over the past year, the online viewer base has diversified greatly as people from all walks of life are joining the OTT sites in greater numbers. In Nielson’s report, it was said that users age 55 and above had taken the subscription of the online sites, tremendously increasing their total streaming share from 19% in 2019 to about 26% in 2020.

While the young viewers’ share of streaming time remains consistent, it is the middle-aged viewers whose streaming timeshare has seen a relative decline this year. It has been observed that people with age falling between 35 and 54 have taken use of the OTT platforms 3% less than the previous year. They only make up 27% of Q2 2020 streaming time. In contrast, the 18 to 24-year-old viewers acquire the same share at 18% this year too.

One of Nielson’s report’s observations regarding an increase in subscriptions to online streaming sites is worth mentioning. As soon as the pandemic had hit the world alike, viewers were seen making use of the lockdown phase by opting for various SVOD site subscriptions. In the last three months, more than a 25% increase was seen in people heading to get memberships of the various OTT sites with paid subscription service. All the SVOD sites are currently head-to-head involved in outperforming each other.

Will anyone ever be able to beat Netflix? Or will the trend of Netflix dominates YouTube, Hulu, and Disney+ continue even then? Let us see how the year will ultimately unfold for all the competitors. Till then, head to the exciting streaming services provided by the OTT platforms, and get unlimited entertainment.