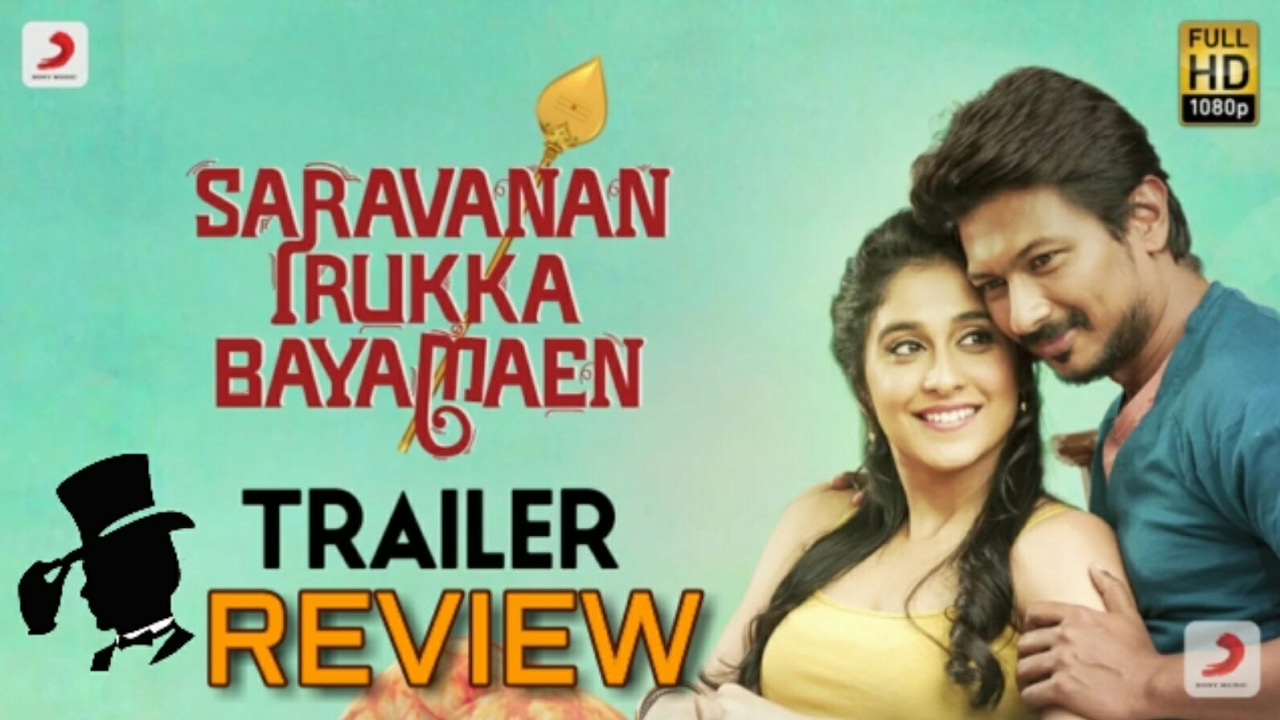 The trailer begins with a gang of goons asking “Yaaruda andha Saravanan”(Who is Saravanan?) but the goons look more like comedians giving us the hint that Saravanan Irukka Bayamen is a rural comic movie. Velainu Vandhuta Vellaikaran fame Ezhil is directing this movie. The back ground score is good. We get a peek into a couple of songs that are colourful, but not very appealing.

This movie reminds us of Nanben Da and Oru Kal Oru Kannadi. Soori has the most number of dialogues in the trailer, though none really evoke laughter. Regina looks like the typical Udhayanidhi movie heroine who keeps fighting with him. Shrushti Dange plays a damsel in distress. The cinematography is good. The trailer is suggestive of Udhayanidhi Stalin donning the role of a politician. This is important considering the family that he comes from. We also get a glimpse of a fight scene. Soori, Robot Shankar, Yogi Babu and Mano Bala are brilliant comedians. We hope that the movie is a laugh riot.