What 9 ‘Walking Dead’ stars would do if a zombie apocalypse really happened?

Handling zombies for ten seasons of “The Walking Dead,” the characters now assure that they can take on any zombie or their army skillfully. However, the answer to What 15 ‘Walking Dead‘ stars would do if a zombie apocalypse really happened varied. At the same time, some talked about their weapon’s choice; some of them told what they would do! Angel Theory and Ryan Hurst had some very serious answers.

In contrast, Katelyn Nacon and Angela Kang confessed that they wouldn’t last long around real zombies. To know what your favorite characters said, keep reading this article till the end.

What 15 ‘Walking Dead’ stars would do if a zombie apocalypse really happened? 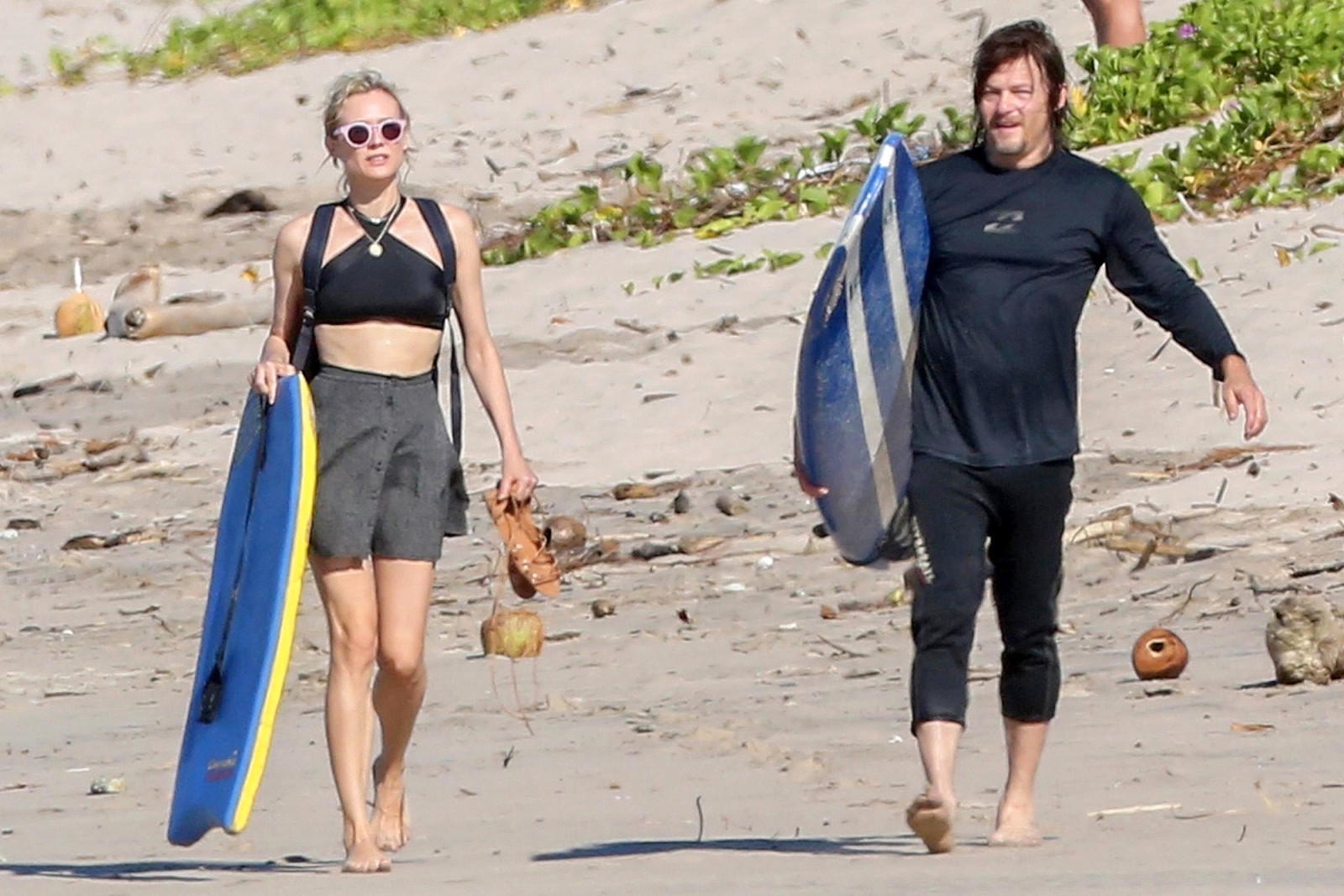 Daryl Dixon, aka, Reedus did not take time to answer, as if he had been planning for this. Though the onscreen leader fights a lot with zombies, while offscreen, he is disinterested in the fighting. He has a better plan to go to “Costa Rica” and “eat coconuts.”

2. Cailey Fleming may not be brave as Judith with the katana 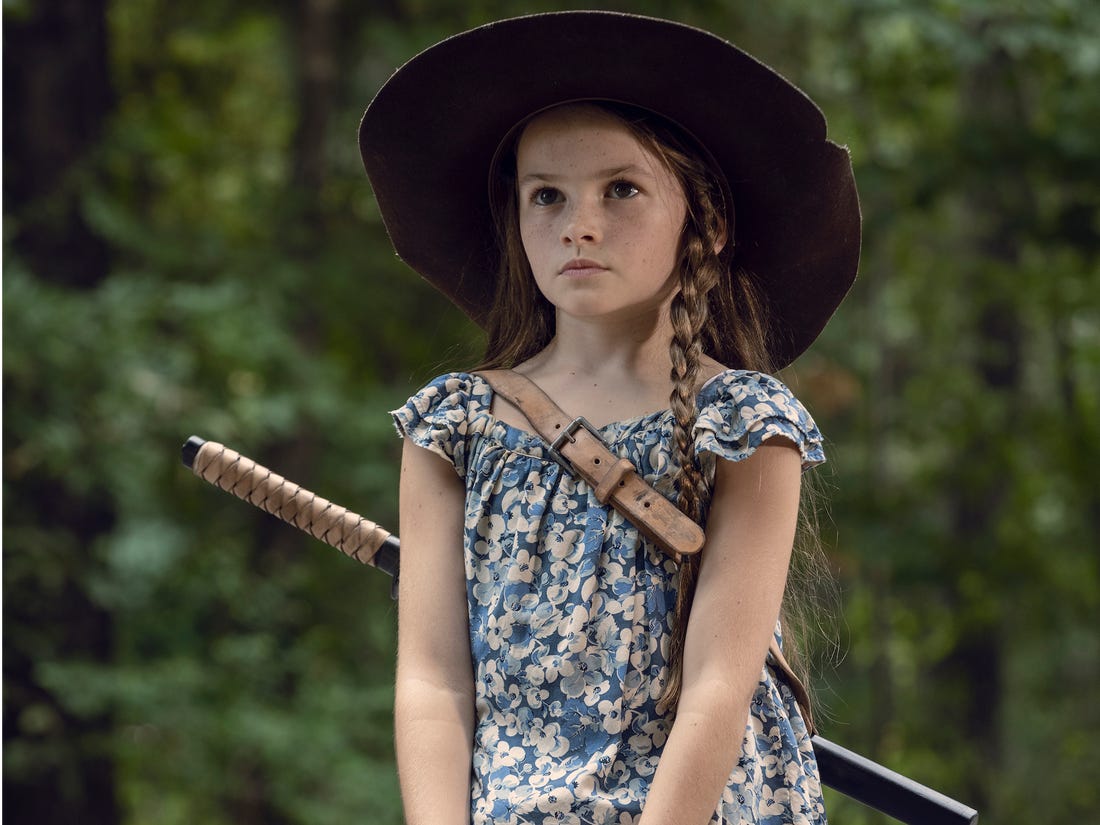 Fleming plays the role of Rick Grime’s daughter, Judith, in “The Walking Dead.” She confessed in an interview at Paleyfest that she will not “be as brave as Judith” if a “zombie apocalypse happened.”

Even she is not confident whether she can pick her katana up like the way Judith used to. She continued to say that she will hide behind people and tell them to fight as she does not use weapons.

However, if she had to choose a weapon to defend herself, she would go for something familiar. She named her sword, wakasachi, that she uses for the show. She won’t use a gun as she is “too little” to use it.

3. Josh McDermitt believes that a weapon with a blade will work McDermitt’s who is a part of “Walking Dead” since season four, opines that a weapon with a blade will be the best option to fight zombies. Eugene, the onscreen role of McDermitt, is a bullet maker who makes sure that the community is connected by radio.

Nevertheless, McDermitt at the PaleyFest said that he doesn’t know “how to make bullets.” Thus, he will drop a gun when the bullets are over.

He feels that some practical weapon would be best to fight, which does not need reloading. He prefers something heavy and thick, which is durable too. The butt of that weapon can be used as a blunt force also. Thus, he finds a knife or a blade to be the best option to combat.

4. Ross Marquand will lock him up in a Costco

Ross confessed that if any apocalyptic incident occurred, he would go to a Costo with his friends, shut the door and settle there for the rest of his life. Ross plays the role of Aaron in “The Walking Dead.” He continued that they would be fine there for ” 50,60 years.”

Ross also said that anybody might use this idea as their zombie combat plan. However, after listening to Ross, the executive producer of “The Walking Dead,” Greg Nicotero said this would not be a great plan. If everyone does the same thing, then everyone will “end up getting shot” as they try “to open the door.”

5. Showrunner Angela Kang has a special ax, but she thinks she can’t manage

Angela Kang has got a special ax from Andrew Lincoln, but she feels that she cannot manage with the zombies. Kang became the showrunner of “TWD” from season nine. She informed that Lincoln gave the ax, wrapped with the message, “my mercy prevails over the wrath.”

Explaining why she can’t combat zombies, Kang said that she is not “fast,” she requires ” medication,” and she had glasses. She feels zombies are much stronger than she is.

6. Ryan Hurst would have a Zombie camouflage

Hurst wants to try his luck with zombies like his whisperer character Beta. He plans to blend in with the dead. He will wear his onscreen dead skin mask and get into the clan of the dead. The zombies won’t kill him because they’ll not understand as he is camouflaged.

7. Matt Lintz has not yet planned anything

Matt had played the role of Henry, Ezekiel’s foster son, wrote that he hadn’t thought anything about how he might combat a  zombie attack. The character of Henry got killed in season nine.

However, with some maybe’s, he informed that he might “loot a gun store” and gather some “supplies.”  He continued that he might choose the woods and not cities. To not go “anywhere near the city” is something that he has learned from the show.

8. Katelyn Nacon will sacrifice herself to the zombies if she does not find a boat

Nacon, who played the role of Enid, is ready to sacrifice herself if she does not find a boat. She said that she would “walk up to the first walker” she sees and say, “eat me”! She can’t manage in the apocalypse and plans to space it this way.

However, when she was asked why she thinks she cannot survive, she replied that she is a ” picky eater.” She “just can’t” stay over “rats and stuff.” She might stay in a treehouse. Nacon’s on-screen character Enid used to eat turtles with bare bands.

Nacon also said after much thinking that she could get a boat and revel to Atlanta or Georgia. She added that she might go to Florida too.

Interesting Read: 9 Horror Movies that are So Bad They’re Good

9. Austin Amelio has a unique plan with treadmills

Beyond this, he has some other plans too. The treadmills would run until Amelio has power. So when the power runs out, he will go then towards something much more practical. He would go with an ax as he “thinks it’s functional.” It is also easy to carry, as he feels.