Chennai-based director Santhosh has come up with a movie named Jallikattu 5-23 January 2017, which he has captured while the original Marina Jallikattu turmoil. The team revealed the movie’s first glance on June 4th at Wall Street, New York, to symbolically give respect to the Occupy Wall Street Campaign.

“The Occupy Wall Street was the initial leaderless drives that had a plenty of ordinary people getting together to oppose. I was in the US in 2011, during the turmoil was on, and had also shot some bits of it. On 17th January, I had traveled to Marina later learning that the mass had assembled there to oppose on the Jallikattu ban. When I arrived at Marina, at around 4 pm, there were about 2,000 people. One of the protesters had a banner that straight referenced Occupy Wall Street, and read Occupy Marina. As I had an understanding of whatever had occurred during other people’s demonstrations like the Black Umbrella Movement in Hong Kong and the Arab Spring in Cairo, I could sense that a related movement was taking shape in our own India. So, I decided to shoot the protest. But, at that time, I did not even have my camera with me, so I sent my driver to bring my camera and started shooting on my phone,” starts Santhosh, who had earlier supported PC Sreeram and acted as an efficient cameraman for Oscar-winning Cinematographer Vilmos Zsigmond.

Surprisingly, he did not hold a script when he began shooting, although he was thinking to operate on a documentary concerning a mass demonstration. “My spouse Nirupama and I promote movies at various Film Festivals. On January 10th, a week prior to the Marina demonstration, I chanced to watch Clash, an Egyptian movie that was made on the Arab Spring, and that planted the seeds of an intention of creating a similar film, a documentary, possibly,” he reveals.

Santhosh states that he chose to pursue irregular characters everywhere the demonstration, as long as it continued. And as the protesters grew in the figure, so did his crew. “I had 20 people handling the camera. I reached out to all my friends; it did not matter if they knew how to shoot, as the core idea was to capture everything that we could,” he states and continues that he chose to practice this strategy as a stylistic option. He tells the Hungarian war photographer Robert Capa’s act as an influence. But, cameras were not easily accessible as diverse people, for their personal purposes, desired to shoot the demonstrations. “We ended up shooting this movie on every sort of cameras,” he continues.

“However I’m certain that the audience while they follow the film on the big screen, will experience goosebumps and sense the emotion that was in the atmosphere through the days of the demonstrations. And also those who were at the protest on every day or had been to Marina to be a member of it for some time will discover an entirety of what really transpired there while all those days,” he assures.

He speaks of a particular scene that he had shot utilizing a drone, that, he feels could be the one scene with the largest amount of people caught in a shot. “In this shot, the camera moves from the MGR Memorial all the way to the lighthouse, and the number of people in this must be 12.5 lakh. The former movie that had such a large number of people is possibly Gandhi, which possessed 3-lakh people taking part in the burial scene of the Mahatma,” he tells. 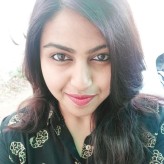