Netflix India is always brimming with new shows and movies every month. This month is the same; a fun-filled month where the hottest streaming service has many new releases, Oscar-winning movies, and a collection of movies from the foreign galore. When there is so much served to you together, it is difficult to decide which one to watch, which is the best movie, etc. We have set things right for you. We have handpicked 11 new movies to watch from all the latest releases so that you have the freshest list handy.

July has seen the best picture winners to watch on Netflix. Films that you have always wanted to watch, maybe watch it again. Million Dollar baby, Schindler’s List, and many other Oscar-winning movies are on the list. There was a time when these movies were somewhere sacredly in a folder on our computers, fondly downloaded from Torrent. No matter what mood you’re in, there is a movie for every taste, every liking.

Also do not miss out on watching Netflix original movies like The Old Guard. The Kissing Booth 2 and more.

Synopsis: Django Unchained is about a German bounty hunter who seeks and purchases a slave named Django (Jamie Foxx) to help him track down some men he is after. After having found them, Django wants to search for his wife to give her the freedom he has found. The bounty hunter offers to help him, and they manage to pinpoint and infiltrate a corrupt plantation owner’s estate where she is currently enslaved.

Synopsis: Marriage story is a Netflix original and is a beautiful look into the complications and simplicity of married family life. The story describes how a husband and wife are dissecting between a divorce. Having said the plot, the story is not gloomy at all. It is emotional, it conveys the message that even after a divorce, the family can stay together.

Synopsis: A typical bloody and violent film as you would expect a film from Quentin Tarantino. The story takes place in German-occupied France during World War II and is about a group of Jewish U.S. soldiers led by Lt. Aldo Raine (Brad Pitt) as they execute their plan to assassinate Nazi leaders.

Synopsis: The sequel of this teenage rom-com drama is releasing on July 24, 2020, on Netflix. Grab the first part now, if you haven’t yet. It is the story of two best friends, Elle and Lee, who have grown up together but a wedge is driven between them when she falls in love with his older brother, Noah.

Synopsis: Mukesh Ambani, the Indian billionaire has been climbing the wealth ladder steadily. Guru is a film set to tell you about the origin of this man’s glory. A classic by Mani Ratnam, the film is based on Dhirubhai Ambani’s life. This is one of the finest biographies that you will find on Netflix with Aishwarya Rai and Abhishek Bacchan giving the finest of their acting skills.

Synopsis: The Blue Umbrella is based on Ruskin Bond’s novel (1980) featuring the story of a young girl in rural Himachal Pradesh whose blue umbrella becomes the object of fascination for the entire village. The curious shopkeeper (Pankaj Kapur) is driven to desperation, making the plot even more interesting. The Blue Umbrella is a National Award winner directed by Vishal Bhardwaj.

Synopsis: Nila Madhab Panda’s feature directorial debut is the story of an intelligent and impoverished boy (Harsh Mayar), who befriends the son of a once noble family, and is inspired by the life of India’s late President A. P. J. Abdul Kalam; whose family was also poor in his childhood; to pursue an education. Mayar won a National Award for the film.

Synopsis: The “Kahaani” is about a pregnant lady(Vidya Balan) who travels from London to Kolkata to search for her missing husband. Written and directed by Sujoy Ghosh, Kahaani is a National Award-winning mystery thriller. The movie battles sexism and a cover-up along the way.

Synopsis: Who doesn’t know about Mumbai’s famously efficient lunchbox carrier system? The movie is about a mistake by these efficient delivery boys that results in an unusual friendship between a young housewife (Nimrat Kaur) and an older widower (Irrfan Khan) about to retire from his job. The movie is a feature debut for writer-director Ritesh Batra, who was heavily praised for the exploration of loneliness and the handling of the moving love story.

Synopsis: It is actually about a Wednesday; set between 2 pm and 6 pm. The story is of a common man (Naseeruddin Shah) who threatens to detonate five bombs in Mumbai unless four terrorists accused in the 2006 Mumbai train bombings case are released.

We are so tempted to stretch this list as Netflix is offering binge-worthy movies this July. While we have picked up a film for every genre, for every taste, there are quite a lot that we must have missed too. Don’t stop! Type them in the comments section below.

Movie Review Mulan : “Worth the Wait” or “Trash”?

‘Mulan’ has been very much in talks in the last six months of the pandemic going on. So we bring to you Movie Review Mulan. People had a lot of expectations from the movie and it reached out to most of their... 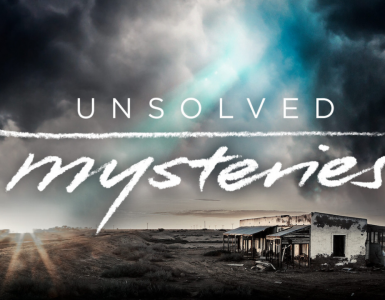 The widely-popular streaming site Netflix is loaded with binge-worthy content for all types of audiences. From documentaries to sitcoms, and from blockbuster movies to Netflix Original movies and TV shows, the list is...

Nothing can fix your mood better than a good love story, and what can be a better place than Netflix? The giant platform does not only accommodate the mainstream romances but also features the rom-com classics and much...

Movie Review Mulan : “Worth the Wait” or “Trash”?

4 Top Netflix Dance Movies: 10 Other Movies Like ‘Work It’