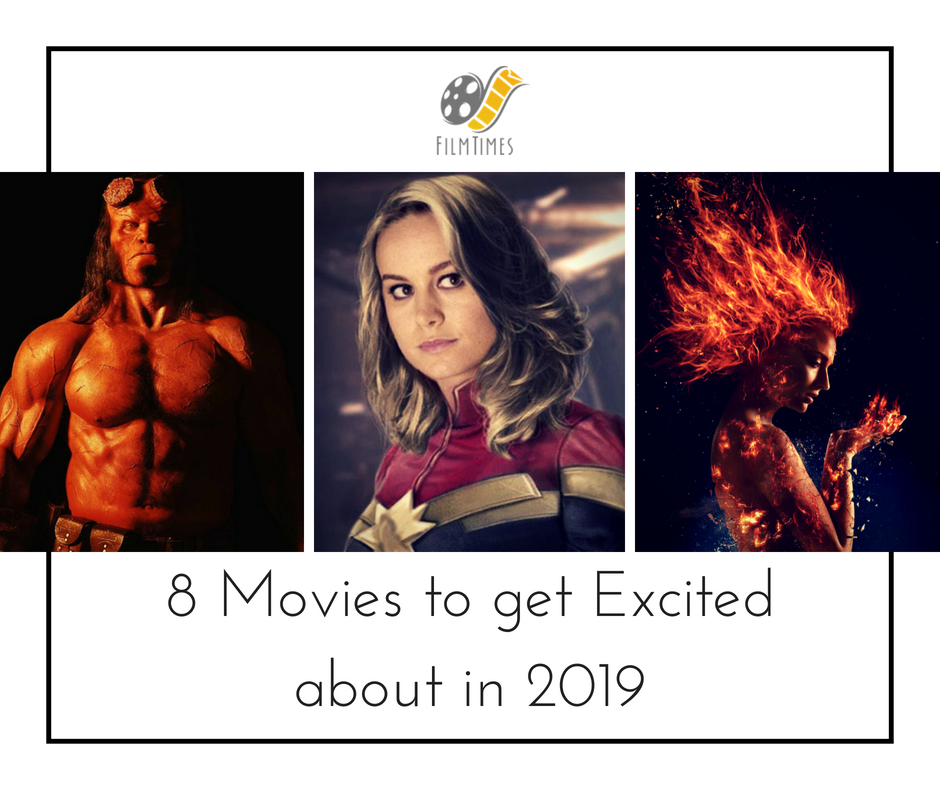 Yes, you saw the title right! We are talking about 2019 because 2019 will arrive even within a blink of an eye. Take a moment and look back. Its June already, in a matter of no time, this year will come to an end. 2018 was an amazing year for movies, and we always want to stay updated for the upcoming movies, right? For all you movie buffs out there, I hope this blog makes you plan your movie calendar for the first three months of 2019 because it the excitement to wait for a movie is much better than not knowing about the movie until the trailers are out because Hollywood has a lot of plans for 2019.

For 2019, let me bring to you, best new movies during the first three months to get all excited about. Do mark your (tentative because you never know when the dates just change) calendars. Read on to know all the movies.

About the movie: Neil Marshall has a new take on Hellboy and he says that it is a gripping tale from classic comic Mike Mignola. There will be more character to the Hellboy and this movie will rather have a dark tone to it. The story revolves around the two worlds – Supernatural and Human.

About the movie: After the Unbreakable and split, the trilogy is here with the Glass. The story, however, is still under wraps but we could still give you a little information here. It is said that all the main characters of both the movies will come back in this one. Good enough reason to watch the movie isn’t it? The movie is about tracking down a man who has 2 personalities.

About the movie: Remember how big a hit the first part of Lego was? Well, we weren’t expecting the first part to be this big a hit, but now that we know the not so creative name of the sequel is releasing, the expectations are going to be rather high. After 4 long years, we are sure that the wait would be worth it.

About the movie: What are your plans for Valentine ’s Day? Think no more. Save your calendars for a date with X-Men: Dark Phoenix. All of us know what to expect as soon as someone says X-Men. Well, with this part Jean Grey turns into a dark phoenix because she develops incredible powers. The team will now have to take a call – to save the life of their team member or all the people in the world.

How to Train Your Dragon 3 – The Hidden World

About the movie: The sequel is back with How to Train Your Dragon 3 – The Hidden World. This movie will see the return of a lot of characters or plot points of the previous versions. We are sure this would be a fun-filled roller coaster ride for us!

About the movie: When we think of Marvel, we think of all the heroes that steal our breath away! But Marvel was long due to make female-led superhero movie and finally, the wait is over. Brie Larson will be playing the main lead who is an Oscar-winning actress and we are confident that she will do complete justice to the role as she has the talent to pull off action, comedy, and drama. The plot is when the earth is caught in the middle of a war between two alien races and she becomes one of the most powerful heroes. The movie for me is sold just with the word “Female-led” superhero.

Godzilla: King of the Monsters

About the movie: The next chapter of Godzilla is here and how! With all new characters, we are sure that it would be a good treat for the Godzilla lovers. This epic Godzilla movie is an adventure where Godzilla is against famous (loved) monsters in the pop culture history. March is only getting more interesting, don’t you think?

About the movie: Cuteness personified is what Dumbo is to me! This is a story worth retelling and Tim Burton is exactly doing that. It is a remake of the Disney movie where this cute little elephant develops a skill to fly due to his extraordinary giant ears which once made him a laughing stock. Oh yes, that’s right.