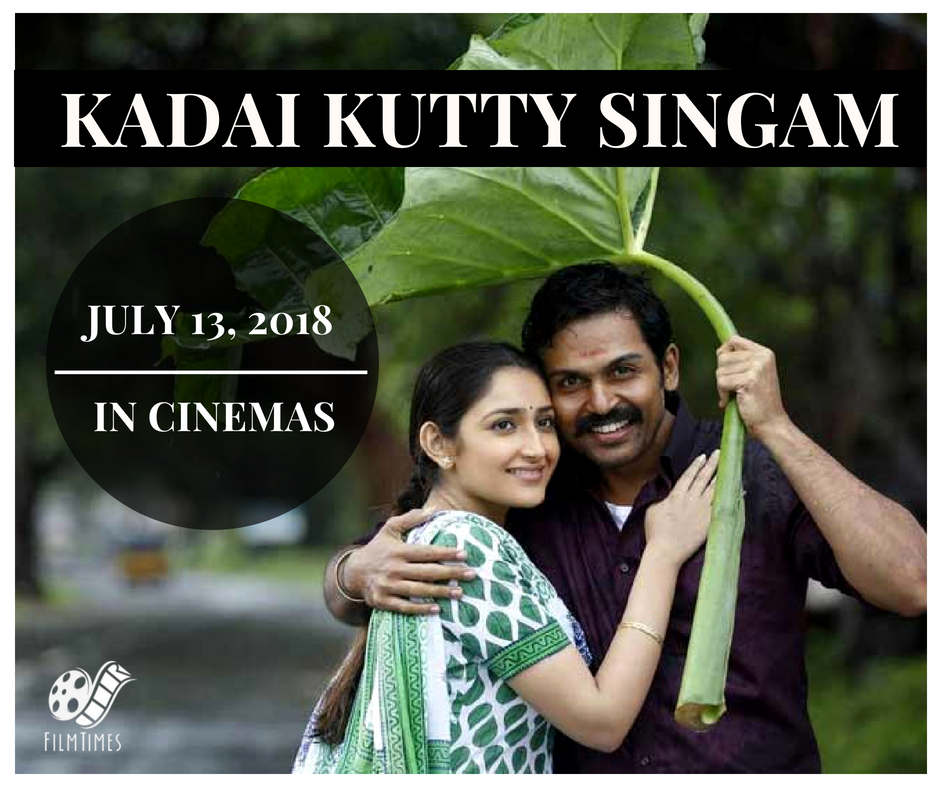 Kadaikutty Singam film will be hitting screens on July 13, 2018

Renowned filmmaker Pandiraj’s awaited ‘Kadaikutty Singam’ starring the charm of South Karthi, Sayyeshaa and Priya Bhavanishankar in leading characters is all set for its release. Now references have revealed that the movie will hit the cinemas on the 13th of July, this year. But, certain confirmation is still to come.

The movie is being produced by Karthi’s brother and an adored actor Suriya below his banner 2D Entertainments. This will be the very first time, this star duo of brothers have pulled up together for a movie. Sources say that Suriya has even given a special appearance in this movie.

Straight from the very initial poster, it is obviously visible that the movie will display the importance and greatness of farming. Karthi’s five sisters in the movie and therefore we can likewise await for a pack of family morals in the movie.

Kadaikutty Singam’s music is composed by D.Imman, on the other hand, Velraj has handled the camera and Ruben has done the editing. The movie has obtained a clean U certificate from the censor board.