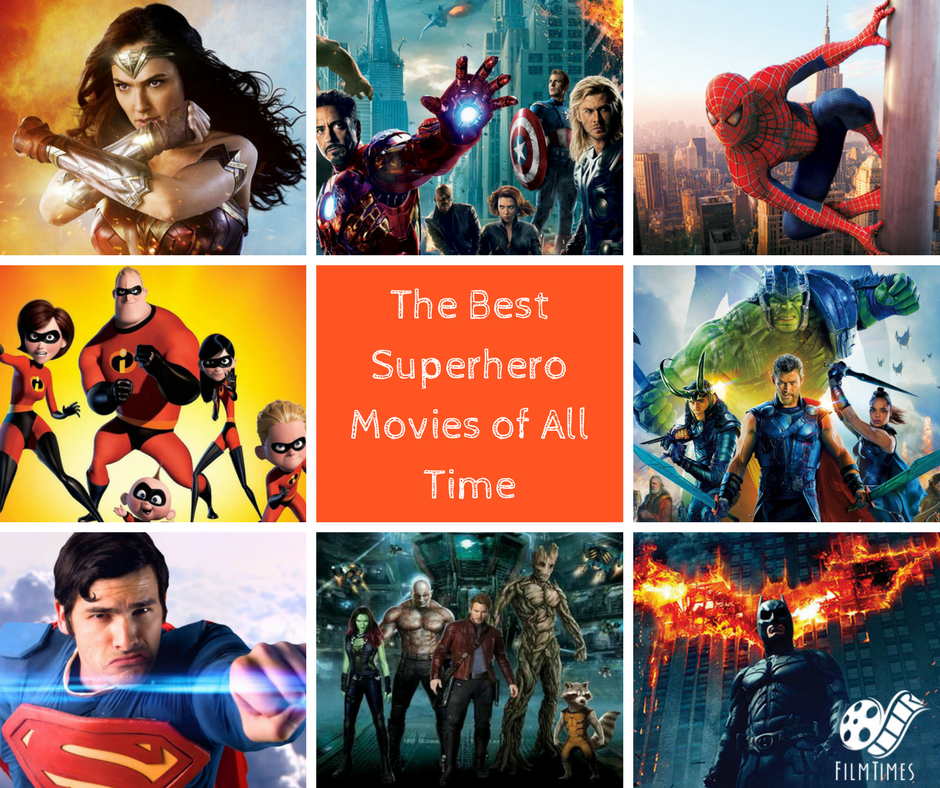 The Best Superhero Movies of All Time

Superhero? All of us have been a huge fan of superheroes right from our childhood, whether it’s Hulk, Wonder Woman, Captain America, Guardians of the Galaxy, or Iron Man. These heroes are known as superheroes for their strengths, bravery and the perspectives through which they can overcome their differences between each other and work with each other as a team and serve the humankind.  The superheroes are available in comics, games, and movies. Also, we take our superhero fans very seriously as there is comic-con that’s organised every year in different parts of the world. If you are a superhero fan you sure should visit this event once in your life as you can find all your favourite superheroes here and also you get the official merchandise. Mentioned below are a few movies that I highly recommend. If you are not a superhero fan yet, then start watching and you might finally be on the other side of the world (the superhero fan club).

About the Movie:  Hulk is based on Marvel comic character and the movie revolves around Eric (Dr. Bruce Banner) who finds out that, he turns into a huge man who is green-skinned whenever he gets angry, in an accidental lab experiment and has a conflict with his father. Hulk had a commercial success all over the world and the character Hulk has been loved by every Marvel fan.

About the Movie:  Thor- the dark world continues to bring adventures on a big screen from previous marvel’s Thor, in which he continues his battle to save the planet from an enemy who assumes the universe itself and tries to destroy the world with his powers. In this movie, Thor reunites with Natalie who forces him to sacrifice everything to save us from the enemy.

About the Movie:  This movie is about a teenager who finds out that he’s not an ordinary teenager like rest of his classmates and has superpowers. He uses his powers against rest of the college students who bully him and aren’t good to others.

About the Movie:  This is the first solo Wolverine movie of the X- men’s character. Hugh Jackman plays the main lead of Wolverine and is caught fighting with the ninjas in the land of Japan. Take my word for this one and do watch it.

About the Movie: Jack Nicholson plays the main lead of batman who portrays the character of a joker and has survived a major accident; Michael is a crusader and becomes a crime fighter.  Kim is wanted by both Michael and Jack which leads to a fight between them.

About the Movie:  Robert Downey Jr plays Tony Stark who is the Iron Man. Under the pressure of government, Tony Stark reveals the secret of Iron Man to the military of United States but fears that information might fall into the wrong hands which actually happens and therefore he forms a new Iron Man suit to protect it from the enemies.

About the Movie:  This is the first in Batman series where humour prevails. Adam West and Burt are the crusaders who are called in to fight with millennium team who conquer the city of Gotham by turning the UN Security Council into the trash. Batman is one movie where you will fall in love with the villain as well – The Joker. Also, you may even feel bad for him.

About the Movie:  The most friendly neighbourhood webmaster is back with Spider-Man 3. All goes well until one night; something mysterious falls from the sky in New York City destroying it. The mysterious object is not a shooting star or a comet but an unknown object which has been sent to destroy New York. Spider-Man takes this mission in his hands to save his city from this unknown object which has come from the space. If you haven’t watched the first two parts, watch those before you start with this one.

About the Movie:  The movie is based on an unstable nuclear war between America and Russia. The superheroes are made to stop this war between both the countries.

About the Movie: Dr. Bruce banner who portrays the character of Hulk in the movie has been travelling across the globe to find the antidote for his anger but he gets caught with a horrific creature known as the abomination who stops him from getting that antidote.

How many have you watched out of the above-mentioned movies? If you are a superhero fan, we are sure you would have already watched it all. If you haven’t then I would suggest you pick one movie every weekend and chill, after all, Netflix and Amazon Prime has made our life easy, hasn’t it? Also, most of the superhero movies also have sequels, so if you haven’t watched any, start from the first part and watch the rest.