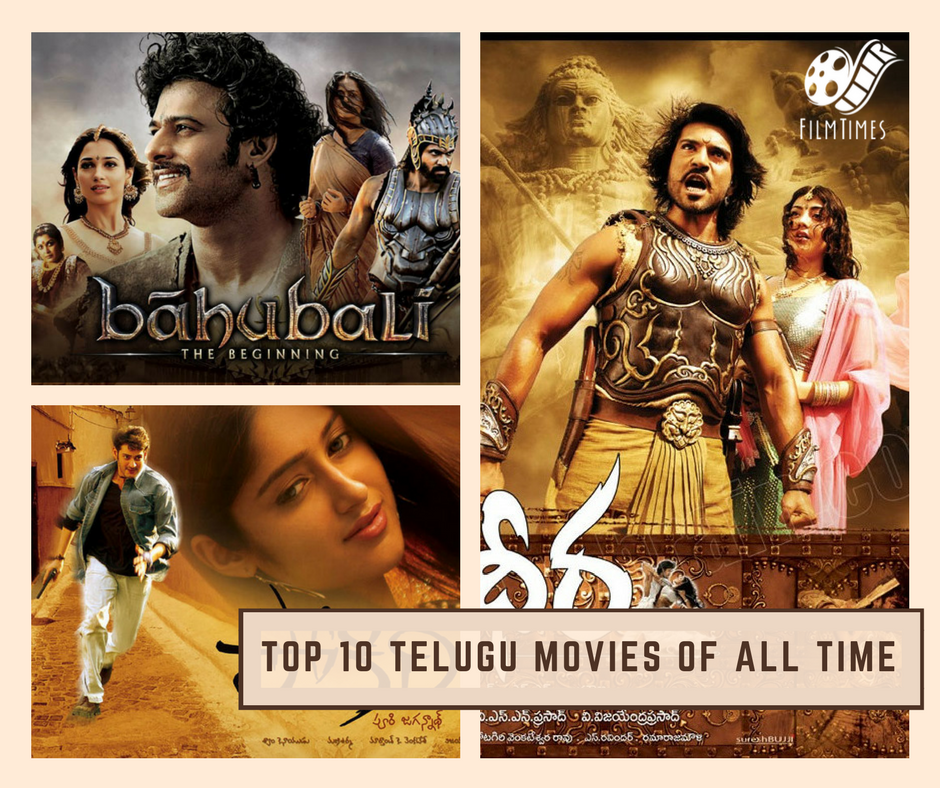 Top 10 Telugu Movies of All Time

Following is the list of top 10 Telugu movies of all time.

This movie is the biggest Telugu hit ever. It stars Pawan Kalyan, popularly known as the ‘Power star’ of the Telugu film industry. The movie claims to be a completely power-packed commercial cinema, with great performances, action & amp; comedy.

One of the biggest blockbusters of India, starring Prabhaas. Its second position in the list is slightly arguable since it was released in multilingual format across the Country and Internationally. Historical fiction at its best and would have two sequels to follow.

One of the classic hits featuring NTR and Mohanlal. The movie has been always appreciated for its great storyline and superb performance by NTR. It is also known for its choreography and the moral message it gives to the public.

This Allu Arjun starrer is the biggest movie of his career in terms of collections. This film also stars Shruthi Hassan and Bunny. Its known for its action and some great comical performances too. All in all a complete Masala movie.

If we can speak of a historical fiction which made it really big before “Baahubali” came into the scene, it would be this movie. Another reason is the maker Rajamouli himself and looks like that he specializes in this genre. With Ram Charan Tej’s powerful performance in two different time periods, it makes this movie a must watch.

Favorite of many previous generations and present generation fans. This one is a classic blockbuster. It claims to have the greatest special effects of its time. It is one of the most memorable works of NTR and supposed to be the best ever performance given by him.

Now, this is called talent. NTR himself directed, produced and acted in this movie. If that wasn’t too much, he played three key roles in this mythological super hit.

This is a Pawan Kalyan starrer and a bit different for his high octane action image. This is a simple love story which revolves around young, college-going couple. The popularity and the viewership of this movie show how versatile of an actor Pawan Kalyan is.

This Mahesh Babu starrer became such a blockbuster hit that, other movie industries like Tamil, Kannada, and Bollywood had no option, but to remake it with big stars of their respective industries. Mahesh Babu’s charm has worked magic on the audience and the Telugu version itself was viewed across the country by millions of fans.