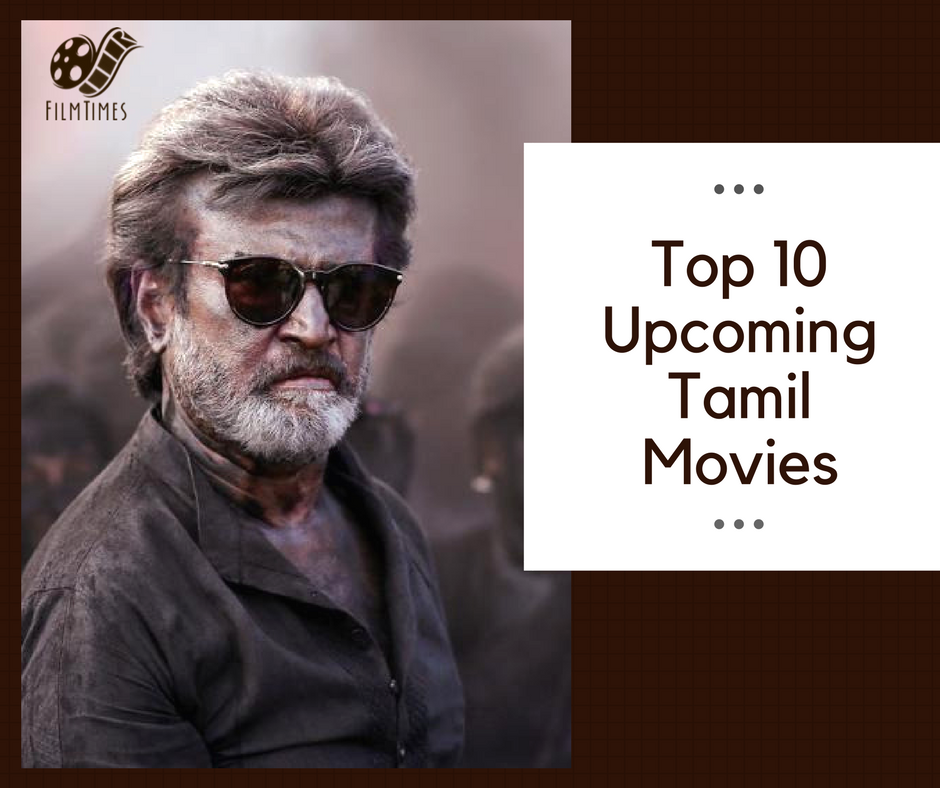 Superstar Rajinikanth’s ‘2.0’ is definitely the most awaited movie of the year. However, the due to certain pending work on the VFX, its release have been postponed from the initially proposed date of the 7th of April. Supposed to be the costliest Indian movie ever made at the budget of 450 crores, its music was released in grandeur, at Burj park Dubai in November 2017. Directed by Shankar it would be a sequel to his previous creation ‘Enthiran.’ Bollywood star Akshay Kumar would be seen as the principal antagonist, with Sudhanshu Pandey and Amy Jackson being the other important casts.

This is after a long long wait, that the audiences would be gifted with two Rajinikanth’s movies in one single year. ‘Kaala’ is the second venture of P.A Ranjith with Rajinikanth. This makes ‘Kaala’ one of the movies with very high expectations from the fans. Post keeping the fans hanging in dilemma for a long time, finally it looks like their wish has been granted. The release date of ‘Kaala’ has been set on the 27th of April. Other than our most loved ‘Mega Star’, powerful actors from Bollywood in the likes of Nana Patekar and Huma Qureshi also are a part of the project. It also has Eswari Rao and Samuthirakani in supporting roles.

Hoping that highly Talented Veteran Actor Kamal Haasan’s secret service thriller ‘Vishwaroopam’ still lies in the corner of the audience’s memories, Haasan released the first look of its sequel ‘Vishwaroopam 2’ last year. ‘Vishwaroopam’ was a critically acclaimed work and faced some controversy during its time of release, and the movie was also known for its unexpected conclusion. However, the sequel is already in its post-production and is planned to be released this summer. Fans can hope and expect a lot of additional heat this year.

‘Thala’ as fans popularly address him, Ajith Kumar is coming up with his new project ‘Viswasam.’ He has teamed up again with Siruthai Siva on this project and this would be their consequent fourth project. Although this partnership has come under some criticism, the project seems to go forward. Ajith’s previous project ‘Vivegam’ did not meet the Fan’s expectation and bombed at the box office. However, the two previous movies with Siva- ‘Vedalam’ and ‘Veeram’ were successful at the box office. Fans excitedly are waiting for this movie, despite the underperformance of his last movie. Sathya- Jyothi films would be producing this movie and it’s most likely to be released this Diwali. The production house is currently finalizing on the cast and the crew.

Another most awaited Tamil movie of 2018 is ‘Suriya 36’. This movie is the first venture of Suriya with renowned filmmaker Selvaraghavan. Fans have shown much interest in this partnership project and ‘Suriya 36’ is already trending in the social media circle big time. On one hand, Suriya is one of the most loved actors of Tamil cinema, on the other hand, Selvaraghavan has been known for his off-beat storylines and characters. The combination of these two talents would probably result in a treat for the audience. The female lead opposite to Suriya is Sai Pallavai and the movie is supposed to be released this Diwali.

Soaked in the success of the recent blockbuster Vijay is already out to partner with AR Murugadoss. Post ‘Thuppakki’ and ‘Kaththi’, this would be their third outing together. This project has already seen an inauguration ritual last month. Vijay’s apparent looks for this movie has already gone viral and creating waves in the social media circles among the fans. As of now, it has been popularly named as ‘Thalapathy 62.’ This one looks like a huge project, as legends like A.R Rahman and editor Sreekar Prasad are already on board. Supposed to be a socio-political thriller the movie might hit the big screens by the end of the year.

‘Tik Tik Tik’ is supposedly the first Indian movie based on space. This science-fiction thriller with Jayam Ravi at the lead is already making noise on the internet since its teaser was out. ‘Tik Tik Tik’ is directed by Shakti Soundar Rajan who also directed Ravi in ‘Miruthan’ and gained humungous popularity for his work. Reports state that this project would be a high budget one due to the buck spent on the VFX effects. That would be probably the main selling point of this movie too. The expectations are high with all the talks doing rounds. This film also stars Vincent Ashokan, Nivetha Pethuraj, and Ramesh Thilak and is set to release later this month.

Gautham Menon’s creation ‘Dhruva Natchathiram’ is an espionage thriller, which was planned to be released last year, however better late than never, now it is likely to hit the screens in summer. The film is Vikram’s first collaboration with Gautham Menon and would remind the audience of Matt Damon’s popular Bourne series of Hollywood. ‘Dhruva Natchathiram’ has an impressive cast with Aishwarya Rajesh, Ritu Varma and Radhika Sarathkumar in important roles. The teaser of ‘Dhruva Natchathiram’ took YouTube by storm with fifteen million views since its release.

Thiyagara Kummaraja is back with ‘Super Deluxe’ after a long break of eight years.

His debut Aaranya Kaandam considered to be a landmark movie in Tamil cinema gained huge popularity due to the well-written thriller script. ‘Super Deluxe’ is again written by Mysskin and Nalan Kumarasamy. One of the happening actors of Tamil Cinema Vijay Sethupathi is interestingly doing a challenging role of a transgender in this project and is called Shilpa. That would be something to look out for. This movie also has Samantha, Fahadh Faasil, Mysskin and Ramya Krishnan in the cast.

Now Mani Ratnam is not a filmmaker who gives up that easy. Post the mixed responses and poor performance at the box office of his romance drama ‘Kaatru Veliyidai’ he is back again.

This time he has got a sky full of stars along with him in his upcoming multi-starrer movie ‘Chekka Chivantha Vaanam.’ The poster of this project has already gone crazy on the net. The expectation of the audiences would be to see some of the most renowned actors in the industry on one single screen. This would be in the likes of Simbu, Vijay Sethupathi, Fahadh Faasil, Jyothika, Aishwarya Rajesh, Aditi Rao Hydari and Arvind Swamy.