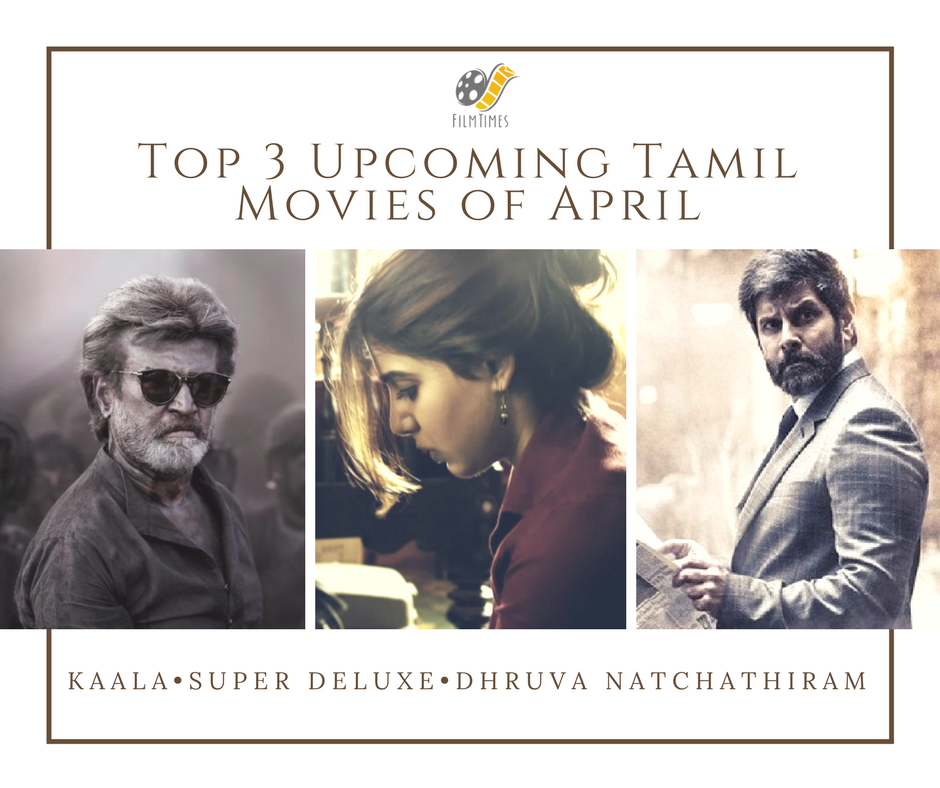 April has in store some amazing Movies for all you Kollywood Fans out there. Here is a list of movies that you must include to watch in your movie bucket list today.

Actor Vikram’s first collaboration with Director Gautham Menon is a Tamil spy-thriller movie. The film has been shot in 7 countries. The plot of the film revolves around a New York-based cover agent along with his team who are on a secret mission to find and bring back the leader of the team who goes missing mysteriously.

Kaala produced by Dhanush consists of a powerful Star Cast which includes Superstar Rajinikanth, Huma Qureshi, Nana Patekar along with others. This Tamil Crime Drama has its plot revolving around a don in Dharavi (Mumbai), who ran away from Tirunelveli in his childhood.

National award-winning director Thiagarajan Kumararaja’s second movie Super Deluxe has lead star Vijay Sethupathi playing a transgender in the film. The beautiful actress Samantha can be seen totally de-glammed in the film. The movie is supposed to have an action crime plot. The movie would be a treat to watch as the lead stars have a role played never before.