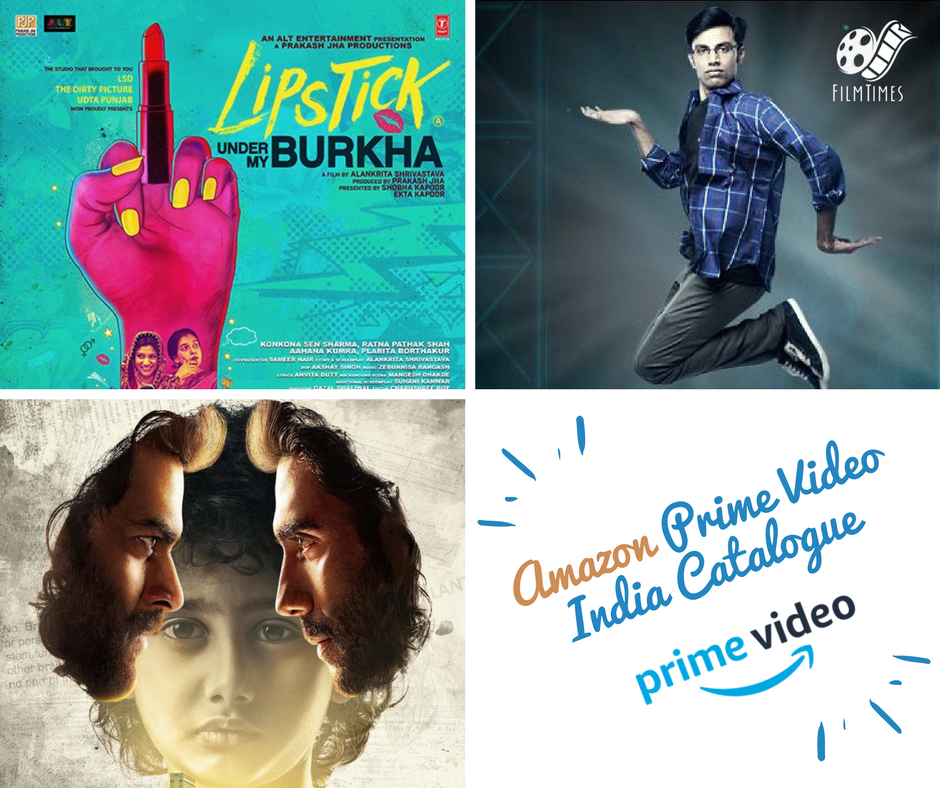 Amazon Prime Video was introduced in India in 2016. Ever since Amazon Prime Videos have been launched in India, it has opened the door for a lot of entertainment for Indian Audience. The best part about Amazon Prime is it also has Amazon Prime Exclusive Videos (basically that streams only on Amazon). The membership rate currently for Amazon Prime is INR 999 per year (Which is less than 90 bucks a month) which is super reasonable. Amazon has movies, shows, comedy shows and a category allowed especially for kids.

Amazon Prime has so many choices to make that, after hours of browsing, we realize that we have wasted too much time on just figuring out what to watch and may end up not having time to watch at all. But why deprive yourself the joy of watching something when you actually can? I’ll help you help by suggesting a few movies and shows that could be something that you could watch next.

About the Show: Breathe has just launched its teaser and trailer and there is a lot of hype about this show already. The show is about a single parent (Madhavan) and his critically ill daughter who needs a lung transplant. Will he be able to find justice for his daughter and give her a new life? Watch Breathe to find out more. Also, I strongly believe that this show will be a great hit not just because of the star cast but also the producers of the show are the same as Baby and Airlift. I cannot wait for the release, can you?

About the Show: Inside Edge is about the story of Powerplay League, a T20 cricket franchise, Mumbai Mavericks. There is always an inside game played behind the real game and you need to watch Inside Edge just to get a hint of that. Inside Edge will show you everything from sex, power, money, and more. The best thing about this series is that it is unfiltered.

About the Show: Despite the Cultural Revolution that happened in 1969, Newsrooms still remained the same. Good Girls Revolt is a story of a group of young girls who are researchers at ‘News of the Week’ where they ask for their right to equality and the story revolves around that.

About the Show: The Marvelous Mrs. Maisel is based on a married girl living in New York. Her life revolves around her husband and children and fancy dinners that she hosts in her apartment. But life decided to take a U-turn. She did not really have the time to decide on her various career options and had to take a decision immediately and decided to be a stand-up comedian. From being a housewife to a stand-up comedian, you sure should watch this series to see her journey.

Amazon Prime had signed up 14 stands up comedians for Amazon Prime Original. They had literally signed up the best comedians in India  Kenny Sebastian, Kanan Gill, Biswa Kalyan Rath, Sapan Verma, Sorabh Pant, Zakir Khan, Anuvab Pal, Naveen Richard, Varun Thakur, Azeem, Neville Shah, Aadar Malik, S Aravind, and EIC. I would suggest you watch all the 14 that is there on Amazon Prime, but you want to know my personal top 5 Stand Up Comedy shows on Amazon, click here. I highly recommend you to watch these if you want to forget all worries in your life and have the best one hour of your day.

About the movie: Salaam Bombay is the story of a young boy named Krishna who left home because he had told that he will earn 50 Rupees and only then come back. He left his village and came to Mumbai and started working in a stall in the red light area of Mumbai where the life of street children, drug dealers, prostitutes is shown. His only wish is to go back to his mother someday, this movie is a must watch.

Duration: Less than 10 Minute Each

About the movie: Love Shots are 6 short movies of less than 10 minutes duration each. Each movie is beautiful in itself and has its own theme. No two themes are remotely close to one another. The crux of all these movies is LOVE. Every movie has a different star cast and every star cast has done beyond justice to their roles and added value to the movies.

Lipstick Under My Burkha

About the Movie: For those readers who are wondering why has this movie made it to my list, it is mainly because this movie has gone through a lot due to the certification board to censor a lot of scenes which almost made it lose its essence. The reason for this is the board is not used to having any filmmaker being brutally honest about the secret desires of a woman, and this movie has done that exactly.