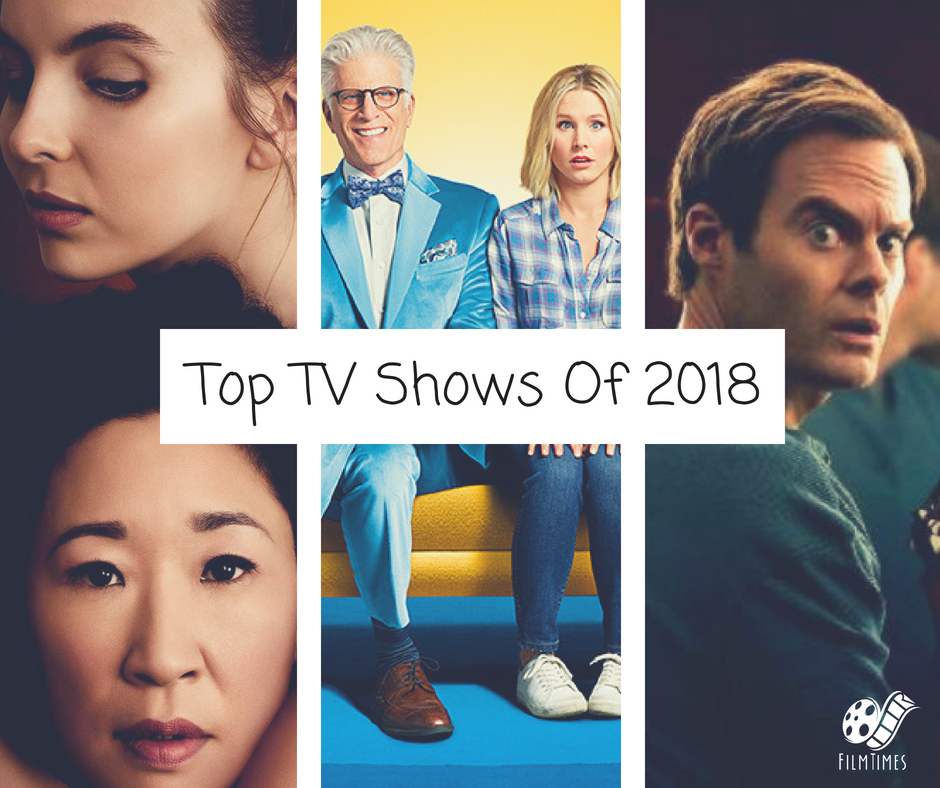 If it seems that there were too many TV shows in the previous year then you need to look at the current year too.

We are into almost the mid of 2018, and fortunately the big TV channels and the online streamers have not left us alone. They kept serving the platter on their screens for audience to binge on them. The range is huge, starting from documentaries, to beautified versions of known classic tales, to creativity, everything is available.

This series is back after a decade and picks up 8 men from everyday life and grooms them to transformation. The focus areas are food, grooming, design, fashion and culture, and yes there are five experts from each of these fields. This group went across the state of Georgia and revamped the lives people ranging from a pastor to a NASCAR enthusiast. Although, the show depicts some generation gap from its prequel, the main theme remains the same. It went extremely popular after being aired and got audience addicted, so the production responded by coming up with the second season.

Season one of this clever comedy ended with a crazy plot-twist. The writers of The Good Place kept the audience guessing and that made the season two much awaited. The creator Michael Schur alongside his team created some surprise offerings in the second season, resulting this season to closely compete with the first one. Less deep logic and more of smart tricks helped fans to keep up with the show this season.

This web-series-turned-TV show, in its first season showed the link New Yorkers had with their weed dealer known as The Guy, in the second season the focus is more on this character itself. The change is said to be apparently because of the break-up between the co-creator and lead actor Ben Sinclair and Katja Blichfeld and a band of new writers. The genius of the work did not get affected by this change. The everyday life of city residents and a more humane peek at the life of a drug-dealer seems to be going well with the audience.

CBS All Access is up with the show which is one of the very first scripted shows available online. Post a very successful first season, the narrative is taking up some new challenges with great discipline though, so that it remains as real as possible. This time it looks at charging on the current President. The makers are smart enough to have audience get carried away with the realistic side of the series.

Wild Wild Country is more than a show which depicts the notorious sex cult and xenophobic reactions of Americans on it. The side of America which the millennials are completely unaware of is displayed in the series in detail. A group of religious senior citizens move to a small town in Oregon, located in the proximity of Rajneeshpuram. Trivial conflict ensues and turns into an international issue, involving assassinations, explosions and bio-terror attacks. This is a real scandal, which was almost forgotten now brought back by Netflix.

Bill Hader, a hitman wants to switch careers and become an actor. Though the plot sounds too familiar and outdated and won’t catch the literati of the audience in these times, BARRY needs to be given a shot. A veteran killer with post-traumatic-disorder and doing a soul searching is quite a role, Hader has done justice too. Alongside Sarah Goldberg, Henry Winkler, Stephen Root and Anthony Carrigan, it is a 30 minutes of hilarious trip to go for.

MI5 agent Eve, played by Sandra Oh in hot pursuit of psychopath hitwoman Jodie Comer is the core of the series. This BBC America’s eight-episode series grabbed eyeballs in its first season and made waves. The obsession of these women with each other and the cruel out-of-the-box fun, gets audience completely engrossed. The success of the first season pushed the makers to come up with the second one. Now it would be fun to watch that who among both ladies can outsmart the other.

With this kind of title, the expectation of fans goes beyond the horizon. Although the season kicks off with the murder of the Italian fashion designer, the focus moves to the serial killer Andrew Cunanan. So its kind of misleading for the audience who were expecting a deep dive into the murder mentioned in title. Darren Criss plays Cunanan on his three-month murder spree and does quite well in playing a deranged killer who is not clear of his motives. Ryan Murphy’s first in the series The People Vs O.J. Simpson did not live up to the hype of the latter.

This was a cracker by Donald Glover. Two Golden Globes and two Emmy Awards in its first season is quite an achievement. It obviously takes a lot to meet the viewer expectations in a new season when the bar is set so high. As expected Glover did push many boundaries in the second season. First with a horror short motivated by Michael Jackson, then reconstructing Hotline Bling, Glover with his Atlanta is turning a lot of heads around social issues in America. He is doing all that in a way which has not been attempted before.