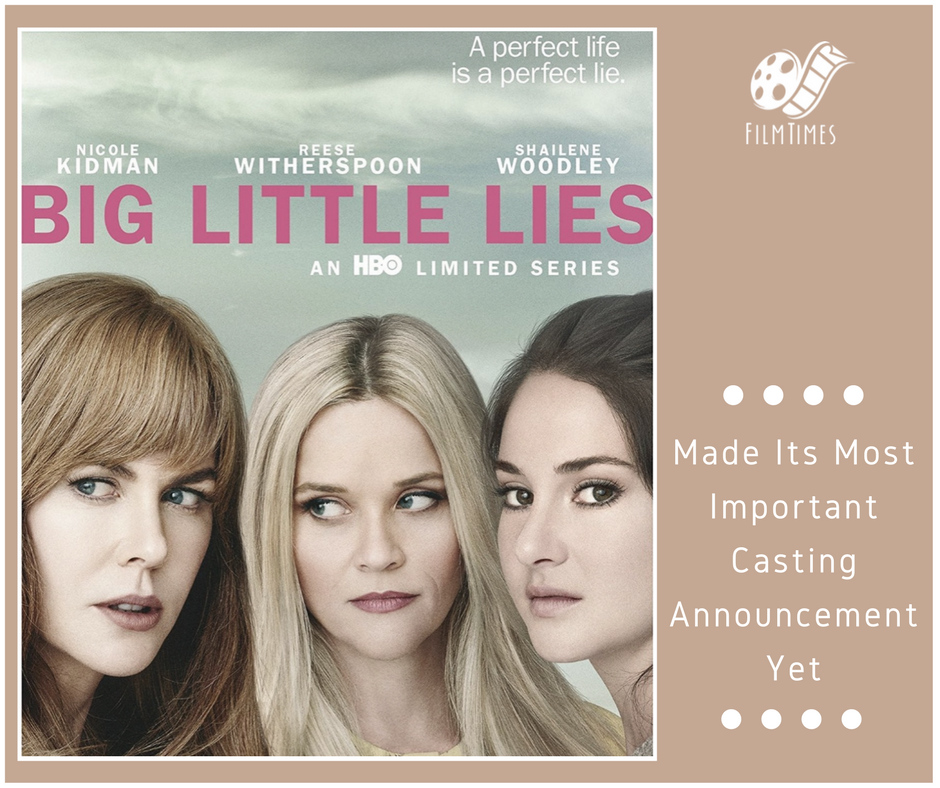 Big Little Lies Just Made Its Most Important Casting Announcement Yet

The first season of Big Little Lies was just perfect, isn’t it? Little did we expect the second season (though a little part of us did think there could be a second season because of the last episode of the first season) but it is in the making and how! Also, are you amongst the people who are wondering that how can they possibly outdo themselves in this season? Well, I’m damn confident that they cannot let their fan following down.

Also, if you are wondering when this season will be out, let me tell you – Not this year. They are going to start shooting this year so hopefully, we can expect it to release next year. All the HBO viewers must be used to this undefined wait due to the other series like Game of Thrones, etc. Most of the main characters are coming back with the real Meryl Streep joining in the second season with an already awesome star cast. She will be playing the role of Celeste’s mother in law, Mary Louise Wright (bells ringing?). Well, yes in this season she will be looking for an answer to the mysterious death of her son Perry.

With the rest of the characters, we don’t know who is going to be cast and who is not. Will Perry actually come back or is he still dead? Let’s just wait for more announcements to be made. But hold on, there was one announcement that we sure know of.

All you dog lovers in the house, there is good news for you. The star cast and the storyline anyway is a good enough reason to fall in love with the show, but no. They need to melt the hearts of the viewers by introducing the cutest and the best character in the series. Guess who? reesewitherspoon has uploaded this beautiful picture on Instagram that says – “Introducing Jolly. He has the best hair of all the cast!!”

Isn’t he a heart-stealer? We already love him, don’t we? Now, let’s take a back seat and wait to know a little more about this series.