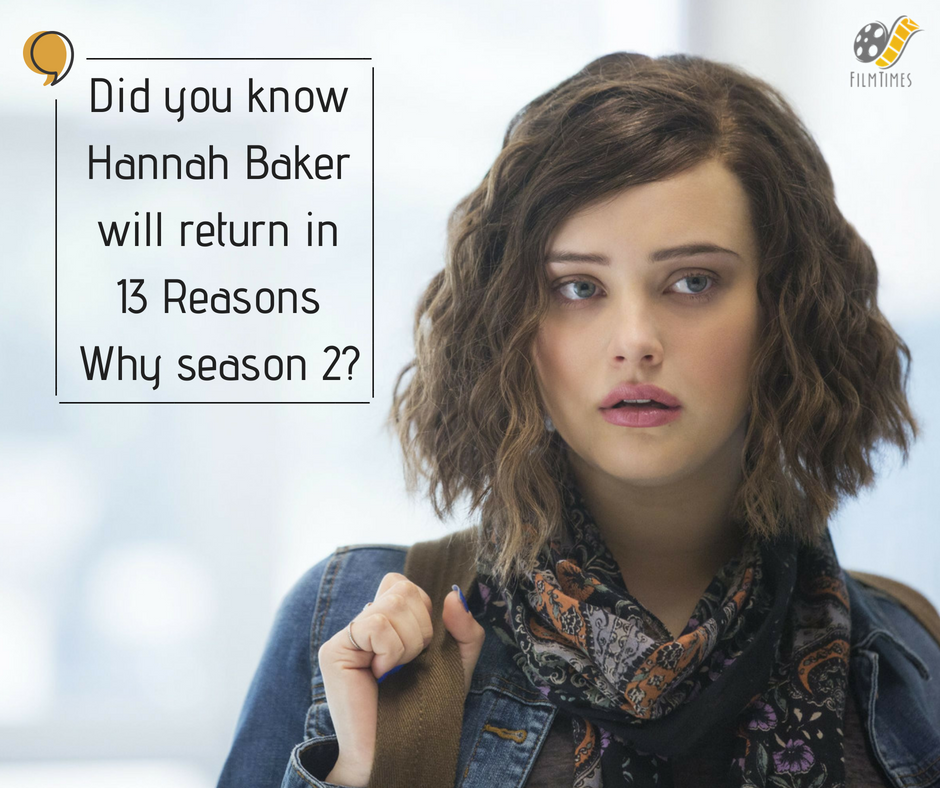 Did you know Hannah Baker will return in 13 Reasons Why season 2?

13 Reasons Why is one dark, gripping, thrilling yet becomes a show that you want can’t wait to watch. How many of you were rather sad that the season 1 ended? Well, the makers obviously aren’t going to disappoint us. The makers are set to keep us on the edge of our seats yet again. The season is out on Netflix on May 18 and with the release and reviews, we now know that Hannah – Katherine Langford returns and how!

Though we were pretty sure that Katherine would definitely make her appearance in season 2 despite the tragic suicide of Hannah’s at the end of season one, the co-star made her hints obvious about her prominent appearance as flashbacks.

Dylan Minnette said that “I think that you’ll see more interactions between Hannah and some other characters we haven’t seen before”. People say a lot of things and then things change when the season releases, but it seems in the case of 13 Reasons Why what we heard is actually coming true. Hannah actually features in flashbacks. Want to know how? Well, the plot of this season is around Baker’s family’s lawsuit against the school and how they go to the trial. So when the testimony of each character comes up, they show Hannah’s version that they have on tapes.

But you think we, the viewers, will be happy only with Hannah’s presence on the tapes? Our makers know us well. They have a little surprise for us (Spoiler alert)! She appears as a ghost and the only person who can see her is Clay. Well, it doesn’t end there. He can, not just see, but also interact with her. So she is going to be a ghost that we would like and not the one that haunts. She is going to be a walking, talking ghost which only one person can see. Could be corporeal?

This weekend, get ready with your popcorns and sit in front of Netflix and chill by watching 13 Reasons Why season two which has already arrived on May 18. So what are you waiting for?