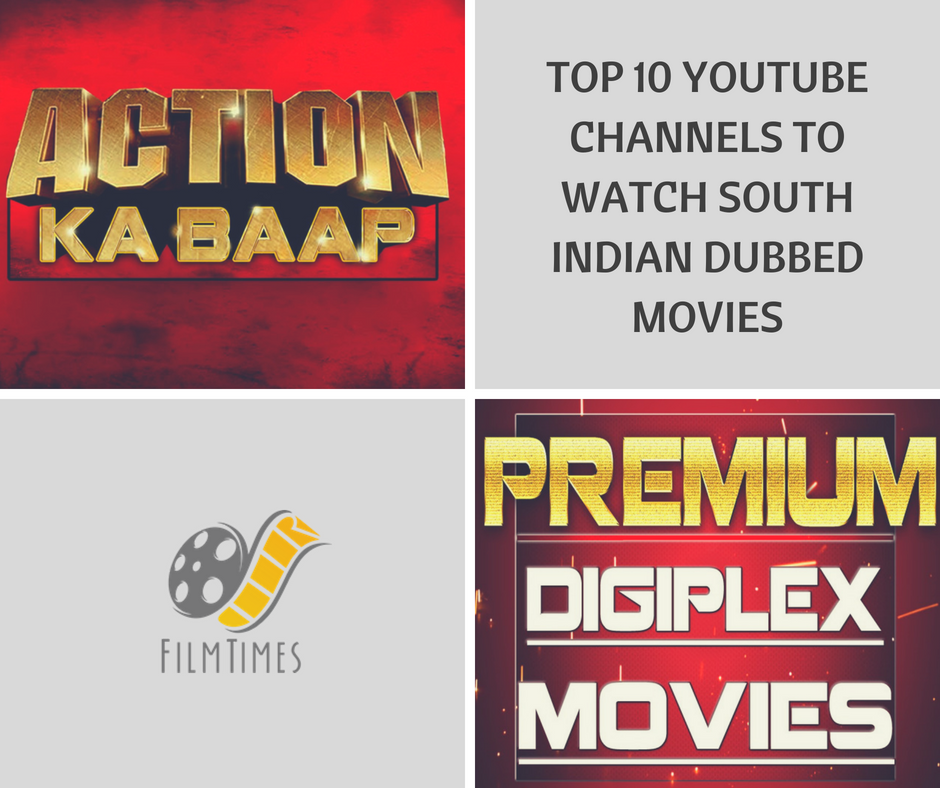 The best place to watch free stuff without much of Hassle is YouTube. Now there are options available to watch movies on YouTube even in HD. Though there are a lot of options to watch Bollywood and Hollywood movies on streaming, there are some channels with South Indian movies dubbed in Hindi which are followed a lot by the crazy fans. The bonus factor is that these are available for free.

Let’s have a look at the top 10 YouTube channels which provide this option to the viewers.

This is one of the top channels on YouTube with a collection of more than 5300 videos. Whether it is the latest South Indian movies dubbed in Hindi or comedy videos or just plain Hindi movies, Goldmines Telefilms is the one-stop destination.

Like the name suggests, this channel provides Hindi dubbed version of South Indian action movies. This channel has a collection of some 300 movies, and the followers should be ready to watch all kind of Gravity-defying stunts.

This channel is a part of Goldmines fraternity specialized in action. Most of the movies are South dubbed in Hindi. It has almost 350 videos to offer to the audience.

This channel consists of three major categories of movies, first is the regular full-length movies in Hindi, then its regular South Indian films and finally South films dubbed in Hindi. It has a collection of two hundred such movies.

This channel is a household name when it comes to South Indian movies. This channel is known for sourcing movies from all the film industries within the country, like Mollywood, Sandalwood, Bollywood, Kollywood, and Tollywood. This plethora is available 24 hours for the audience in this channel. The most-watched stars are Rajinikanth, Kamal Haasan, Nayanthara, and Namitha. The genres also range from horror, comedy, family, drama, fantasy, mystery, history, sci-fi, thriller and western.

This name stands for RK Duggal and they are a production house based out of Mumbai. This production house is involved in production, acquisition, and distribution. Their core job is to acquire movies which further gets dubbed and distributed to various digital platforms and satellite channels. RKD deals with media rights in all kind of electronic media which includes, satellite broadcasting, mobile, internet etc. RKD has exclusive rights to above 100 movies, produces TV series and advertisements.

Shama Digital Entertainment is one of the good channels who has the collection of Mollywood, Sandalwood, Bollywood, Kollywood, and Tollywood. This entertainment is accessible round the clock and the range goes from Rajinikanth, Mohanlal to Shahrukh Khan. Their collection includes comedy clips and songs too. Movies from all genres are also available in this channel.

This channel mainly focuses on content acquisition and distribution. Once acquired they provide a list of South movies dubbed in Hindi and the collection is around 350 movies.

This is a joint venture between Sumeet arts and CineKorn movies. This channel has a collection of Superhit South movies dubbed in Hindi. The total collection is more than 100 movies for the audience to watch and enjoy.

So get hold of your laptop, desktop, mobile phones and tablets and start binging.