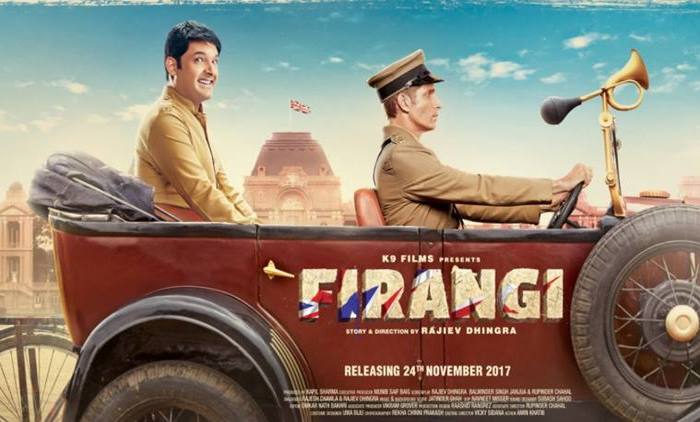 Firangi – Hit at the Box Office or Not?

Firangi is based on the Freedom Struggle time where it is a story of a village man, Mangat Ram Singh (Manga) who neither has an ambition in life nor a job. During the days of British (Firangi), Manga is the only man who thinks that Firangi are good humans. Out of the blue, Manga is offered a job with a British Officer. The story circles around Manga who falls in love with a villager, his job and the villagers protesting against the British for freedom. 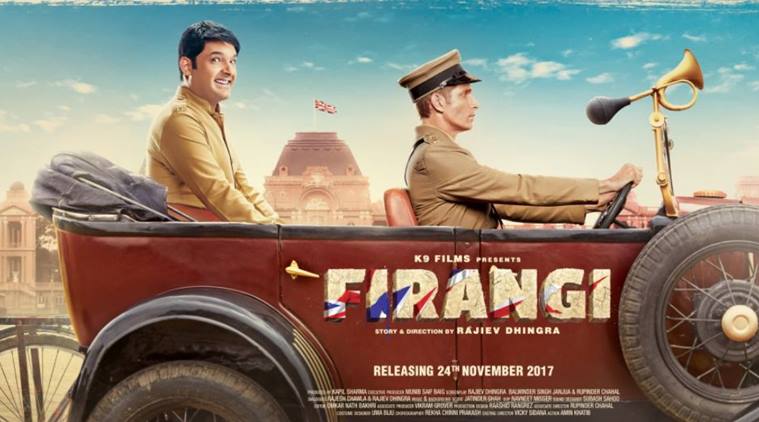 Firangi movie is a colonial movie of 1920, where a bunch of villagers are protesting against the British because they are not able to pay the tax that is being asked by them. Heard this story before? Yes, you will surely remember a lot of Lagaan and Oceans 11. So what is so different about this movie than the other two? Well, everything. The movie is atrociously long where you need immense willpower to sit through the movie with hardly any humour or even story. The storyline is rather basic that could have easily been over in two hours but they had to stretch and drag it. Let’s talk about the movie a little more.

Manga (Kapil Sharma) is shown as a person with no ambition to do anything in life. But they have showcased his special talent of curing people’s back by kicking people at their back and voila! What is a Hindi movie without a little bit of romance in it? There is an ordinary love story that is shown between Manga and Ishita Dutta who plays a role of a villager. The romance is elongated like an elastic for over 2 hours and 40 minutes and there is a point where you might wonder ‘WHY?’

In the meanwhile, Manga decides to find a job for himself (obviously only to impress his girl and not for his own good) and lands a job under a British Officer. He is too excited about his job and has an excited smiling face all the time. Manga literally does everything that he is asked to do.

Like every periodic movie, this movie also has a king. Monica Gill is playing a role of a princess in this movie who is roaming around as though she is a British Princess and not an Indian princess, like, in hats and gowns, you get the picture. She is an Oxford Return. Looks like the director has not given importance to tiny things like Monica Gill speaking in an American accent and not a British Accent. Coming back to the King, the king and the British officer joins hands and asks this poor innocent guy Manga to convince the villagers to give away their land to them. Guess the reason why? Because they want to set up an alcohol store there.

Will Manga be able to support the villagers and win their hearts back along with his girlfriend? Or will he lose his self-respect by supporting the King and the officer? Watch Firangi to find out.

Firangi is acted and produced by Kapil Sharma. You can clearly say that this movie was specially written for Kapil Sharma. I would strongly say that a person, who is become famous worldwide because of his comedy charisma, needs a huge heart to try his hands on something that is not his forte. The movie has very little of comedy and a few comebacks.

The music of the movie is average. Sahiba is a beautiful melancholic track that soothes your heart. Having said that, the songs are going to be remembered only till the movie will be remembered and then both will be forgotten as it is pretty average.

Despite having good supporting actors, they fail to lift the movie from the monotonous stage. There was nothing different about the village love that was shown between the two. There were a lot of glimpses in the movie that were borrowed from movies that the audience has already seen. The movie is stretched like a bubble gum. You sure need a lot of motivation to sit in your seats while watching this movie. I’m sure the food counter will make a lot of profits as the audience would need a lot of coffee to stay awake to watch this movie, unless you have insomnia.