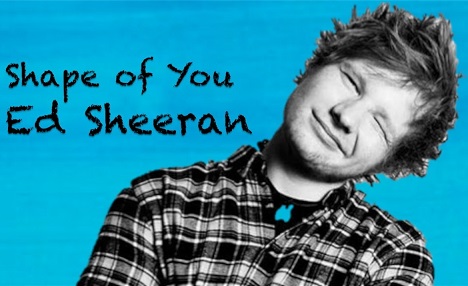 Best ‘Shape of you dance videos

If you haven’t heard of Ed Sheeran’s ‘Shape of you’ yet, then you have probably been living on another planet. British singer- songwriter Ed Sheeran has never failed to give us top notch hits ever since he step foot into the musical world in 2012. After giving us songs like ‘A team’ , ‘small bump’, ‘Thinking out loud’ , Ed Sheeran released his single ‘ Shape of you’ in January, 2017. It was definitely different than his other songs and while we loved the song a lot, ‘let’s dance to this’ was not exactly a thought that crossed our minds- until we watched these videos. It created a huge buzz all over the world. Choreographers and dancers started posting dance videos featuring the song.

We listed down some of the best ‘Shape of you’ videos on youtube that were trending for the longest time.

Choreographer, Kyle Hanagami shared a video to Youtube showing a group of dancers performing an upbeat routine to the song and  it might change the way you listen to it from now on.
These dancers made the steps look so easy effortless and won millions of hearts. The viewers rated this the best ‘Shape of you’ video with over 122,051,869 views.

Lia Kim featured in 1 Million Dance Studio’s ‘Shape of you’ video with her fellow dancers. The video featured a group of dancers who grooved to Lim’s choreography to Shape of you. It was among the top dance videos of Shape of you with about 30,451,333 views

Andre Dowton, along side ‘The Dance Company’ presented one of the best dance choreography to Ed Sheeran’s Shape of you with over 1995 K views and hundreds of positive comments. This beautiful choreography stood 3rd on our list.

Urban Poetry Dance, Presenting Anne Murray’s choreography to Shape of you was another dance inspirational video. We bet you cant watch it just one time. With a set of talented dancer, these guys completely rocked the dance floor. They clearly have a huge fan following with over 943K views.

While people all over the world were going crazy with dance videos and choreography to ‘Shape of you’ , India wasn’t far behind either. The following videos will show you why Indians never let the world forget them. India is known for its rich heritage and culture and we definitely were not going to miss a chance to showcase that to the world, and that is exactly what these videos portray. So here are some of the best Indian version choreography to ‘Shape of you’

Well, you must already be familiar with these two names. Shakti Mohan, winner of Dance India Dance is a well known dancer in Bollywood alongside her sister Mukti Mohan. Their collaboration to ‘Shape of you’ is rather a traditional one along with a pinch of swag. A Fusion of Bharathnatyam and contemporary presented by these two ,definitely worth the praise.

These two dancers are bound to blow your minds. With a twist of Indian Classical mix to Shape of you, their choreography was nothing but fantastic. Adding a pinch of Bharathnatyam and a lot more grace, they definitely stole our hearts.

Kumar Sharma is a well known Kathak dancer and teacher. Kumar, along with his fabulous team presented us with a brilliant kathak mix to ‘shape of you’. This is definitely one of the most creative dance numbers to ‘Shape of you’ so Kudos to the team.

Let us know if you liked these videos or know more ‘Shape of you’ videos that deserved a mention.