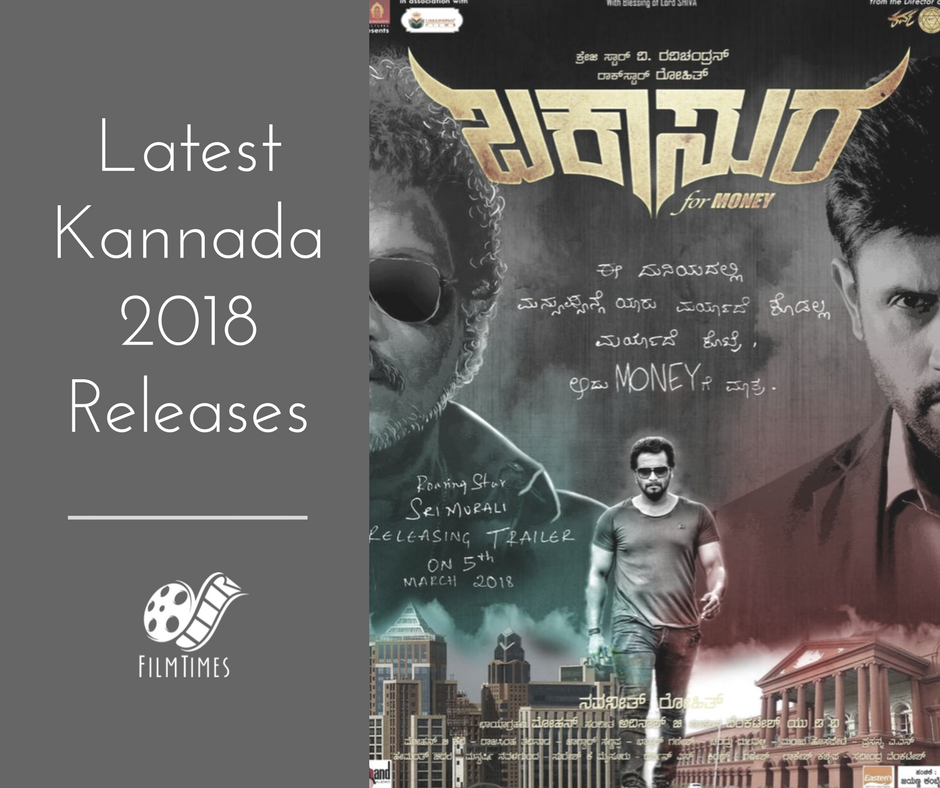 Lead role played by Sai Kumar, Pradeep Raj, Ragini Dwivedi, and Sudeep playing a cameo brings about great performances. The storyline is set-up in a rural background where a hearing and speech impaired couple, struggle their way through life. It is a good plot involving a lot of human emotions. It also brings up the complex
issues relating to Naxalism, Forest Mafia, and Green warriors. This movie is not for the regular commercial-masala watching crowd. If you are looking for something different, then go ahead and give it a shot.

From the death of a moneylender to the lead character’s troubles, who is going to meet his hundredth marriage alliance, this movie is a comedy of errors. There were a lot of expectations from this work since it is titled in resemblance to the classic from the 70s, however, this one is utterly different from the old one. There are some good
moments of comic performances, however for the audience to keep up with the movie for the entire two hours might be challenging. It’s not a highly recommended one, however if you have a taste for comedy you can watch it once.

The story revolves around a hamlet, where a bank has decided to set up an ATM. People are worried about the ATM installation, along with other petty issues already going on in the village. With a lot of colloquial dialogues and fun around the misadventures which follow in the movie, it fails to meet the expectations of a dark comedy which it did set up during its promotion. This movie makes it difficult to hold the audience together since there is a lot of gap between the spurs of entertainment. It would be solely a personal choice if someone wants to give it a try.

This movie has definitely something for the audience. RJ Rohit playing the lead and Stylish V. Ravichandran in a strong role makes the difference. The plot is about a lawyer who is ready to go to all levels to make money. So, in his career, an opportunity unfolds and how it goes about with all its twists and turns is presented well. The script has been kept pretty disciplined except a few comic attempts here and there, otherwise, it can keep the audience almost engaged. Although, one may think if it was worth his time? It could be watched once and it does not disappoint.

Great actors of the yesteryears have not lost their mettle yet. Devaraj and Thara are in all probabilities the best choice to play these roles. Political henchman and a husband to an innocent wife misuses her simplicity to gain political advantage and boost his career in politics. The timing of the release of this film is perfect, due to the elections
being around the corner in the State. The movie further goes about the strongman’s wife standing for the good cause and of course against her own husband. The experience of the director N.R Nanjunde Gowda clearly shows on the screen. Though the theme is non-commercial, it could be an appealing work for the audience with
sense.

Politico-commercial movie with Priya Mani in the lead, this movie revolves around twin brothers with completely different motives in life. This is a remake of the Tamil movie Kodi and it has the complete resemblance with the original film, however, has concluded differently. The lead male character in the Tamil was played by Dhanush and in the Kannada version, Newbie Ravi has tried well to duplicate the charisma of Dhanush, however, succeeded only partially. The movie highlights the shady side of the political world, with a mix of emotions, family, and love to make it a bit above
average work. It is an example of good filmmaking and could be given a thought to watch.