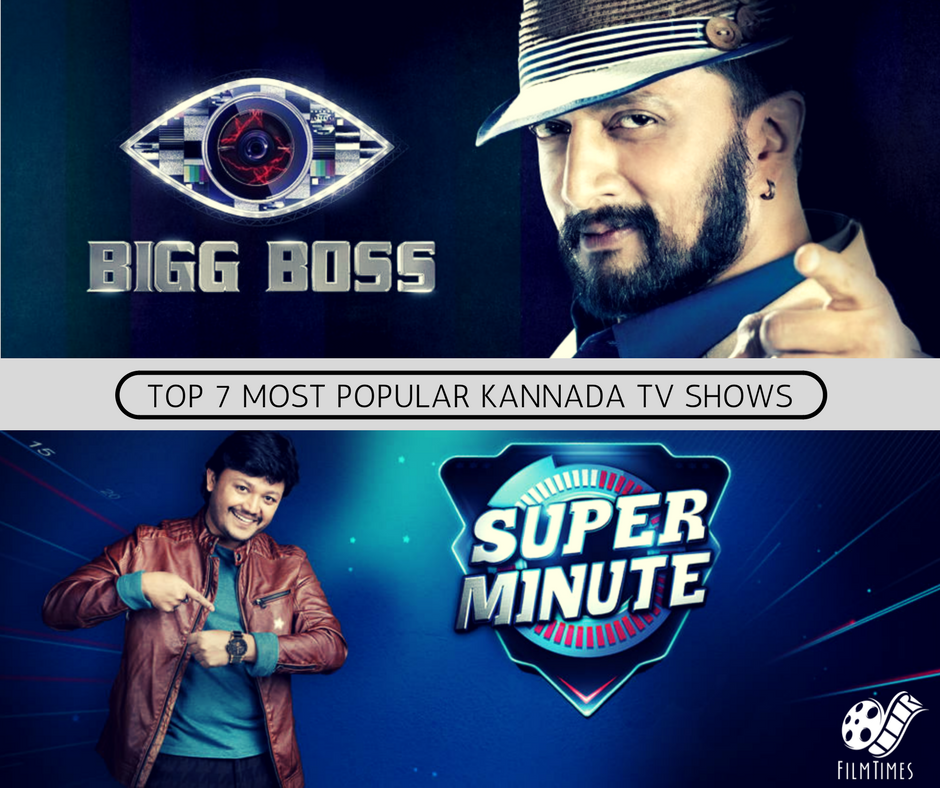 This show hosted by a well-known Kannada actor Ramesh Arvind has one of the highest viewership. This shows focuses on the real life of the ‘reel’ stars. It includes inviting both on and off-screen big-wigs of the Kannada industry and interviewing them, bringing into light their past struggle followed by their success stories. The popularity of this show echoes in the show’s completion of six seasons.

Hosted by Sudeep, popularly known as Kicha, a character he played in his super hit Sandalwood project, Bigg Boss Kannada has successfully completed three seasons. The format is similar to its counterparts in English, Hindi and other languages. A group of Sandalwood celebrities stay under one roof, for a period of approximately three months competing with each other to survive in the house from a weekly elimination.

A music competition show which is a remake of its Hindi counterpart is telecasted in Zee Kannada. The show gained popularity, as it gives a break to young singers at a very early stage of their lives. It has successfully completed eleven seasons, which is an indicator of its popularity.

This show is somewhat like the popular Hindi comedy show “The comedy nights with Kapil.” This show has received such popularity among Kannada viewers that it is hyped to be the most popular show of the channel.

Hosted by charismatic Sandalwood actor Ganesh, this show is based on the format of the popular show “Minute to win it”. It has completed three consecutive seasons and is one of the most popular shows of the channel.

Based on the format of the Hindi show “Kaun Banega Crorepati”, the Kannada version is hosted by “power star” of Sandalwood, Puneeth Rajkumar. What makes it attractive is the quiz which is based on the general knowledge of the state of Karnataka and its language and culture. It has successfully completed two seasons and is pretty popular among viewers.

With Kannada superstar Shivrajkumar in the panel of judges, the dance reality show telecasted by Udaya TV has successfully completed its first season. Due to high popularity and viewership, the production is already planning its second season. Looks like the wait won’t be very long.