The Rising Stars of Kollywood

We’ve compiled a list of upcoming actors in Tamil Cinema. Some of them are popular and have an impressive portfolio. Some of them are promising newcomers. A lot of us identify them by the characters they’ve played on screen. Let’s see what they are really called. These actors have the potential to become the next big star, in Kollywood. 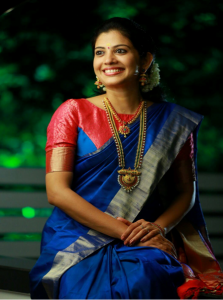 Sshivada was born in Trichy. She predominantly stars in Malayalam films. This 28-year old actress has starred in Zero, Adhey Kangal and Nedunchaalai. She rocked the screens as a cool female villain in the movie, Adhey Kangal. This engineering graduate worked as a television anchor before Malayalam director Fazil cast her as the female lead in the movie Living Together, in 2011. She has a number of Tamil movies lined up for release. She is married to Malayalam actor and businessman, Murali Krishnan. She’s one of the very few female leads who continues to work as a lead after getting married. C’mon, it’s not common in Kollywood. Sshivada chooses roles that are not passé. 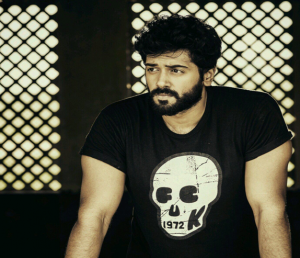 We’ve all seen this hunk in Mankatha, but how many of us know his name.  For those of you, who don’t know him, he is Ashwin Kakumanu. He has starred in many films including Biryani, Chennai 600028, Zero, Megha, and  Nadunisi Naigal. He has worked with several established directors including GVM. He has quite a number of short films to his credit. He’s a terrific actor. Sorry girls, he’s married. NO, he is not the “Vinmeen Vidhaiyil” guy. That is Ashok Selvan, another promising star. They look a lot similar. A lot of people have trouble telling them apart. Ashwin’s upcoming movies are Thiri, Tholaikatchi, and Idhu Vedhalam Sollum Kadhai. 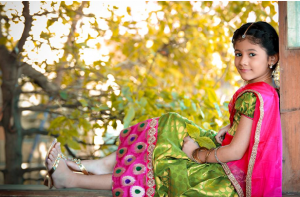 This 9-year-old cutie, already has  5 films to her credit. She has hosted shows on Chutti Tv and has also worked in several short films, and ad films. She also turned a dubbing artist for the dubbed version of Baby Geniuses. She pulled off the lead roles in the movies, Baby and Nisabdham. Her tear-jerking performance in Nisabdham is applaudable. She has featured in Trisha Illana Nayanthara and Veera Sivaji. 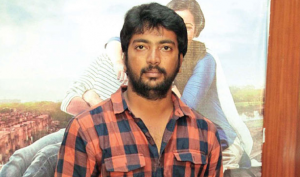 Kalaiarasan stole everybody’s heart in his debut movie Madras. A lot of people still call him Anbu, the name of the character he played in Madras. He was nominated for SIIMA and Filmfare awards for his role in this movie.  He graduated from  SRM University, and worked in Accenture, for a while. He was mentored by Myshkin while working in the movies Nalanda, and Mugamoodi. He played a few insignificant roles before making it big.

After the success of Madras, he played lead roles in Darling 2, and Adhey Kangal. His role as a visually impaired chef was well received and appreciated by the audience. He was cast in a pivotal role in Kabali. He is married to Shanmuga Priya. His upcoming movies are Uru, Kalavu, Patinambakkam, China, Yeidhavan, and Kalaikoothu. 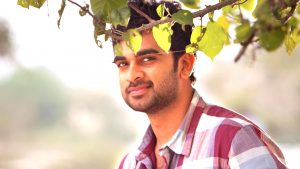 Ashok’s famous movies are Thegidi, Soodhu Kavvum and Pizza 2. He has a Visual Communications degree from Loyola. He worked as an assistant director in the Suriya-starrer 7 Am Arivu.  He auditioned for Pizza, but he was cast in Pizza 2. He was critically acclaimed for his performance in Thegidi, and Pizza 2.He had stated in various interviews that he would like to try out different genres. He has excelled in all the movies that he had done so far. The “Vinmeen Vidhaigal” song in Thegidi, catapulted him to fame.  He has 3 movies lined up for release- Sila Samayangalil, Kootathil Oruthan, Santa Maria. 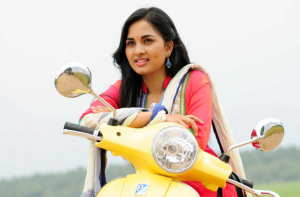 Srushti Dange appeared in a supporting role in Yuddham Sei, and Darling, before doing full-fledged lead roles. This 24-year-old from Mumbai, works in Tamil and Telugu movies. Her role in Dharma Durai fetched her lot of fans. She featured in Puriyadha Anandam Puthithaga Arambam, Vil Ambu, and Achamindri as the female protagonist. She also won the Edison Award for Best Actress in a Social Awareness Movie, for the movie Kathukutti.  She will be seen in Kalakoothu, Oru Nodiyil, and Saravanan Iruka Bayamen, this year. She has an endearing face that instantly connects her to the audience. 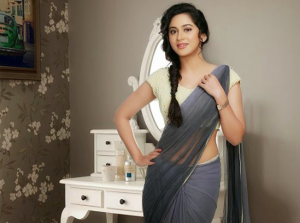 Mia George used to appear in Television shows before she got her big break in Malayalam movies. She also won the Miss Kerala fitness in 2012. She made her debut in Kollywood with Jeeva Shankar’s Amara Kaaviyam, along with Arya’s brother. Her Tamil movies Indru Netru Naalai, Rum, and Yaman were noticeable. She won us over as the college professor who is unable to marry Sasi Kumar, in the movie Vetrivel. She acts in Telugu, Tamil and Malayalam movies. Originally called Gimi George, this 24-year-old actress also does modeling assignments. She is here to stay.