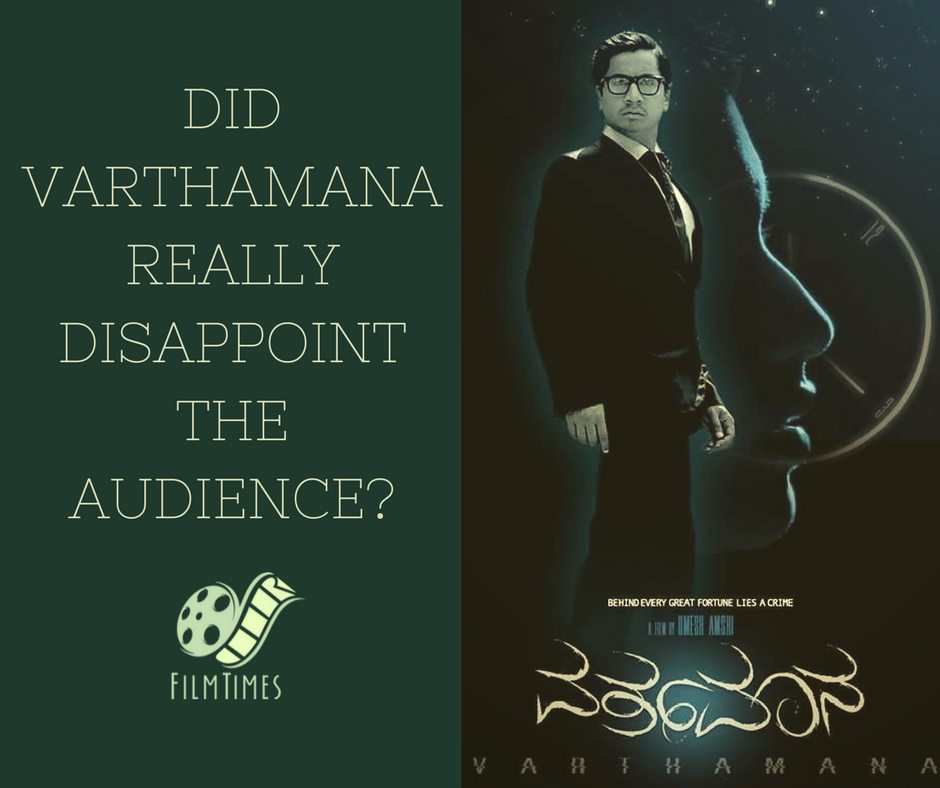 Did Varthamana really disappoint the audience?

Now here is this young man who wants to pursue all his dreams and is ready to do anything to achieve his dreams. Amidst of his pursuing, he is consistently disturbed by severe nightmares. The question is whether these things that he sees are real or is his mental status and is his existence questionable? The connection between these mental statuses is what probably is going to unfold in this work.

The Director Umesh Amshi has come up with a project, which shows the flip-side of the Kannada film-making, the lack of promotion and under-utilization of the digital medium to promote path-breaking cinema. This movie is completely an experimental work in the
Sandalwood movie world and there is so much happening that one could be left mystified. Hopefully, such works would find some great digital exposure in the coming years.

The film is definitely very different from the regular works that come out of the Kannada industry. It would not be fair to reveal more about the story since it would take away all the surprises it has for the audience in store. The cinematography of the movie
adds to the contemporary plot which slowly unfolds in a most non-traditional way. The background score adds to the weirdness of the way the scenes are shot.

Whether it is to be recommended to be watched or not? Is a big question. For the crowd who are used to watching traditional movies based on megalomaniac characters, it would probably be a no-no. However, if people want to experience something different which
confuses them first and slowly unfolds the whole mystery, it would probably be a treat. The storytelling is something which would test the patience of the audience. Time to experience something outside normal.

Rajinikanth, Akshay Kumar and Shankar’s ‘2.0’ Is All Set To Release In November

Check the date on your calendar, Shankar’s upcoming movie that stars Rajinikanth, Akshay Kumar, and Amy Jackson, titled, ‘Robo’ sequel, ‘2.0’ at last has a releasing date!   The creators of the movie issued the...

Best Of The Worst Tamil Movies Of 2018 So Far

2018 is halfway through and the year has already seen the best of Kollywood. The year had many movies that were very much anticipated. From Naachiyaar by Jyothika, Nadigar Thilagam by Keerthi Suresh and of course Kaala...

Anurag Kashyap To Produce Tamil Movie Based On Jallikattu Movement

Chennai-based director Santhosh has come up with a movie named Jallikattu 5-23 January 2017, which he has captured while the original Marina Jallikattu turmoil. The team revealed the movie’s first glance on June...

The 8 Best TV Shows You Finally Have Time to Watch

Stir Crazy? 9 Best Films Remind Us That We’re Not Alone