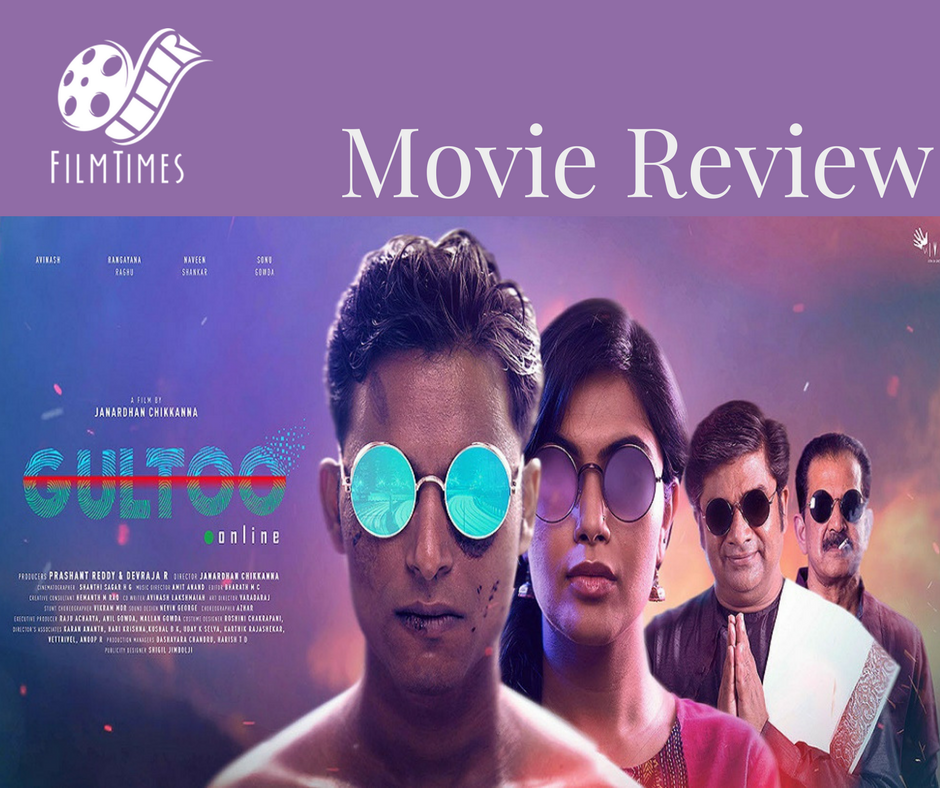 Gultoo, Sandalwood’s new age Crime Mystery revolves around 2 struggling Entrepreneurs with a Vision to achieve and make a mark in the start-up world, who are then caught up in a lot of investigative trials of Digital theft and Crime.

Gultoo is a movie made for the digital era. It talks about digital thefts and crimes in the present world showcasing the dark side of the internet world. Director Janardhan Chikkanna has given us a very impressive movie with so much of freshness in its content. People will now surely watch out for more of his movies. The lead Actors Naveen and Sonu have showcased their fine acting skills in the movie. The other supporting actors which include Rangayana Raghu, Pawan Kumar and Avinash have done a really good job with their performance.

The movie which emphasizes on the present world crisis such as Aadhar and Data Theft that has been an ongoing concern for a while now has made it even more apt to watch for the current generation.

Talking about the story of the movie, there is Alok (Naveen Shankar) who is a well-versed Engineer with a vision to build his own start-up but ends up teaching in a computer institute instead. He then meets his ladylove Pooja (Sonu Gowda). The first half of the movie is all about long romance between the lead stars and gets a little too boring and predictable.

The mystery plot only begins in the second half of the movie and there is way little time to unfold the crime chase. The film builds up like any other traditional thriller movies where the suspense keeps building up leading to more and more mysteries to be solved and the ending might get a little disappointing.The music of the film is something to look for as it gives an unusual feel to the movie.

On a whole, Gultoo brings in freshness to the world of Kannada Cinema amidst all the cliched mass movies. It is a must watch for its unique storyline and gain awareness on the dark side of the digital world.