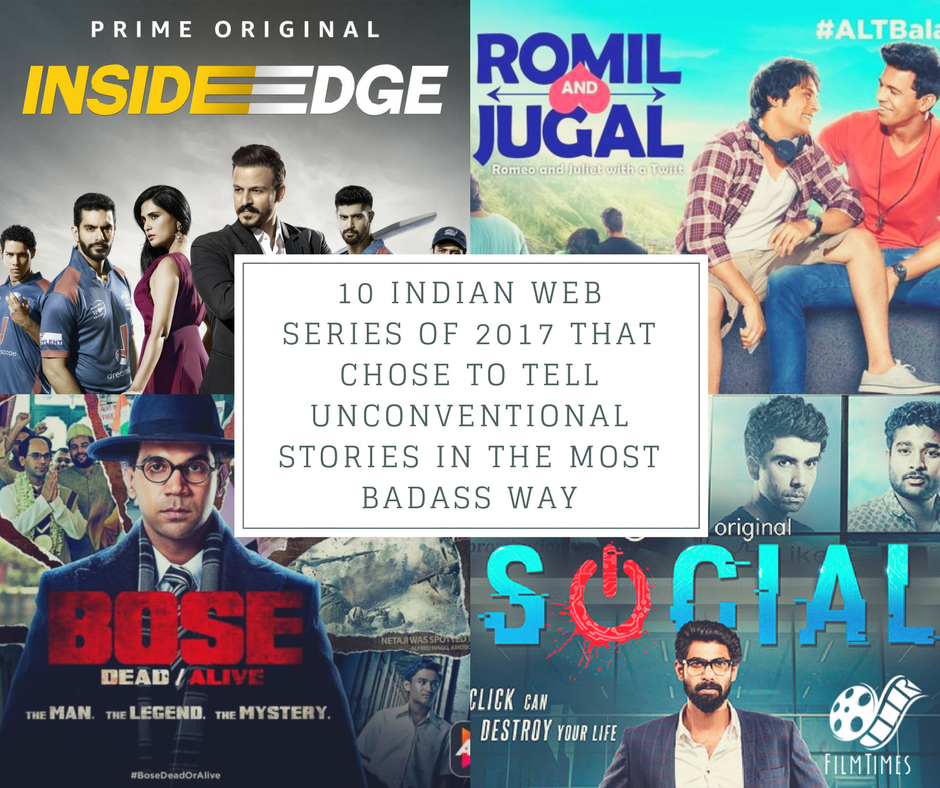 This series on ‘Netaji’ by ALT Balaji is one of the most talked about shows. Rajkumar Rao, one of the most under-rated actors of Bollywood, who is playing the lead is one of the prime
reasons for that. This series presents the whole adventurous journey of Subhash Chandra Bose to the audience. Right from the underdog teenager to becoming a national leader of an international fame is covered in this work. Pre-independence conspiracies are something to look out for and that must be surprising for many Indians as they know a little or none about this great hero.

This is a spine-tingling tale of a small-town boy whose parents are desperate for him to join the elite-professional- degree institution. It talks about the struggle that a middle-class teenager goes through while trying to satiate the social needs of an ever-demanding structure. This series created by Biswa Kalyan Rath, available on Amazon Prime video brings up an important social issue, which has been highlighted earlier in Bollywood blockbusters like “3 idiots” and “Taare Zameen Par.”

With the story of Vikrant Massey and his amazing talents, this web series goes on to discover how life could unfold its mysteries. The character Shrey goes on a soul-searching journey with a much elderly pillion, which helps him break free of a prototypical regular thought process of an average individual.

The perfect love story of Rahul and Radha, who are leading a life of perfectness. Playing on Viacom 18’s Voot, the lead roles played by Tahir Raj Bhasin and Sarah Jane Dias. The male lead Rahul soon grows out of his perfect looking life to realize that this is not what he wanted out of his life and should have a different purpose of living. This is a perfect recipe for modern-day couples to relate to, especially the ones living in the metropolitans.

With established actors like Brijendra Kala and Lubna Saleem, it makes the season-2 a must-watch. This a Timeliner’s web show which you don’t want to miss and it promises to stay with you for a long time.

What better can you ask for, if you have Rana Dagubatti in the cast of a Social medial thriller? This directorial by Sashi Sudigala, is a story of a missing girl and four other characters, one of them her brother played by Naveen Kastura.

The contemporary story of a Gay couple trying to survive in a society which disapproves of same-sex relationships. As the name suggests, ALT Balaji has tried a new hand on Romeo and Juliet.

Now, this is something that has never happened on ‘Desi’ screens. Sumeet Vyas along with a celebrity guest tries difficult excursions through three merciless terrains. The only help at hand is their smartphones and their huge number of followers on social media. Never heard of such a thing before. Sounds like an Indian version of “Into the Wild”, of course with a twist.

Now here is something which every Indian would relate to. A fictional twenty-twenty cricket series, something very similar to what plays every summer in our living rooms. Wait! There is more to it. This time we are going inside the hotel rooms, team briefings, drugs, fixing and power struggle among the team owners. A must-must watch!

A family comedy show, where a son-in-law comes down to stay with in-laws for a short period of time and what unfolds with all the awkwardness in this period is hilarious. One of the most talked about series of Dice media is very relatable and positively humorous.