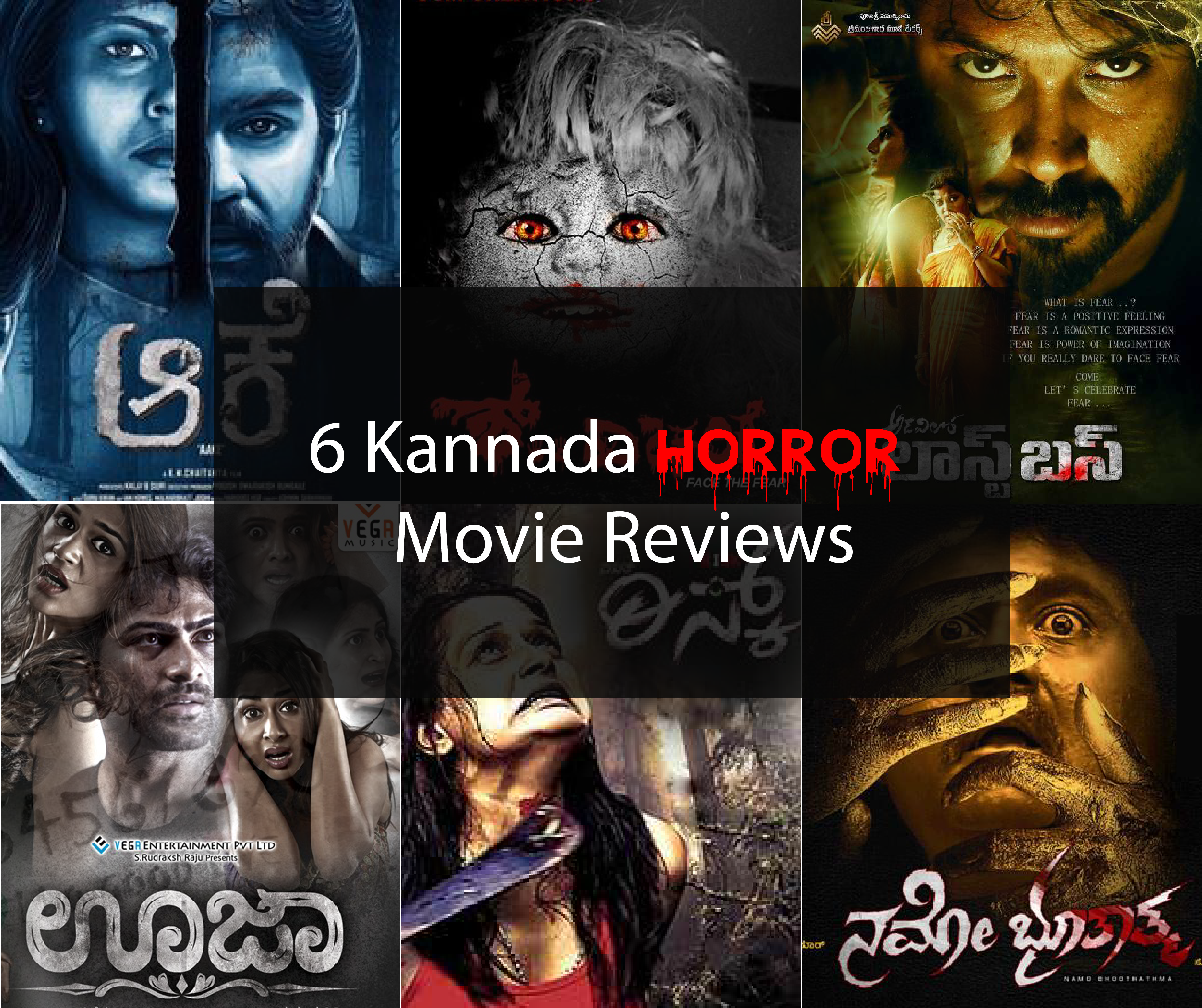 With Chiranjeevi Sarja and Sharmila Mandre playing the lead roles, this movie is directed by K.M Chaitanya. This is definitely an above average movie and is recommendable to be watched once at the least. There are a lot of relatable sequences in the movie and to some
extent, the storyline is contemporary too.

Kannada horror/thriller movie. This movie has an above average rating and is directed by M.G Raj. Interesting fact about the movie is that six friends get drawn into a forest by a spirit which is seeking revenge. Would the spirit be successful in its motives? Or would these guys be able to escape?

Story set up in the interiors of the Malnad, this thriller is about a group of people who board the last bus, and what mystery unfolds during their journey. This film is all about human mind and its imaginations.

This paranormal thriller is produced by Vega Entertainment and directed by Raaj Kumar Reddy. The cast includes Shraddha Das and Gayathri Iyer playing the lead roles. The ratings provided to this work are low and with weak direction and lack of acting skills in the cast, this movie is supposed to bomb at the box office.

Directed by Nagaraj Kandagal the storyline is very predictable and doesn’t bring any surprises to the audience. There is nothing different about it. Instead of the audience sitting at the edge of their seats in fear, this one would make them struggle to sit through the length of the movie. The movie clearly displays the work of inexperienced and debutant makers.

Lead roles played by popular comedy actor Komal Kumar and female lead played by Ishwariya Menon, this comedy-horror flick turns out to be a disaster. Inexperienced choreographer-turned director Murali didn’t fire at all. Weak plot, with damsels fighting over a man who newly acquired wealth and the location set-up in a remote place, where people die one by one post mid-night, is something a toddler can also come up with.