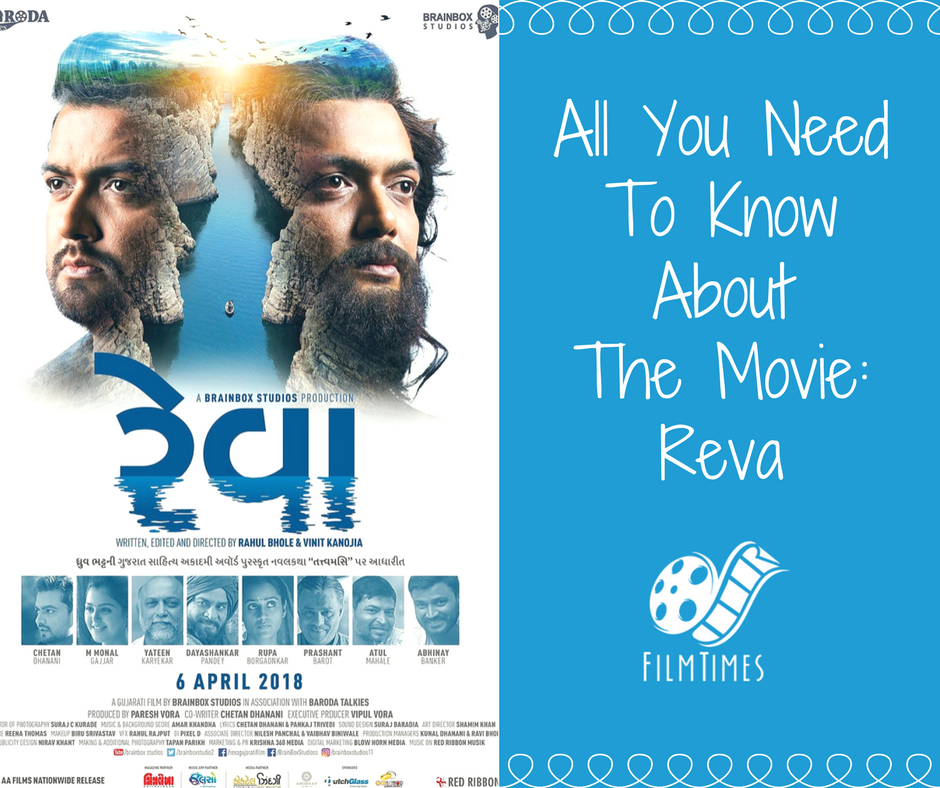 All you need to know about the Movie : Reva

It is difficult that if you have been in town and have missed the buzz around the Gujarati movie Reva. This movie lives up to the expectation and is a pleasure to watch. The audience who like meaningful movies and like cinema which keeps up with its contemporary times, Reva is a must watch. Post the recent Gujarati hit Chal Mann Jeetva Jaiye, this movie is also trying to do something different, unlike other D-town movies. The quest of the filmmaker to do something outside average or regular is clearly visible in terms of investment. It also comes as a surprise in terms of the fact that these were the same guys who created the hilarious comedy, Chor Bani Thangaat Kare. Based on Dhruv Bhatt’s book “Tatvamasi”, the movie
Reva has been directed by the team of Rahul Bhole and Vinit Kanojia and we must say that they have done a good job.

Synopsis
This is a story of a 25-year-old NRI, who was brought up in America. He visits his native village, which is located on the banks of river Narmada, in order to claim a ‘property will’ written to his name. In the process, he ends up spending time with the locals and understands their life and its difficulties. He also gives up the ‘Will’ post he gets to know the truth about his existence and starts Narmada Parikrama.

Amar Khandha, the music director has done a great job too. All the tracks like the title track “Reva”, rendition track “Namami Devi Narmade”, and “Sangeet Jalso” are just unbelievable. The tracks of this movie are a pleasurable experience to listen to. The cinematography done by Suraj Kurade is another strong pillar of this project and leaves you awestruck by the beauty of Narmada at different locations. The dialogues also are in sync with the other
departments and have been written well.

With a great team working behind the screen, the debutant Chetan Dhanani has also done justice to his role. To choose an off-beat movie at the beginning of his career was itself a challenge well taken up. He has definitely given a power packed performance, however, some of his English dialogues have a thick influence of Gujarati accent, which can be ignored.

Supriya, a social worker who is an educated girl and dedicated to improving the quality of life in rural India, is played by Monal. She is a perfect Indian beauty suited for such kind of a role. Abhinay Banker and Atul Mahale, with their coordinating clothing and playing engineers Bittu-Banga, are lovable characters in the movie. Daya Shankar Pandey and Yatin Karyekar have also performed their parts gracefully.

The only drawback with the movie is its playing length. At two hours and thirty-nine minutes, it seems too long for the audience who are nowadays used to watching movies below two hours. The novel, though well adapted but does not completely transition to the screen. However, the movie is an indicator of evolving Gujarati film industry.

THE 2nd STORY The daughter of America’s Supreme Court judge is about to be abducted, but her boyfriend’s father – an ex-Army man comes to their rescue. Will he be able to thwart the abduction and save lives? THE...

The story of Ayyappanumkoshiyum revolves around a retired havildar named Koshy and Ayyappan Nair, who is the SI of attappadi police station. Koshy gets into trouble with Ayyappan Nair, and before going to jail, Koshy...

THE WITCHES MOVIE STORY The story is based on Roald Dahl’s 1983 novel by the same name, ‘The Witches’. It is about an orphaned boy who has an encounter with the Grand High Witch that turns into a dramatic tale of...

The Outpost Movie Review : A Must Watch Movie Crafted with Precision, Expertise and Experience

The War With Grandpa Movie Review: A Light and Fluffy Family Film to Watch

The New Mutants Movie Review : Nothing super about this teenage superhero saga

Only 11 TV shows received a perfect score on Rotten Tomatoes this year (so far). See them all Here