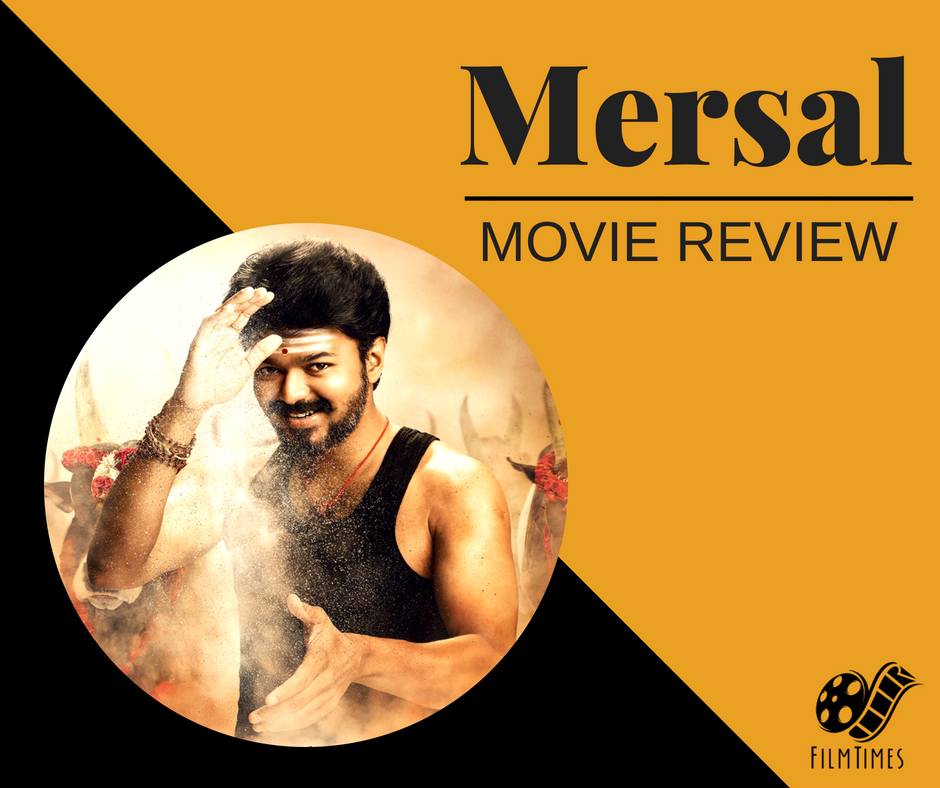 Some medical practitioners have been kidnapped and few murdered. One suspect has been arrested, who is a doctor himself. The movie goes about answering the unresolved mystery behind these incidents.

This movie could be depicted as one of the biggest mass movies of the year. It has everything you can expect from a “Vijay” movie. Punchlines, relatable emotions, flamboyant visuals, and catchy music. is readily available.

So it has an interesting start where a few doctors have been kidnapped and the suspect is arrested by the champion cop, played by Sathyaraj.

The suspect is known as Maaran played by Vijay, however, the cop realizes that this guy is a look-alike of the original doctor Vetri, of course, played by Vijay too.

The influence of a lot of senior names could be seen throughout the movie. Young director Atlee has used some inspiration from his mentor Shankar’s works. The formula of double roles has been a trend, since MGR’s times and also in the likes of Rajinikanth and Kamal Haasan in the past. Atlee has brought in Rajamouli’s writer Vijayendra Prasad for this project. This is visible through the movie as there is some Baahubali type of moments in some scenes, like the character Thalapathy single-handedly bringing down a giant wheel.

It is similar to other mass movies with respect to its running time too. It is comparatively a longer movie. Atlee has provided a slight romantic tint to the lives of both the look-alike characters and some lighter moments. For this task, he has got in Samantha and Kajal Aggarwal. The flashback romance between Thalapathy and Nitya Menen is given more weight-age in the film. The movie has two flashbacks one before the intermission on post it. The character of Vijay is a bit lower on enthusiasm when it comes to how it is depicted by the director, although Vijay has done justice to the role. Some comparison with the high voltage character of SJ Surya in Spyder is also underway.

Other than minor dissatisfactions the overall look and feel of the movie are as expected. Vijay not only charmed the audience again with his expertise in dance and action but while playing the role of Thalapathy, pulled off certain scenes with his acting skills too.