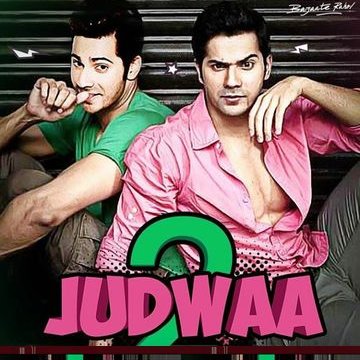 Judwaa 2 – Leave Logic Behind And Enjoy this Reboot

Judwaa 2 Plot: The Malhotra’s give birth to twins and they have the same reflexes when in a close proximity or in the same area. The conjoined twins are separated as soon as they are born and one is kidnapped by the Villian Charles. He leaves the baby on the railway track and is spotted by a woman in Mumbai’s Fisherman Colony and names him Raja. On the contrary the other twin, Prem is brought up in London with all the luxury. How do Raja and Prem meet? How do the parents reunite with their children? How do they find their love of the life? How do they fight the villains? The movie unfolds the story in every scene with utmost humour.

Judwaa 2 Review: Judwaa 2 is the reboot of Judwaa that had released in 1997 starring Salman Khan. Varun Dhawan was the perfect choice for the film. He played Prem will total finesse and looked geek and weak as his role demanded. Raja gets in a fight with Charles’s son and breaks a coconut on his head and thus he faces memory loss. Thus, Raja and his brother who stammers while talking move from Mumbai to London. Raja meets Jacqueline on the flight and their love story begins from there. Being in the same area, the reflexes of Raja and Prem starts and the humour begins. Prem romances with his college mate, Tapasee. Raja ends up in the entire situation where Prem has to fight (co-incidentally) and wins Tapasee’s heart. Anupam Kher plays his role well.

Humour was better in the original Judwaa as the comedy that is made here could be offensive to woman. Tapasee mother forces her daughter to have a love affair with the rich Prem but the kiss between her mother and Prem was totally not required. Both the actresses have done full justice to their roles but their roles were limited to looking pretty and kissing the actor for the comedy scenes. The movie brings in humour, entertainment, emotions and much more.