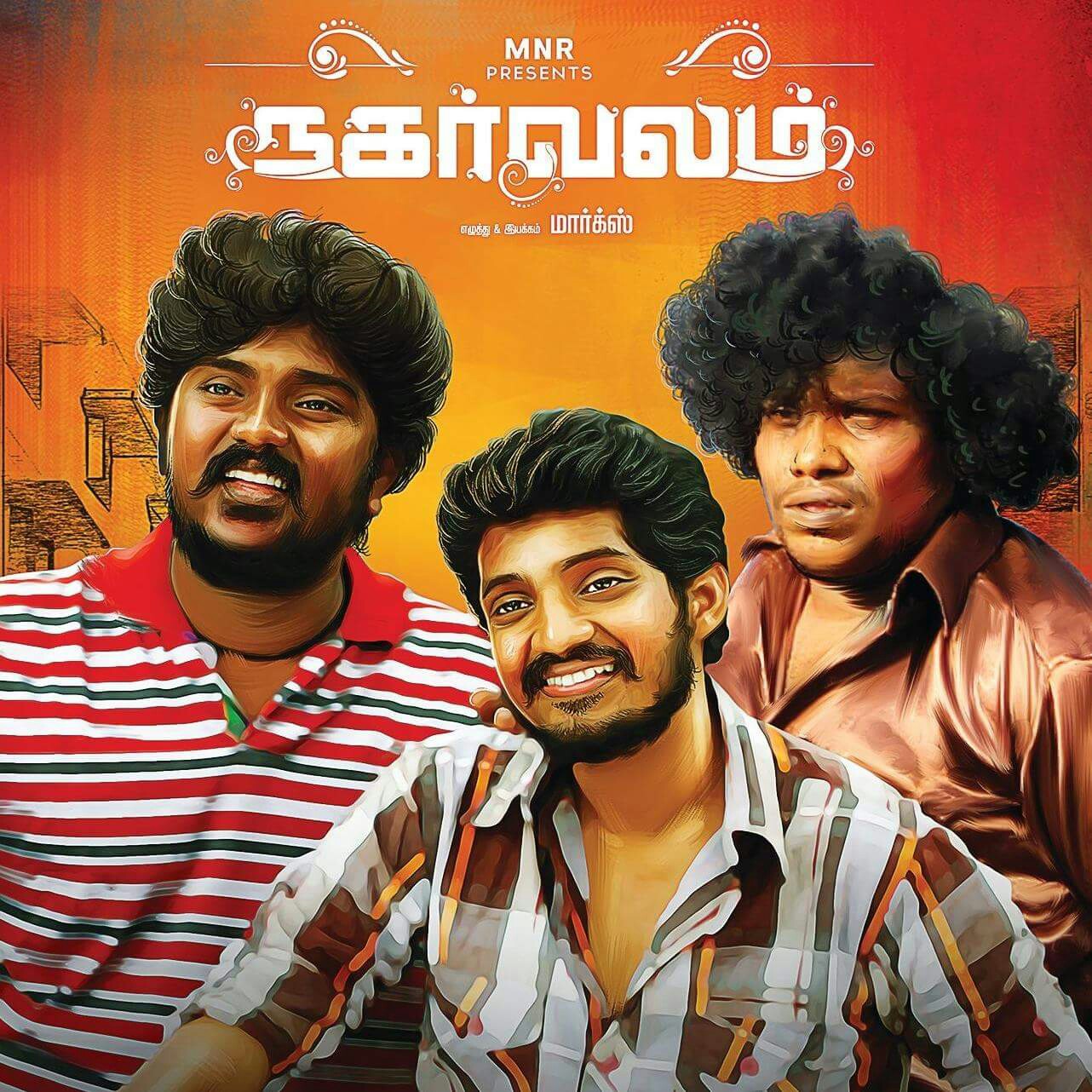 Summary: A tanker lorry driver falls in love with the sister of a gangster who has political connections.

Nagarvalam released on the 21st of April, 2017. It was a fairly low profile release. Yuthan Balaji is back on silver screen after a long hiatus. It is a low budget movie shot in Chennai.

The story is set in a housing board area. The protagonist ( Yuthan Balaji) is a tanker lorry driver who delivers water to the nearby areas.  Kumar has two friends, a dealer, and a lorry driver. The roles are essayed by Bala Saravanan and Yogi Babu respectively. Janani is a girl who resides in the same area. She is just out of school and is waiting to join college. The lead Kumar falls for her. Janani’s brother is Karna. Karna is a gangster who works for his uncle Ravichandran. Ravichandran is a contractor. He has a few work-related enemies. Karna has a number of rowdies under him. Janani and Kumar exchange glances and talk about Ilayaraja songs, and make up excuses to flirt with each other, Somehow Janani is at every place that Kumar goes. He learns about her brother and gets scared, but Janani does not give up on their love. She holds the relationship. Her brother initially opposes the relationship but agrees later. However, their uncle is completely against the relationship. What happens next forms the rest of the story. The climax is unexpected.

This is Yuthan Balaji’s second movie. He has done a decent job, though the lip sync seems to be out of place in a few scenes. Yuthan is just 2 movies old but he is not new to acting. He was part of the famous Kanaa Kaanum Kaalangal series season 1(KKK1), which was aired in 2006 on Vijay TV. A lot of people still address him as Joe, the name of the character he played in KKK1. Deekshita Manikkam is adequate. She fits the role of a girl next door.  Yogi Babu and Bala Saravanan are popular upcoming comedians. Their comic chemistry is good. A majority of the comedy scenes evoke laughter. Actor Pasupathy appears in a dance number.

The director has done a good job with a new team of technicians. Most of the actors are also relatively new. The screenplay is not bad, but the story is a very old one. It feels like the movie was strongly inspired from the movie “Kadhal”. It takes long to realize that Nagarvalam is a love story.

There are no complaints in the music department. Pawan Karthick has created good music. The cinematography is adequate, if not great. The movie is shot in a few dark alleys, and a good number of scenes are night scenes. The lighting is good. The editing is satisfactory. The team has given great attention to detail in most of the scenes.

The first half is lazy but there are many funny moments that will help you sail through. The second half picks up pace. The movie is a regular love story, though the climax is unexpected. There is no strong reason or logic behind the ending of the story. The cast has given a good performance. Yuthan does not look very convincing as a lorry driver, but he plays his part well. The movie reminds us of a few other movies, especially Kadhal, though it fails to recreate the magic of Kadhal. Nagarvalam can be watched once.