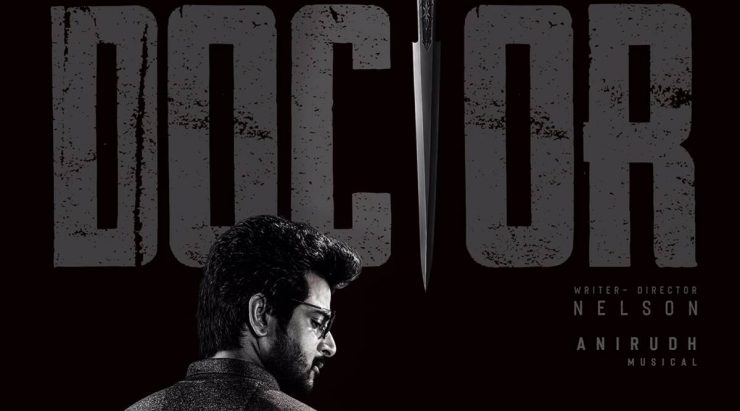 Initially, the makers of the film announced that the film would be released on 26 March 2021, but due to Tamilnadu 2021 Legislative Assembly Election, it is scheduled for theatrical hit on 12 May 2021 during Ramzaan occasion.

Nelson and Sivakarthikeyan have teamed up for the first time.

Nelson is well known for his 2018 movie Kolamaavu kokila produced by Lyca productions and became a commercial success.

He was listed among the Promising directors of 2018. Nelson revealed that he and Siva go back a long way. They’ve known each other for close to 14 years. They’ve always wanted to work together. The script began as a small idea, and Nelson soon developed it.

The casts starring Doctor are Sivakarthikeyan, Priyanka Mohan(she is an Indian model and actress, who has worked in various Tamil films, Kannada films, and Telegu film industry. she was on screen through a Kannada movie), Yogi Babu (who is an Indian film actor and comedian- And he was a three-time Ananta vikaten award winner-and worked in various films and will continue) and Vinay (about Vinay, he is an Indian film actor commonly appeared in Tamil films and Vinay originally was ramp model in Bangalore and was an Indian squad, which toured Bahrain 2021).

Sivakarthikeyan leads the main role is from the home industry and Priyanka Mohan from the Telugu industry. She made her debut with the “Gangleader” Telugu movie, pairing with Nani. Now Priyanka Mohan is marking her debut in Tamil cinema. Expected to be playing the lead role opposite Sivakarthikeyan in Don’s film too. And Vinay plays an antagonist role in this film. He was playing a negative role in Mysskin’s “thupparivalan”. It is declared that Yogi Babu’s scenes with Sivakarthikeyan are amusing.

The film’s editing works were revived during the process, and on 17th September, the producers started their dubbing of the film, with a ritual ceremony, and during the process, the dubbing for the film was done by Archana chandhokke. The hero sivakarthikeyan completed his dubbing for the film on 1 February 2021, where the post-productions were completed.

The film’s first look was released on Sivakarthikeyan’s 35th birthday, And the poster was mainly released to mark his birthday, which garnered a great response from his fans. Because of which the film created an authentic vibe on the fans of Sivakarthikeyan.

Doctor movie is a dark comedy film like Money by Gopal Varma. One half of the film will take place in Chennai and the other half in Goa. The makers of Doctor movie had not released any information yet about Sivakarthikeyan’s role in Doctor. But is sure that Sivakarthikeyan plays a mixed role of violence, comedy, and lots of morality. He knocked off many kilos, too, for this film.

The story of the Doctor movie is expected to be around the doctor concept. The plot is based upon a kidney transplant racket, which seems to be a thriller movie. Sivakarthikeyan would sport a good role in this film, as many of his films have a huge response because of his hard work and smart work. Many of his films are a hundred percent entertaining film. Doctor movie is expected to be in one of them.

Anirudh Ravichander composes the film’s music, and cinematography and editing are performed by Vijay Karthik Kannan and R. Nirmal.

About Music in the Doctor movie

The Doctor movie’s first music, “Chellamma”, Was composed by Sivakarthikeyan during a lockdown and released on 24 July 2020. It had become viral, crossing 50 views as of Oct 2020. The second song, “Nenjame”, was released on 28 August 2020. Composed by Mohan Rajan and reported that the song would be featured as a montage on screen. The third song, “So baby,” had released as a classical-western fusion song on 25 February 2021. This song also getting trend at number one on youtube and has nearly five million views since it is released. This song marks the debut performance of singer Ananthakrishnan.

Post-Production Activities of the Doctor movie

The set-in motion of the DOCTOR movie was on 6th December 2019, and the film was started with a ritual ceremony in Chennai. And they started their first bit of shooting on the day of the ceremony. The schedule of the film was set on 6th January 2020, and then they go with the second schedule of the film. Sivakarthikeyan and nelson visited Goa on 12th February 2020to spy the location for the shooting. The producers outed that 50% of the film is set to shoot in Chennai, and the other 50% will shoot in goa.

As reported, the second schedule was started in goa on 14th February 2020 and was continued for about 14 days; attention is that before the shoot’s due date, all the film shoots canned because of the covid-19 pandemic in India with the nationwide lockdown. If the pandemic didn’t arrive, 80% of the film shoot has been completed as of 20th May 2020. After the relief got from the pandemic, the producers resumed their shoot with the compact persons by supporting the government’s rules and regulations.

For examining the film crews, a special team was organized to observe the film crew, whether they crossed their don’ts given in the rule document. The film was expected to complete the final portions of the shoot as of 20th November. Before the second wave of covid-19 pandemic come into play, the producers completed the final film shoot on 3rd January 2021.

Sivakarthikeyan has several projects in his kitty. Sk fans are eagerly waiting for upcoming movies. Sivakarthikeyan had recently announced that he would be teaming up with Lyca production for the upcoming film “Don”, directed by Cibi Chakaravarthi. Sivakarthikeyan plays a student role. The shooting of the Doctor movie is expected to start in February in Coimbatore.

Also teamed up with Indru Netru Naalai fame director Ravi Kumar for his upcoming, titled “Ayalaan”. Sivakarthikeyan is expected to play a triple role in Ayalaan. It is the first time in his career to play a triple role. The story is based on science fiction drama. Meanwhile, the actor also awaits the upcoming release of the third production Vaazhl, directed by Arun Prabhu. 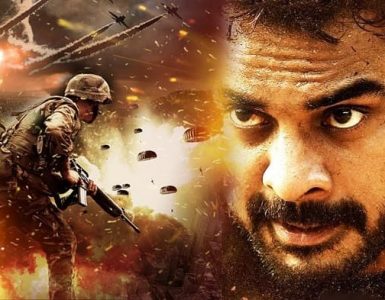 Tamil movie industry, also known as Kollywood, surely has a great influence all over the nation. With their great storyline and charismatic actors, it’s no wonder that they have such huge attention. The huge... 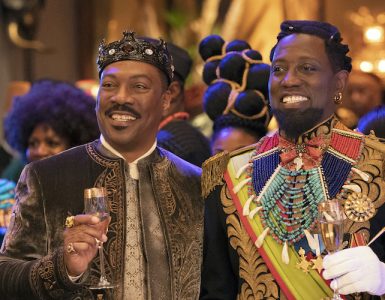