“Coming 2 America” is the sequel of the 1988 movie “Coming to America”. Even after more than 30 years, Eddie Murphy’s charm as Prince Akeem of Zamunda is back, and he never fails to impress. The original movie was supposed to be a spin-off series back in 1989 but was never picked up. Now, after a long wait, the fans can rejoice as the sequel “Coming 2 America” is here!

The Coming 2 America movie is released online on Amazon Prime Video because of the ongoing pandemic. Thus you can watch the new movie safely from the comfort of your home!

The movie stars much of the original cast, like Eddie Murphy as King Akeem, Arsenio Hall as Semmi, Shari Headly as Queen Liza. Some new addition to the original cast includes Jermaine Fowler as Lavelle, the new Prince of Zamunda, Leslie Jones as Mary, Lavelle’s mother, and Tracy Morgan as his uncle. The flick is directed by Craig Brewer.

The Coming 2 America movie is a complete joyride! You can re-up your memories and take a nostalgic trip while watching the follow up to the classic “Coming To  America. You can read more about “Coming 2 America” here and make an agenda to watch it on Amazon Prime Video!

Coming 2 America Plot – A Fun Comedy Ride For You And Your Family!

So we will try not to ruin the plot at all for the viewers, but of course, it is important for you to know a little bit about the story of the movie you are willing to watch. The movie picks off after 30 years of the last movie’s events. Prince Akeem, who is to become the King of Zamunda, learns about a son that he had 30 years ago in New York on his first visit to America as he was looking for a bride for himself!

He is surprised to learn about this child as he doesn’t remember having an encounter with his mother years ago. Since Akeem and Lisa only have daughters, it is important for Akeem to prove he has a son to the neighborhood nation’s General Izzi, or else there can be War! Akeem needs a son in succession to carry forward his kingdom.

Although times have changed, it does make sense for the King and Queen’s eldest daughter, Meeka, to take the throne; the age-old traditions and customs get in the way as King Akeem faces the danger of War with his neighborhood kingdom.

Thus, Akeem has to travel all the way to America again! He and Semmi meet Levelle, who is unemployed but smart and witty! They take him, his mother Mary, and his uncle Reem to the kingdom of Zamunda! Lavelle has to prove his worth and capabilities to be the Prince and has to take some dangerous tests.

Although scared at first, he is encouraged by the Royal groomer Mirembe. He decides to embrace his princely life and take the tests with courage and mental effectiveness. The rest of the plot follows the ups and downs of Lavelle’s transition to the Prince, him learning more about his father and bonding between the two.

Since the movie is now set in modern times in modern America, there have been some obvious changes to the settings and the themes, which have changed over the last 30 years!

The comedic style of the Eddie Murphy movie has not quite changed much, but the settings regarding politically charged topics such as racism, African Americans, gentrification, etc., have definitely seen a shift in the story.

What Are The Reviews Saying About “Coming 2 America” 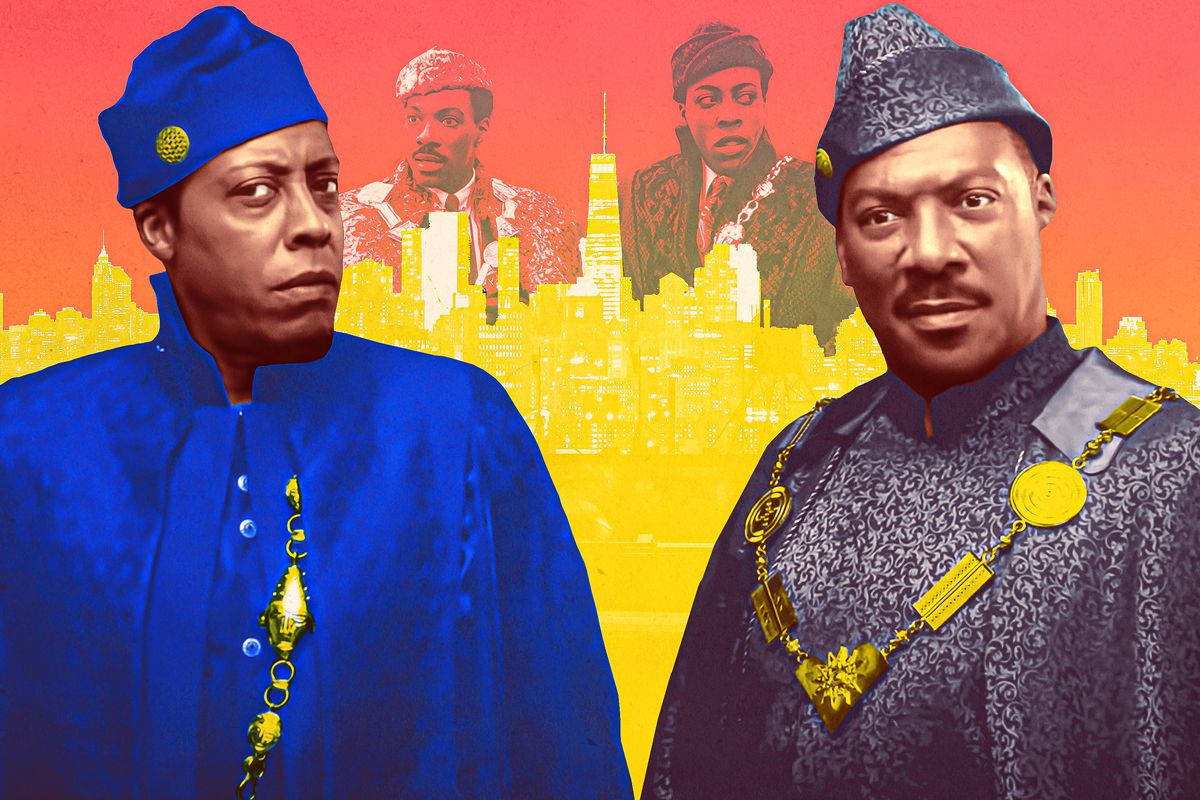 Even though one can only decide if they are going to like a movie or not based on personal preferences, Reviews are considered important as they tell you a lot about the plot, themes, and story of a movie! The early reviews of “Coming 2 America” have been largely medium in terms of the movie. The film has a rating of 5.4 on IMDB and 50% on Rotten Tomatoes.

The positive aspect of the movie is the comic timing of the actors and their performances. Eddie Murphy, Arsenio Hall, Tracy Morgan, and Leslie Jones are receiving special praises for their work, which is quite expected from seasoned comic artists like them. The new faces like Jermaine Fowler have also received a positive response from the critics and audience alike!

However, the storyline and screenplay of “Coming 2 America” have garnered some negative responses for the movie. Many critics feel that the plotline lacked originality and was just a rehashed version of the first “Coming To America”. Many also feel that the comedy has failed to develop and rise to match current times’ standards and is a little stuck in the 1990s.

Many people have also accused the film of holding on to stereotypes about the African American communities and racist stereotypes towards the kingdoms and tribal communities of Africa. Such stereotyping used for comedy can be quite detrimental for the members of those communities.

Similarly, it is surprising to many that King Akeem and Queen Liza’s daughters are not considered a candidate for the throne of the kingdom, considering Meeka was quite worthy of it. According to critics, a movie’s objective should not just be to entertain but also to maintain social prosperity in society and keep up with the times.

So Should You Watch “Coming 2 America” This Weekend?

Are you still confused about what to binge-watch this weekend or what to watch on a family movie night? “Coming 2 America” might be a great choice for you if you are looking for a light-hearted comedy! Here are our final thoughts on whether you should stream it or not!

There are a lot of movies and T.V. shows to be watched online nowadays, but this movie is brand new, and especially if you love the 90s and Eddie Murphy, then you are in for a ride! Moreover, you can watch the movie online and don’t have to go out or even buy tickets! So if you are looking for a fun time with your family and can’t decide what to watch, give it a try to “Coming 2 America”!